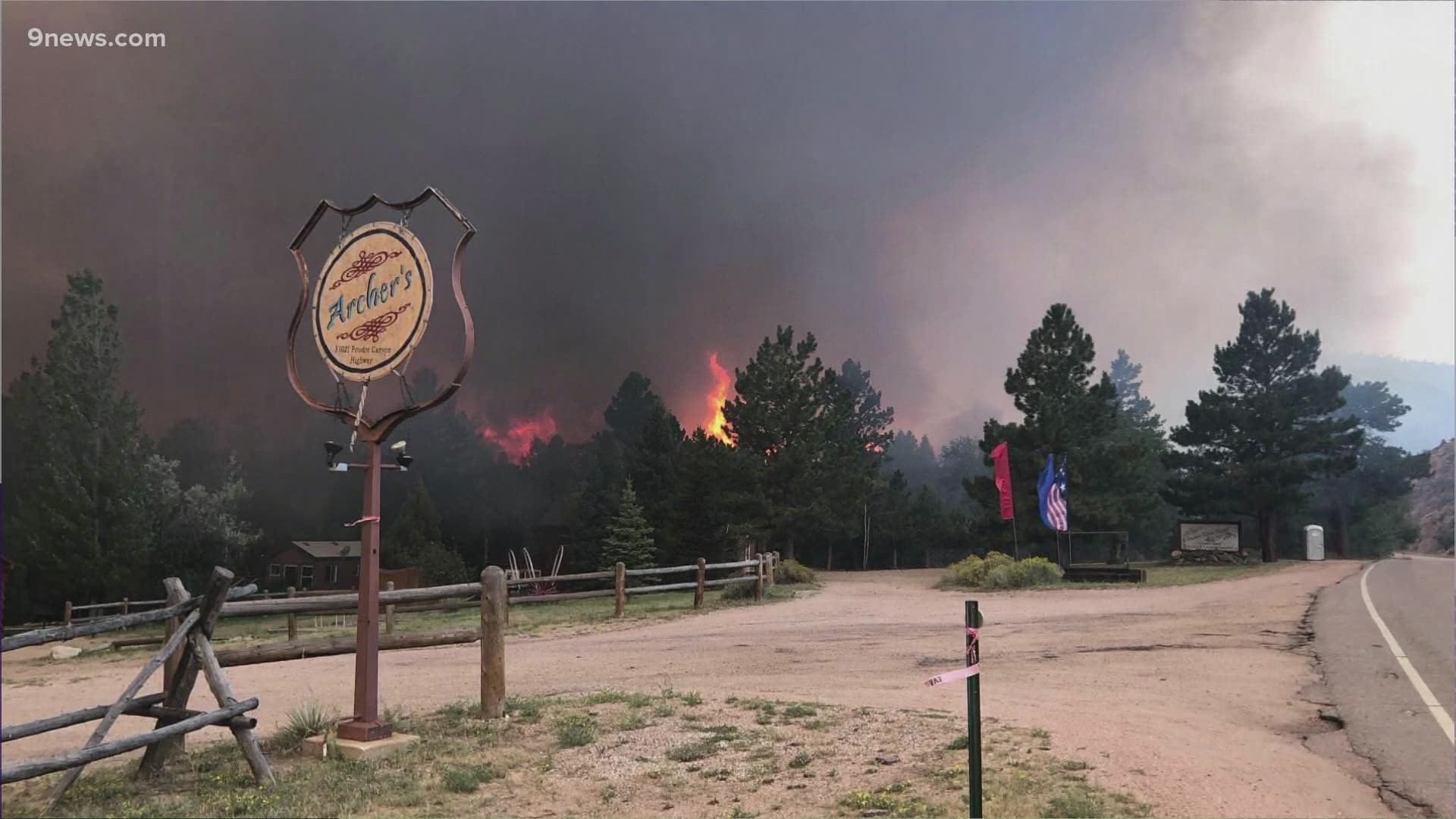 FORT COLLINS, Colo. — Maps of the Cameron Peak Fire show that it has burned areas to the north, east, south and west of Colorado State University’s (CSU) Mountain Campus at Pingree Park, but a school spokesperson said Thursday that the fire does not appear to have reached the campus.

"The information we have is that the fire did not reach the Mountain Campus," Dell Rae Ciaravola told the Coloradoan in an email.

The Larimer County Sheriff’s Office is in charge of assessing the status of structures in the fire area, a spokesperson for the fire incident command team said. The sheriff’s office was sending teams Thursday into the areas that burned when the fire flared up over the Labor Day weekend — more than quadrupling in size from about 24,000 acres Saturday morning to more than 102,000 Monday night — to gather that information, a spokesperson said.

The only two areas the sheriff’s office is aware of structure damage from the fire are along Colorado Highway 14 in the Poudre Canyon and in the Monument Gulch area east of Pingree Park Road and the CSU campus, officials said in an update Thursday on the county’s Cameron Peak Fire website.

Read the full article at The Coloradoan.