The governor made the announcement Tuesday as four wildfires burn in our state amid record heat. 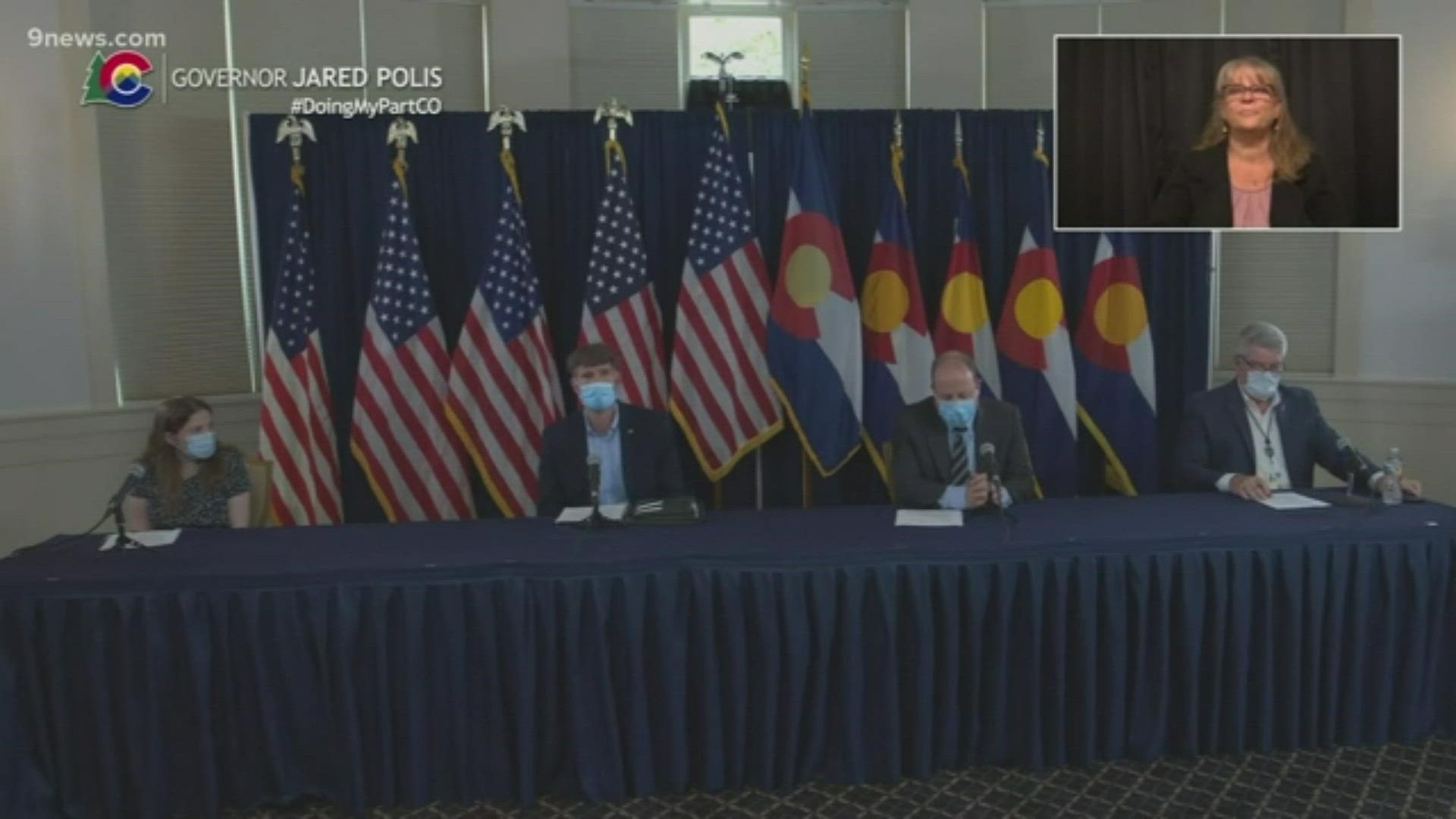 DENVER — Gov. Jared Polis (D-Colorado) announced a statewide fire ban Tuesday afternoon that will remain in effect for 30 days as Colorado deals with extreme heat and firefighters battle four large wildfires, three of which were human-caused.

"This is, unfortunately, the ideal environment for forest fires to spread," Polis said. "We need to do everything we can to prevent new fires from starting in the first place."

Open burning and fireworks are not allowed, however, things like camp stoves and backyard grills are. Polis said a statewide ban will provide clarity rather than leaving it up to local jurisdictions.

He made the announcement during a briefing about the wildfires and the current situation related to the coronavirus pandemic.

The briefing came as at least four major wildfires burn in Colorado, one of which is the Grizzly Creek Fire near Glenwood Springs. It has shut down a portion of Interstate 70 for more than a week.

Gibbs has been a certified wildland firefighter for 13 years and was deployed to the help fight the Grizzly Creek Fire. He said he's fought fires before but this year things were different due to the coronavirus.

Credit: KUSA
Dan Gibbs with the DNR speaks at a press conference.

He said morning briefings are held over radio communication instead of in-person and said the firefighters are kept with their own smaller group instead of gathering together at meals or for sleeping. Colorado National Guard members are also prepared to provide COVID-19 testing for deployed firefighters should the need arise, according to Polis.

Officials said those changes were made seamlessly because they've been planning all year how to deal with a crisis such as a wildfire during the pandemic.

"This pandemic has given us unique challenges. We knew that COVID-19 would create them. We, therefore, developed strategies to address these concerns," Hilkey said.

He said one area they focused on was early detection and aggressive initial attack for new fires. He said through those efforts they were able to identify 68 fires this year which were referred to local officials and quickly contained before they grew into large incidents.

The Pine Gulch Fire in western Colorado near Grand Junction topped 87,000 acres as of Tuesday morning, making it one of the largest fires in Colorado history. Large fires are also burning in Grand County and Larimer County.  So about $10.5 million has been spent fighting the fires.

All of those fires have greatly impacted air quality and some symptoms related to wildfire smoke are very similar to coronavirus. Anyone who isn't sure about their symptoms is urged to see their doctor and get tested.

At the briefing, officials shared good news about coronavirus in our state as some schools open this week for in-person learning.

"Ten of the last 14 days, we have had a downward trend," Polis said.

Polis said on Monday, they recorded one of the lowest positivity rates for the virus and said it was the direct result of Coloradans doing things like wearing masks.

RELATED: Students return to in-person learning for the first time since March

The mandate, put into place at midnight on July 17, will now run through Sept. 13. It requires face coverings to be worn in indoor public places. The order applies to anyone over the age of 10. People who have medical issues or disabilities that preclude them from wearing masks are exempt from the mandate.

When asked about the order requiring a 10 p.m. last call, Polis didn't directly say whether he would extend it.

Instead, he said there is "nowhere in the country" that is ready for nightlife to resume the way it was last year. He did however say, given the current state of the virus in Colorado, there could be room for some changes.

"With lower numbers, I'm hopeful that we can make progress on expanding opportunities for people to enjoy themselves," Polis said."At the same time with the virus present, we are nowhere near a situation where we can return the way we were living last year without giving the virus the opportunity to expand exponentially."