Here are all the wildfires burning across Colorado

Three of the four major fires are human-caused, which prompted a state-wide fire ban in an effort to prevent new fires from starting. 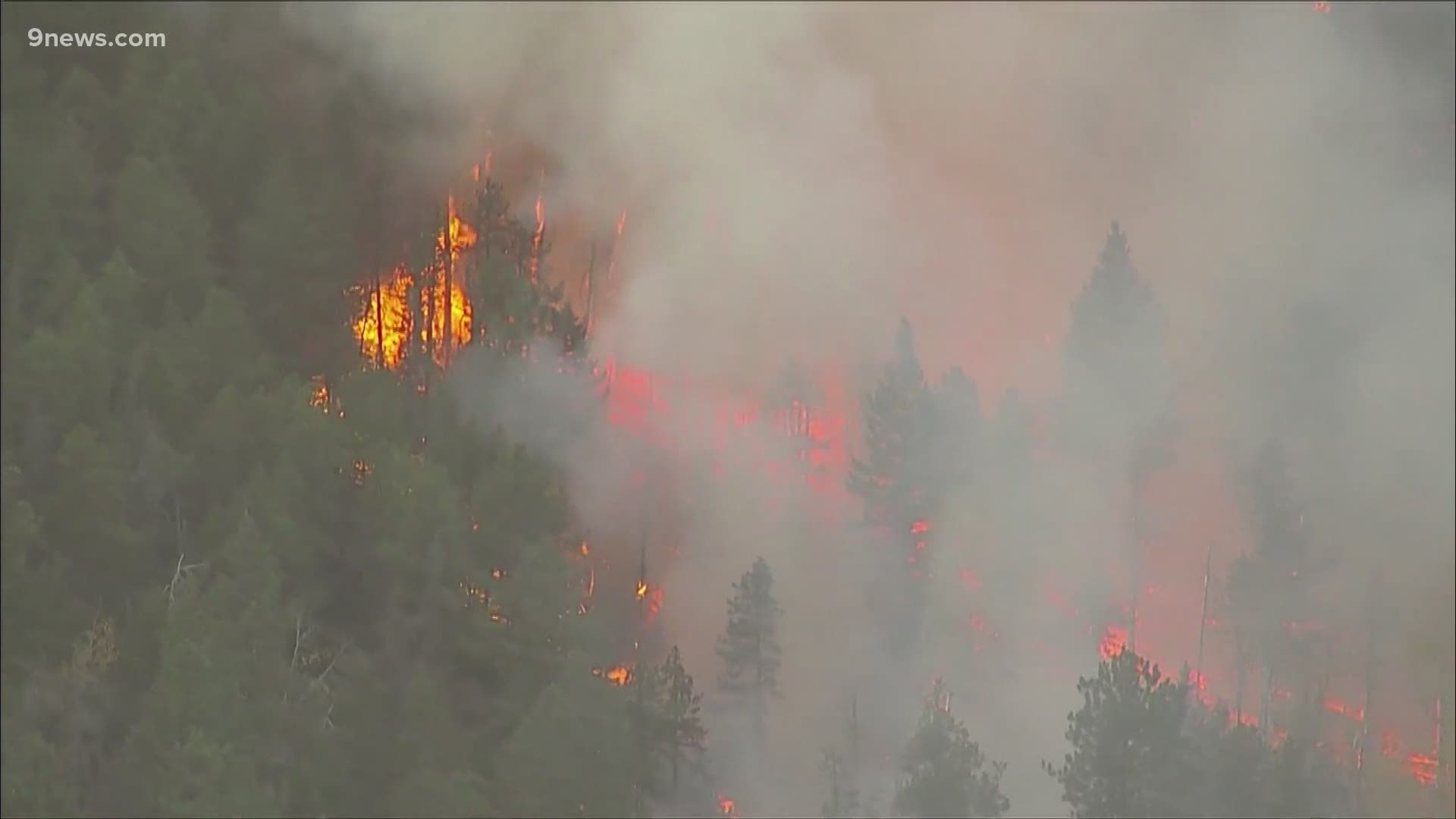 A new article on current wildfires was published on Oct. 19. This article is no longer being updated.

Below is a list of all the large fire currently burning in our state.

Mandatory evacuations ordered on Monday are:

On Saturday, Sept. 5, mandatory evacuations were ordered for residents and businesses along Highway 14 from the Poudre River fish hatchery east to Kelly Flats.

Mandatory evacuations were also ordered for the area around Pingree Park Road from Highway 14 south to the housing district east of the Colorado State University Mountain Campus.

Voluntary evacuations were issued for Crystal Lakes, Red Feather Lakes and the west side of the Manhattan Road from County Road 74E down to Highway 14.

Details: The Cameron Peak fire ignited on Aug. 13 on the Arapaho and Roosevelt National Forests near Cameron Pass and Chambers Lake. It is burning in heavy timber stands over rugged terrain. Hot, dry, windy weather, combined with critically dry fuels has been driving rapid fire growth.

> Click or tap here for the latest evacuation and road closure information.

Details: The Grizzly Creek Fire is burning in the canyon east of Glenwood Springs.

Firefighters are focusing their efforts on the No Name and Grizzly Creek drainages on the northwest edge of the fire, as well as the southern perimeter near Green Lake, which remain the two biggest challenges for fire managers.

The fire led to a record-long 2-week closure of Interstate 70 through that area between Glenwood Springs and Gypsum, before the highway reopened.

> Click here for the latest evacuation information in Garfield County.

> Click or tap here for the latest information about firefighting efforts

Evacuations: Evacuations and pre-evacuations are changing in Garfield County as fire activity decreases. Go to: garfield-county.com and scroll down to the “evacuations” tab for the most recent updates.

There are currently no pre-evacuations or evacuations in Mesa County: sheriff.mesacounty.us/FireInformation.

Details: The Pine Gulch Fire is the largest fire in Colorado history. It is located in Mesa and Garfield Counties, approximately 18 miles north of Grand Junction, Colorado and was sparked by lightning. The fire is burning in remote, rough terrain, in pinyon, juniper, oak and sage rush.

Crews and equipment are beginning to be released as the fire nears full containment.

> Click or tap here for more details about the fire.

Evacuations: The Williams Fork Fire Pre-Plan Map for pre-planning and preparation purposes is available for public use. There are no standing evacuation orders for residential areas, including the Fraser Valley. For the most current information and to sign up for CodeRED Emergency Notifications please go to gcemergency.com.

Details: The Williams Fork fire is burning in the Arapaho and Roosevelt National Forests seven miles southwest of Fraser.

The human-caused fire started near the Henderson Mill on Aug. 14 and quickly grew due to high winds and steep slopes. Very hot, dry and windy conditions allowed the fire to race through the timbered crowns of the Lodgepole Pine, fir and aspen forest.

Location: Near Las Animas County at the New Mexico/Colorado border

Evacuations: None. No threat to homes or infrastructure.

RELATED: Evacuations ordered after wildfire breaks out in Park County

Evacuations: All have been lifted as of Tuesday, Aug. 25.

Location: Near Spring Valley which is located about 8 miles north of Carbondale and about 9 miles south of Glenwood Springs.

Evacuations: None, evacuations have been lifted

Details: Fire crews responded to the lightning-ignited fire on Tuesday, Aug. 25 following a thunderstorm that moved through the area. They were able to stop the fire from actively spreading.

Details: Two Forest Service engines and one squad were ordered to battle this remote fire, along with one airtanker. Lightning sparked the fire, according to the U.S. Forest Service.

Details: Two Forest Service engines and one squad were called to battle this lightning-caused fire, which is burning in Ponderosa and tall grass.

Details: Rain has helped firefighters get a handle on this blaze, though pockets of heat will likely persist for the foreseeable future. A crew of six firefighters are on the scene to take care of potential flareups. 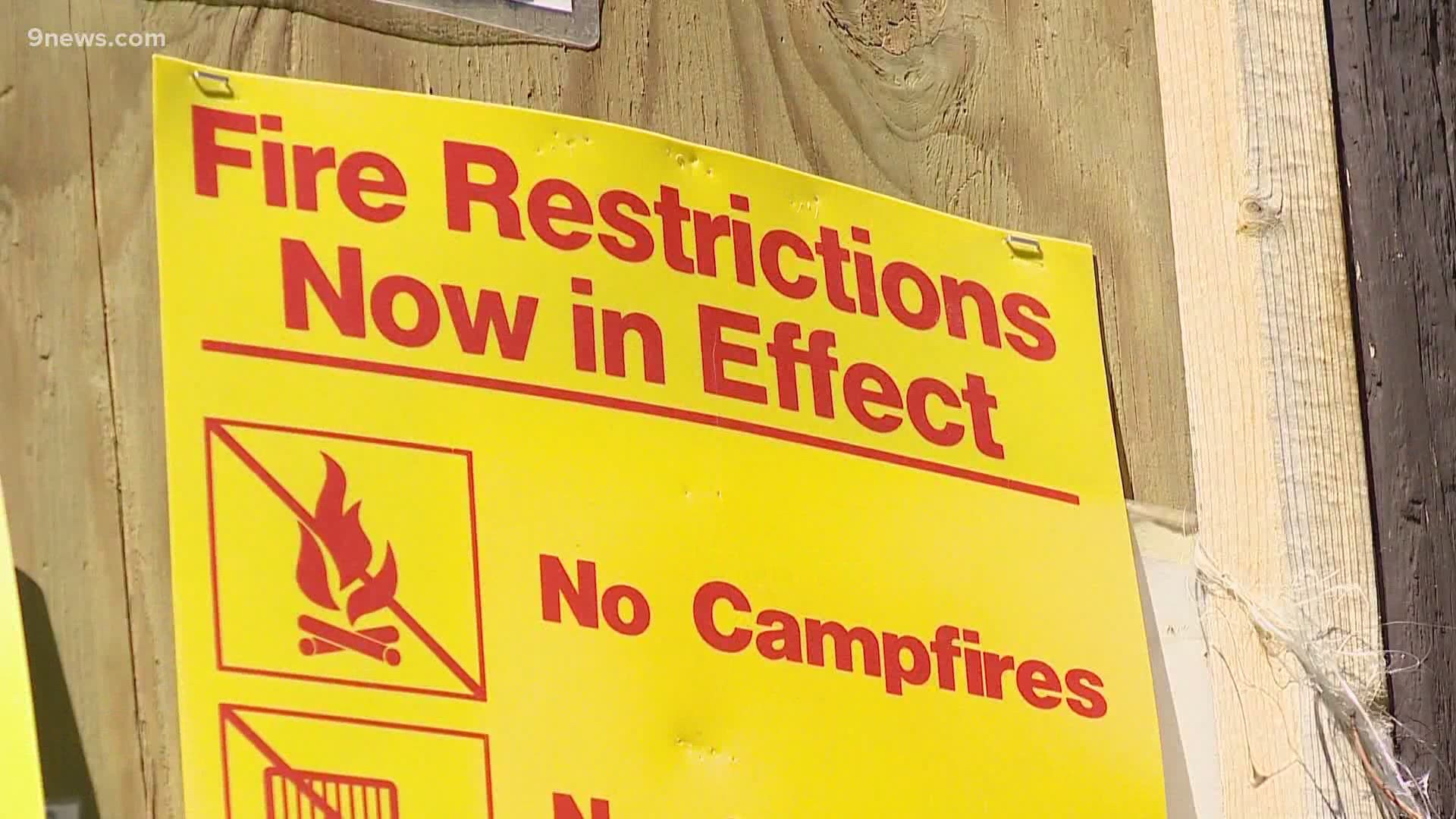