The Cameron Peak Fire is now the largest in Colorado history, burning more than 200,000 acres in the mountains west of Fort Collins and Loveland. 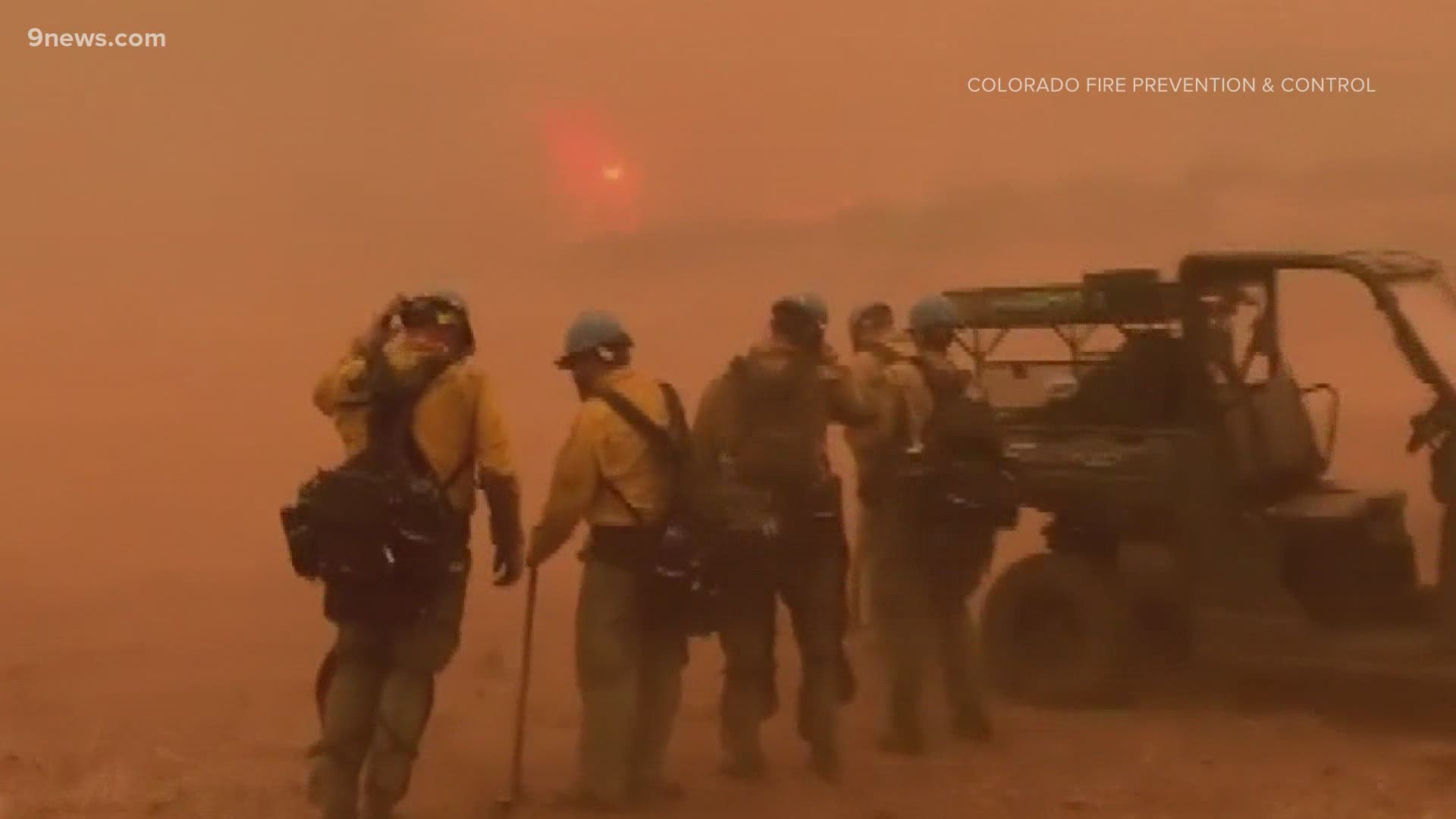 LARIMER COUNTY, Colo. — The Cameron Peak Fire has been burning for more than two months, stoked by high winds and continued hot and dry conditions well into the fall.

Dozens of homes have been damaged and hundreds of people are under evacuation orders. Nevertheless, the more than 1,400 firefighters who have been dispatched to the fire keep going closer to the dangerous blaze to protect people and property.

But in some cases, as the video from the Colorado Division of Fire Prevention and Control below shows, even they can't get close. 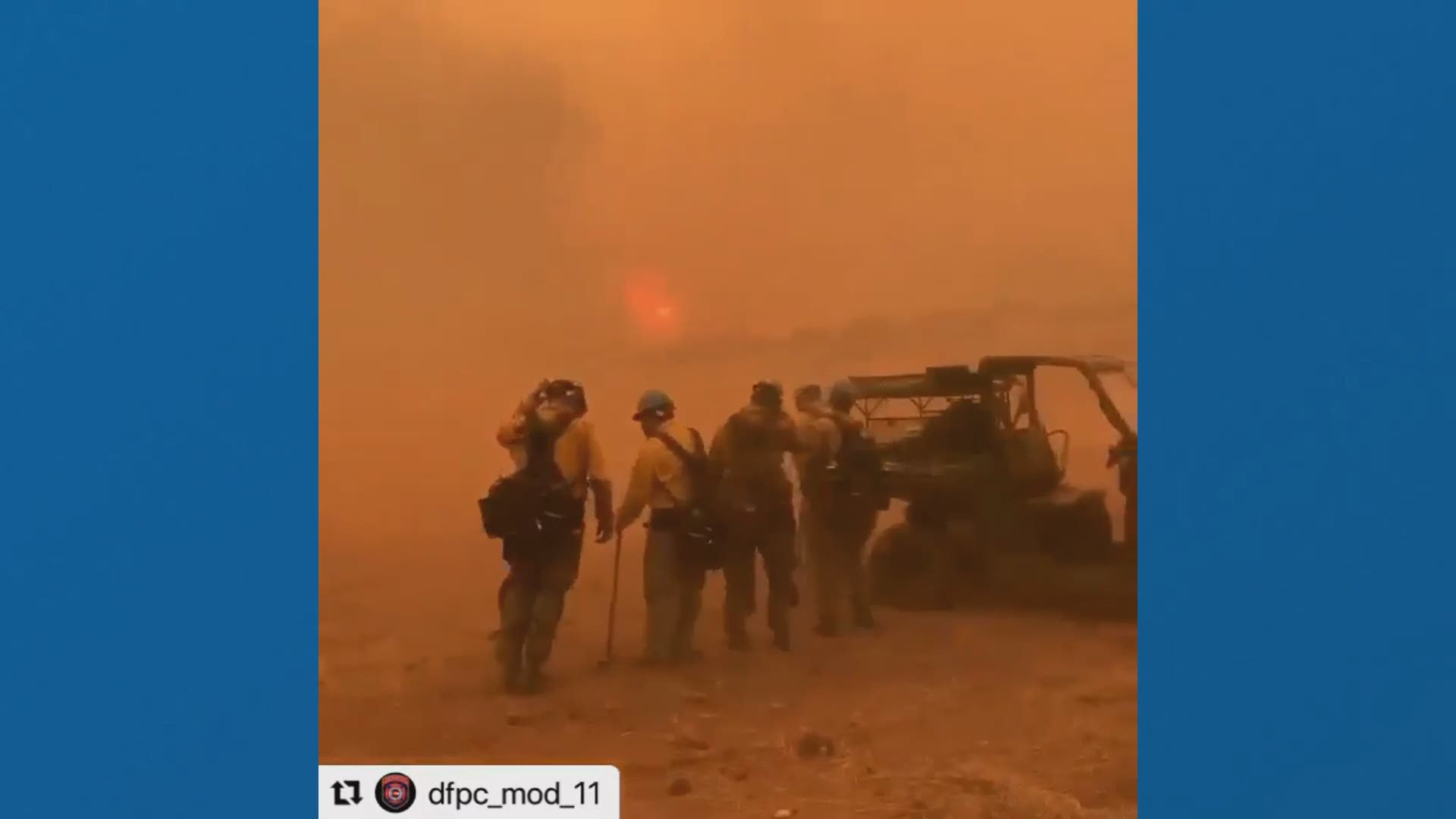 "This video gives a quick look into the types of wind conditions us and other firefighters on Cameron Peak experienced and have been experiencing over the duration of this fire," a caption to the video reads. "In situations such as this, there is little to nothing any human or piece of equipment can do besides watch the activity from a safe location, also known as a safety zone."

These were the conditions Battalion Chief Dan Battin found himself in when he was on the fire line of the Cameron Peak Fire last week.

“I about got blown off my feet once,” Battin said.

Battin works for the Colorado Division of Fire Prevention and Control as the Region 13 Battalion Chief. He an administrator behind a desk a lot of the time, but was on the line when Cameron Peak became the largest fire in the state's history last week.

“You’re out on the fire line and you just think, 'man, I just want to stop this thing, but I can’t,'" Battin said. "You know mother nature’s gonna have to stop it at some point."

As of this writing, the Cameron Peak Fire is 51% contained -- and there isn't expected to be a full perimeter until Nov. 8.

“I’m hoping for old man winter to get here," he said. "And I’m hoping people recognize that the risk for starting these fires is real."

Battin said he thinks about how something so small can start a wildfire while he works.

“I don’t know that I could ever describe what it’s actually like, you know, hearing a fire that sounds like a freight train," Battin said. "But what I want to tell people if they’re listening, is that all of that can be started by a campfire that wasn’t fully put out. Or not abiding by local fire restrictions."

The cause of the Cameron Peak Fire is still under investigation.

Photos from the Windsor-based Division of Fire Prevention and Control Overland Module from Instagram show just how perilous the work of these wildland firefighters can be.

These photos show firefighters conducting burn operations along a highway:

In another case, firefighters gathered under orange skies in haze that led to low visibility.

This photo shows some of these amazing men and women, who spend their days working to keep us safe during an unprecedented fire season.

Thank you, firefighters, for all you do! Colorado appreciates you.