'We do not have enough resources': State officials dealing with explosive growth of wildfires

State officials said they're hoping to get additional resources to battle at least seven fires in the state. 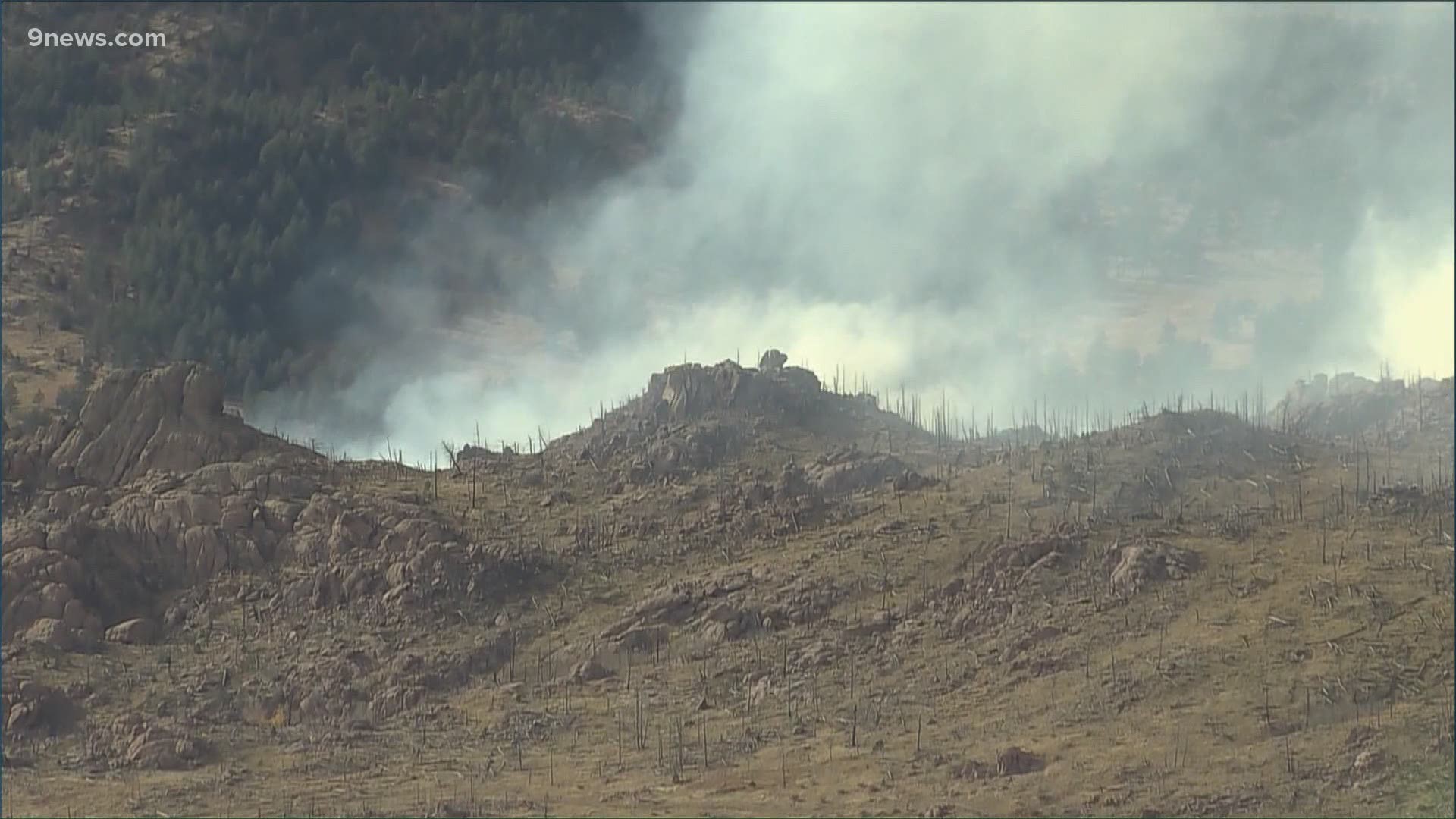 DENVER — State officials said their priority is protecting people and they've activated the Colorado National Guard to assist with efforts as three major wildfires burn in three different counties, forcing the evacuation of hundreds of people.

"We do not have enough resources to completely envelop this fire. These are very large fires so we're in a defensive mode trying to protect what we can," said Scott Jalbert with the Rocky Mountain Area Coordination Center, which is currently coordinating resources for seven fires.

The East Troublesome Fire burning in Grand County exploded in growth in the last 24 hours and has now burned more than 125,000 acres, making it the fourth largest fire in Colorado history.

"That means the fire grew over 100,000 acres in the last 24 hours," said Governor Jared Polis (D-Colorado). "It shows how quickly fires can move with the winds, with the weather."

When asked about the Super Tanker, which is currently in California, Polis said it would not have made much of a difference with the weather conditions.

"There is not any potential resource that you could throw at it that would change the trajectory of that fire. That is rapidly growing fire," said Polis. "They help with early suppression, they help with perimeter control, but they do not prevent a 10x expansion of a fire over 24 hours."

About 6,500 homes are in the evacuation zone for the East Troublesome Fire, but about 60% of those are second homes, so it's unclear exactly how many people have been evacuated.

Many of them are in hotel rooms due to COVID-19.

"We are making sure that we're doing our sheltering to the extent possible in non-congregate settings, so we're trying to make sure that individual families are kept individual," said Kevin Klein, the Director Division of Homeland Security Management.

The state Office of Emergency Management is activated at level 2, which is the second-highest level. Klein said they plan to begin damage assessment for the various fires soon, but said those could take time and are dependent on fire conditions.

The East Troublesome Fire grew so much within the last 24 hours that its' now very close to combining with the Cameron Peak Fire, which has burned through more than 200,000 acres and is the largest fire in Colorado history.

"The distance between the eastern edge of the East Troublesome Fire and the southwest edge of the Cameron Peak Fire is only about 10 to 12 miles," said Stan Hilkey, the Executive Director of the Department of Public Safety.

In fact, Hilkey said a spot fire from the East Troublesome Fire crossed over the Continental Divide.

"They're diverting resources to that right now," said Hilkey. "Which is what triggered the western edge of Estes Park being evacuated."

Weather conditions Thursday will continue to be difficult with sustained winds of 25 to 30 mph. While a dusting of snow is expected Thursday night it won't be enough.

"Not much moisture with that but it will be enough to wet things down a little bit and reduce this extreme fire behavior," said Greg Hansen a meteorologist with the National Weather Service (NWS).

Before another, bigger storm moves on Sunday, crews will be dealing with a weather pattern that will once again bring very strong winds.

"We'll have some big fire behavior," Hansen said. "Even without that very low humidity. Those big fuels that are burning are still very dry."

The best chance for snow comes Sunday with upwards of a foot possible on the ridge top but even that won't bring an end to the wildfire season.

"It will slow things down, let us hopefully get an upper hand," Hansen said "Typically we don't see these kind of conditions this late in the year. We're expecting to see snow stay around and extinguish these fires this time of year and we really don't see that happening with snowfall event.

I think we're looking at later in the month, early November when we get the accumulating snows to really put this event to bed."

The fires burning in Boulder, Larimer and Grand Counties have forced hundreds of people to evacuate from their homes. There are also numerous road closures in place due to the fires.

Rocky Mountain National Park (RMNP) is closed to all visitors due to fire activity. Numerous closures of state lands were announced earlier this week. They include all Arapaho and Roosevelt National Forest Lands in Boulder, Larimer, Clear Creek, Gilpin, and Jefferson Counties. Some Bureau of Land Management lands in Larimer and Boulder County are also closed as well.

RELATED: All of RMNP closed to visitors due wildfire activity