Here are the wildfires currently burning in Colorado

Four fires in the state are more than 1,000 acres in size. 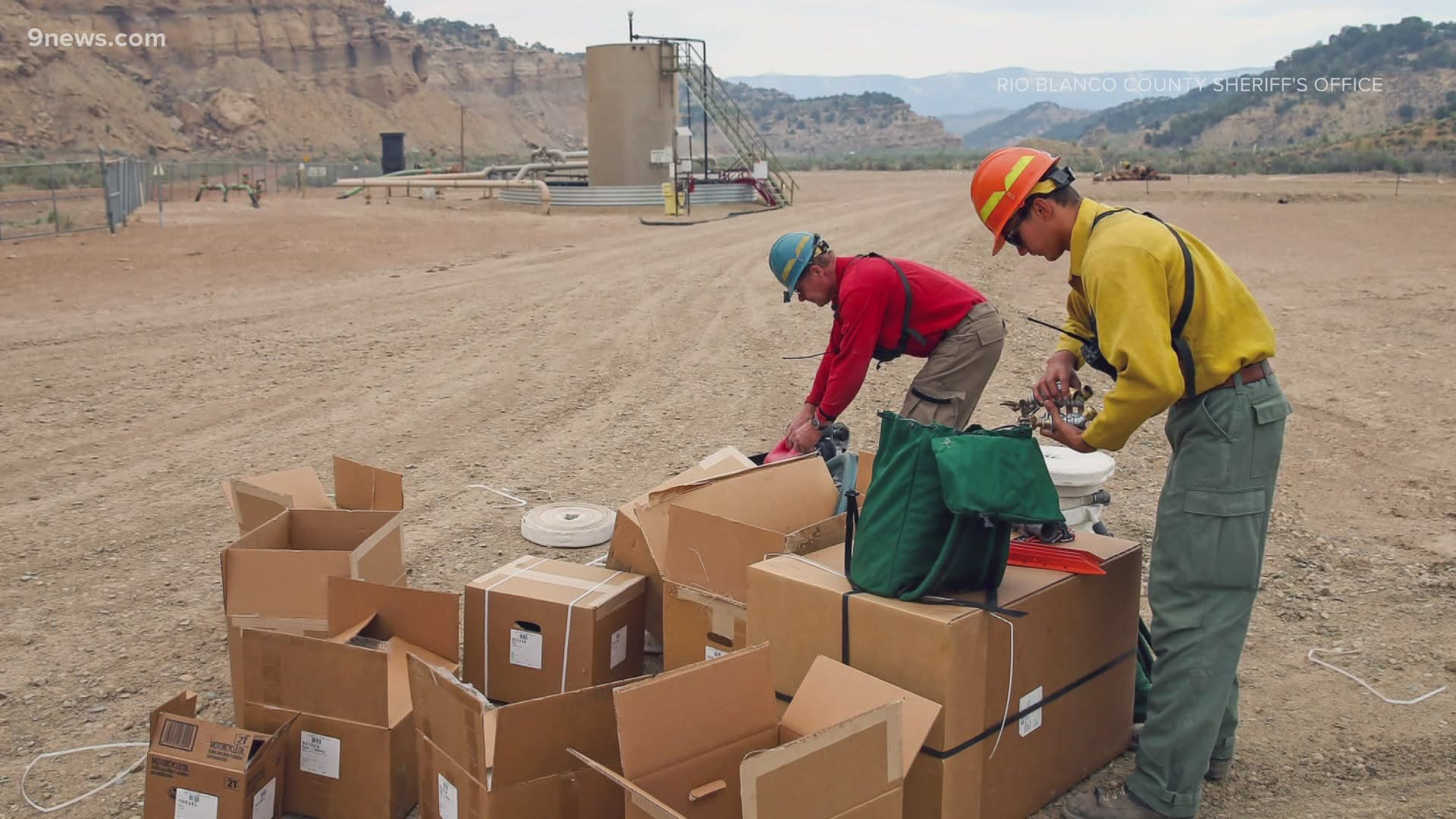 COLORADO, USA — Fire crews are battling a number of blazes around Colorado. The fires are burning around the state from far northwestern Colorado to the Western Slope and in north-central Colorado.

>Video above: The Eagle Valley Wildland Team brings together agencies from across the area to train to fight wildfires like the Sylvan Fire.

Some of the fires got some welcome rain Thursday, but fire managers said the relief may be short-lived as warmer, drier conditions are being forecast for next week.

To check for the latest air quality advisories, go to the Colorado Department of Public Health and Environment's site.

The roundup of the fires burning are below.

Cause: Suspected lightning, but still being investigated

The fire, which is burning in lodgepole pine and other timber, grew rapidly Tuesday afternoon and evening, forcing Eagle County officials to call for evacuations for a number of areas. They are:

Pre-evacuation notices have been ordered for residents in the areas of:

In Pitkin County, officials said residents in the upper Frying Pan Valley with livestock needed to evacuate their animals. Click here to see where livestock can be taken.

Another 0.3" of rain fell over the fire area in the past 24 hours, the incident command team said Sunday. The wet weather helped firefighters make good process on building firelines, but slippery conditions have increased safety concerns. No serious injuries have occurred. 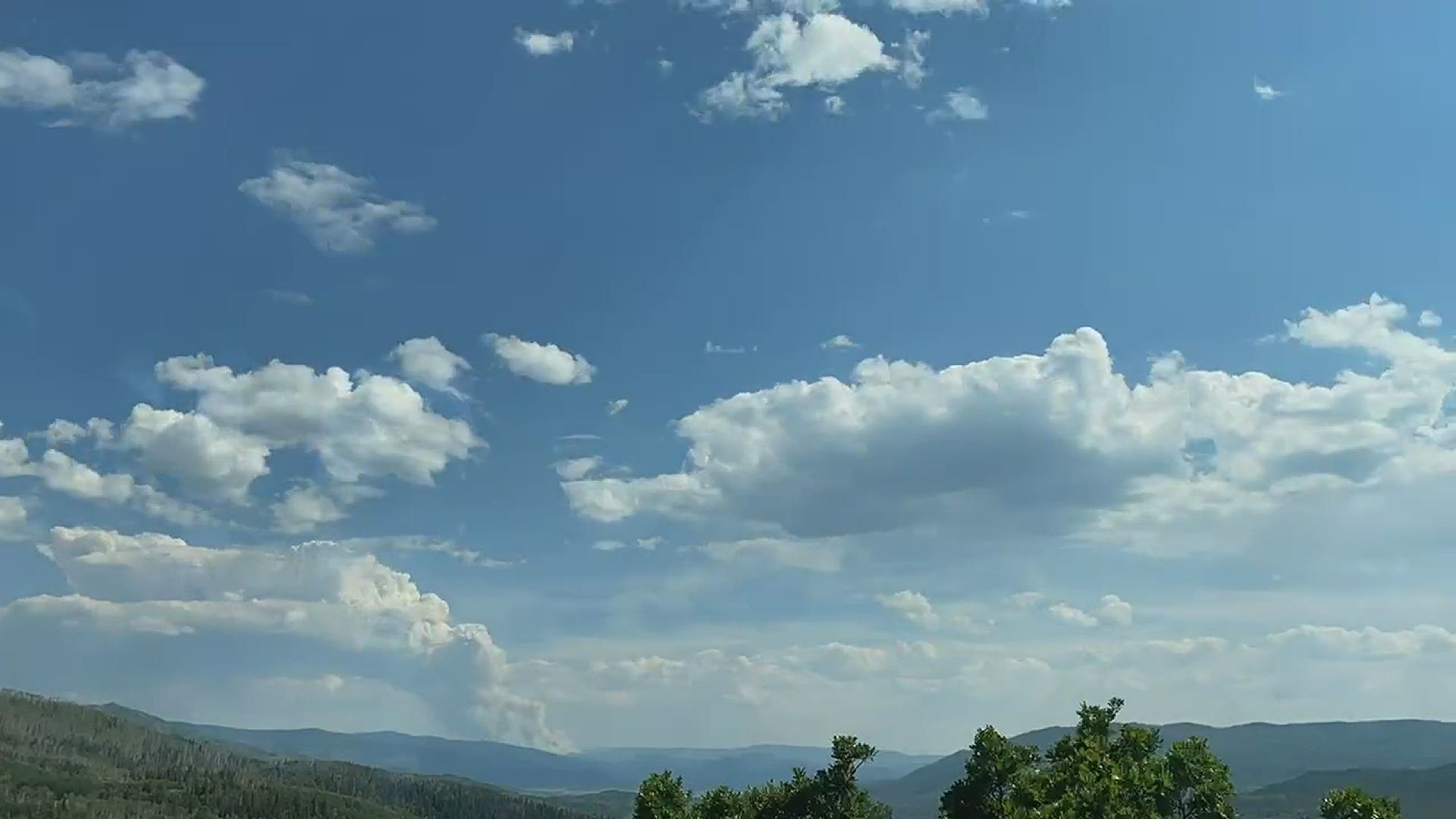 The Muddy Slide Fire was first reported on Sunday, June 20.

Scattered showers over the fire area kept fire behavior to a minimum on Saturday, according to the incident command team. Creeping and smoldering was seen in several areas within the fire perimeter, while heavy, dead fuels like logs continued to burn.

Evacuated residents with livestock can take them to the Hayden Fairgrounds. People with pets can drop off their animals with the Routt County Humane Society in Steamboat Springs, but they need to call first to make sure someone is on site. The Humane Society's number is 970-879-1090.

Fire managers said this is expected to be a "long duration fire."

The Rio Blanco Sheriff's Office has lifted all of the evacuations related to this fire, and reopened County Roads 23, 103 and 122, and Highway 139.

Crews were able to access the fire safely despite muddy conditions after rainfall. Mop up continued along Highway 139 and at the fire's edge past West Creek drainage, as well as along County Road 116. Containment increased along the southern area of the fire.

As of Friday morning, Stage 2 fire restrictions were put in place for Rio Blanco County.

Cause: Lightning is suspected

The fire is burning in western Garfield County west of Highway 139 and just east of Baxter Pass.

Credit: Bureau of Land Management
Smoke and flames billow from the West Fire on June 22.

The West Fire was first reported on Sunday, June 20 just after noon.

The fire barely increased in size on Sunday, while containment remained at 98%. That was due to rainfall on Friday and Saturday.

The BLM said Tuesday the fire had crossed into southwestern Wyoming. 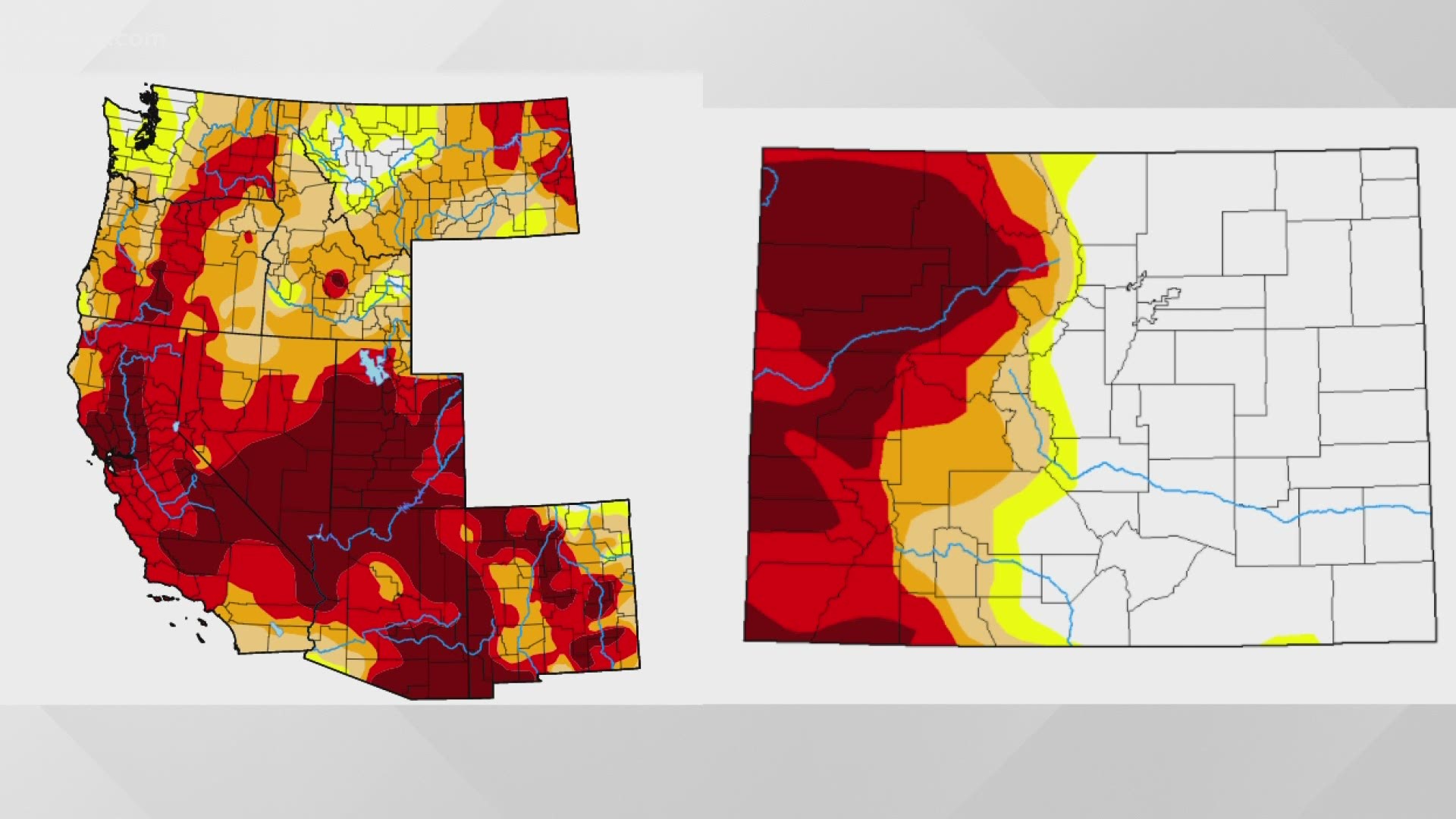