Courtney and Todd Walsh have a spreadsheet of every item they ever owned to try to justify their worth to the insurance company. 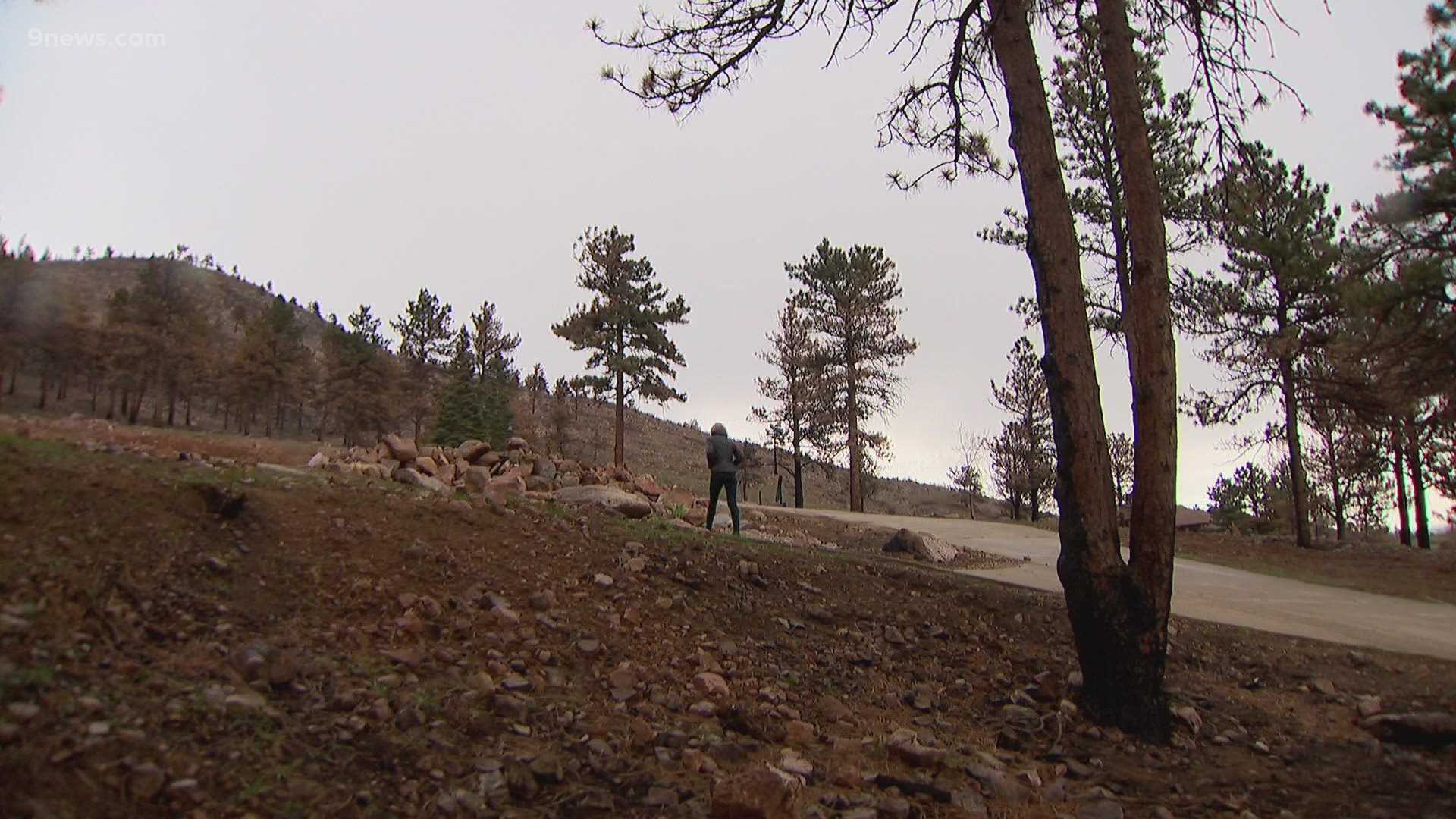 BOULDER, Colo. — On a Friday morning in Boulder at the base of Chautauqua Mountain, the Walshes get their kids ready for school in a rental home.

"We've been here since December, so we're sort of getting used to the new normal," said Courtney Walsh, a wife and mom of two kids.

It's their second time getting used to a new normal during the pandemic.

That drastic change came on Oct. 17, when the Calwood Fire destroyed the family's home on Bellevue Drive.

The Walsh's house was one of 20 lost in the largest fire ever seen in Boulder County.

“When I was going through the house, I certainly thought that I would be back," Courtney Walsh said. "I didn’t think that that was the end."

Her husband Todd Walsh said they are comfortable in their rental, but it's not home, and they aren't sure when they will create a new one.

“We’re not even close," he said. "We had another meeting with attorneys trying to sort out what the insurance company is and is not going to do."

Courtney and Todd Walsh had homeowners insurance, and they thought the story would end there. After a total loss, they figured they would get the largest number on their policy.

Instead, they said it's been a battle of worth, arguing the value of their home and every item in it to their insurance company.

“But the insurance process is just so brutal," Courtney Walsh said. "It’s like having to recall every single little item that you ever owned and having to recall that back to the insurance company, and they don’t really care, they just want a number at the end of the day. But then you have to justify everything that you owned in order to get any semblance of the value back."

Courtney Walsh pulled up a spreadsheet with hundreds of items from the groceries in their fridge to a rocking chair from Todd's great-grandmother.

They are told to write the item, a dollar amount, and a justification for its value.

"So the rationale for the price on the great-grandmother’s rocking chair makes me want to put up my middle finger," Courtney Walsh said.

In the dollar amount column for the rocking chair, she initially wrote "F****** Priceless."

"And for and industry to take those moments and to recognize the pain that’s inflicted when you have to recall that stuff, and to use that as a mechanism of tiring out the opponent...we are their customer," Todd Walsh said. "And the reality is all of us have a choice of who we get to use and do business with and we can demand the industry to change."

While the Walshes aren't disclosing their insurance company's name, they hope to share their story to help others who will be in their situation in the future.

The Walshes have not yet filed a complaint because they are working with lawyers.