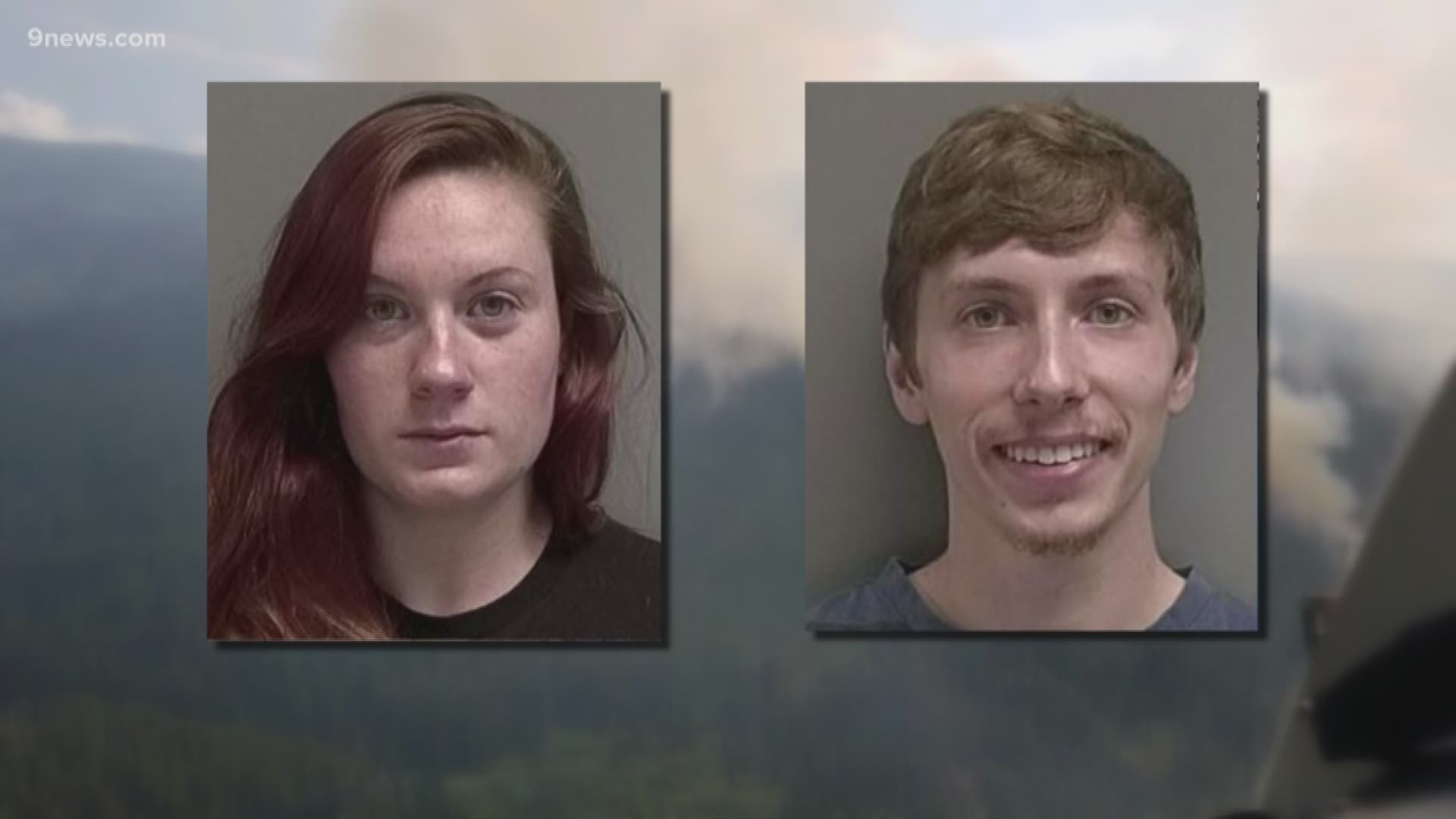 PITKIN COUNTY, Colo. — An inch of rainfall in the Roaring Fork Valley over the past week has granted a temporary reprieve from extreme wildland fire danger, but people who witnessed the Lake Christine Fire three years ago are not letting their guard down.

Basalt resident and former Pitkin County Deputy Sheriff Joe Bauer on Friday posted a photo on Facebook from July 2018 of an air tanker dropping retardant that prevented the flames from sweeping through town.

“We’ve had some rain but not enough,” Bauer wrote in the post to the Basalt Community Page. “It’s still extremely dry. Please follow fire restrictions, be smart, be safe and enjoy the weekend.”

The Lake Christine Fire broke out when people illegally shot incendiary ammunition at the Basalt shooting range on July 3, 2018. The fire threatened Basalt and El Jebel at different times. It destroyed three homes and forced the evacuation of hundreds more. It eventually swept over 12,500 acres and cost $40 million to extinguish. It remains etched in the minds of many midvalley residents.

This year, fire threat looms once again. Pitkin and Eagle counties, the White River National Forest and Bureau of Land Management have Stage 2 fire restrictions in place, banning all open sources of flames, including campfires at established campgrounds and backyard charcoal barbecues. Garfield County eased its restrictions down to Stage 1 on Friday, reacting to the rainfall.

>> Watch below: Aerial footage shows how close wildfire got to homes

Roaring Fork Fire Rescue Fire Chief Scott Thompson supported remaining in Stage 2 restrictions. The fire danger remains high and a lot of people will be hitting the great outdoors this weekend, he noted.

“It didn’t make any sense to drop down to Stage 1,” Thompson said.

He’s hoping the recent rain won’t make people complacent. Some have already called to ask whether they could use their backyard fire pits for the holiday weekend. The answer was no.

Public safety officials hung up two large banners Thursday in the Aspen-Pitkin County Airport — one at the entrance of the terminal for people departing aircraft and the other in the baggage area. The banners have a chilling image of fire in a forest and copy that says, “Fire Restrictions Are in Effect for Pitkin County.”

Valerie MacDonald, director of emergency management for Pitkin County, said fire officials are more concerned with fire danger this year than in 2018.

“We have been in a prolonged severe to exceptional drought the last two years, we are pushing record high temperatures, soil moisture levels are still deeply deficient, live fuel moisture levels have reached critical thresholds and vegetation is drought stressed,” MacDonald said via email. “Our cool, wet weather this past week has caused a drop in our indices that we analyze to determine fire restrictions. That said, we are not out of the woods.”

The National Weather Service is forecasting temperatures to climb by the middle of next week, so the conditions that factor into fire ratings will climb right back up, she said.

MacDonald said she is hopeful that people will heed the warnings, thanks to an encouraging sign. More than 700 people have registered for Pitkin County alerts in the month of June alone. The alerts provide information on the status of any wildland fire as well as orders for evacuations. They also provide information on other emergencies. The link to sign up is at https://pitkincounty.com/list.aspx.

White River National Forest Supervisor Scott Fitzwilliams had a slightly more optimistic take on conditions. He said he would sleep easier this Fourth of July than he has in recent years.

“This latest round of weather has made us breath easier, at least for the short term,” he said.

Fuel moisture levels have increased and, as a result, the rate of spread of a wildland fire would be diminished. In addition, there are roughly 1,500 federal firefighters and accompanying aircraft staged in Colorado right now for rapid response, according to Fitzwilliams.

While the rain and cooler temperatures have revived vegetation and lifted spirits, it has done nothing to remove western Colorado from the grip of drought. The western two-thirds of Pitkin County are classified as in “extreme drought,” the second highest category, in the latest map released Thursday by the U.S. Drought Monitor.

The majority of Garfield County is rated in “exceptional drought,” the highest category, while Eagle County is divided in thirds, from exceptional to extreme to severe, going west to east.

The Aspen Global Change Institute tracks precipitation, temperatures and soil moisture levels at 10 stations from the high elevation of Independence Pass to Glenwood Springs. Collectively they are known as the Interactive Roaring Fork Observation Network or iRon. Data from the sites are collected every 20 minutes and transmitted every four hours.

One of the goals is to gauge impacts of a warming climate on soil moisture and what it means to the ecology of the Roaring Fork Valley, said Elise Osenga, community science manager for the Institute.

The soil moisture is measured at the 2-, 8- and 20-inch levels. “They are all important in a different way,” Osenga said.

The 2-inch gauge shows how surface temperatures affect soil just below and how plants with shallow root systems are affected by weather. The 20-inch gauge helps determine how well runoff from the snowpack settled in. The 8-inch gauge is a good intermediate depth measurement to track ongoing effects of drought and how rainstorms affect soils. It typically takes a rainstorm that delivers more than about one-half inch of rain to penetrate to that depth.

Overall, she said, the graphs show that 2021 is comparable to 2018 at the various depths in terms of the soil drying out.

At the 8-inch depth on Independence Pass, the graphs show that, “Snowmelt and subsequent drying began early in both 2018 and 2021,” Osenga said.

Conditions dried quicker in 2018 but they quickly caught up and became just as dry in 2021.

At the 20-inch depth on Independence Pass, soils “never reached full saturation during spring snowmelt,” Osenga said. Soil moisture reached a higher level in both 2017 (a more normal year) and 2018 (another dry year), the graph showed.

The graphs from the Glenwood Springs station show that “dry soils are common” at the 8-inch depth and 20-inch depth by July, Osenga said. The soil moisture was slightly lower this year than in 2018 at both depths.

Roaring Fork Fire Rescue’s Thompson said there are plenty of reasons to be concerned about the wildfire risk this year, including memories of the Lake Christine Fire. He said the department isn’t doing anything to note the anniversary.

“We all just hope it doesn’t happen again,” he said.

RELATED: 150 scientists sign letter urging the western part of the U.S. to not use fireworks this Fourth of July