The fire was approximately 12 acres and prompted evacuations in the Payne Gulch subdivision. 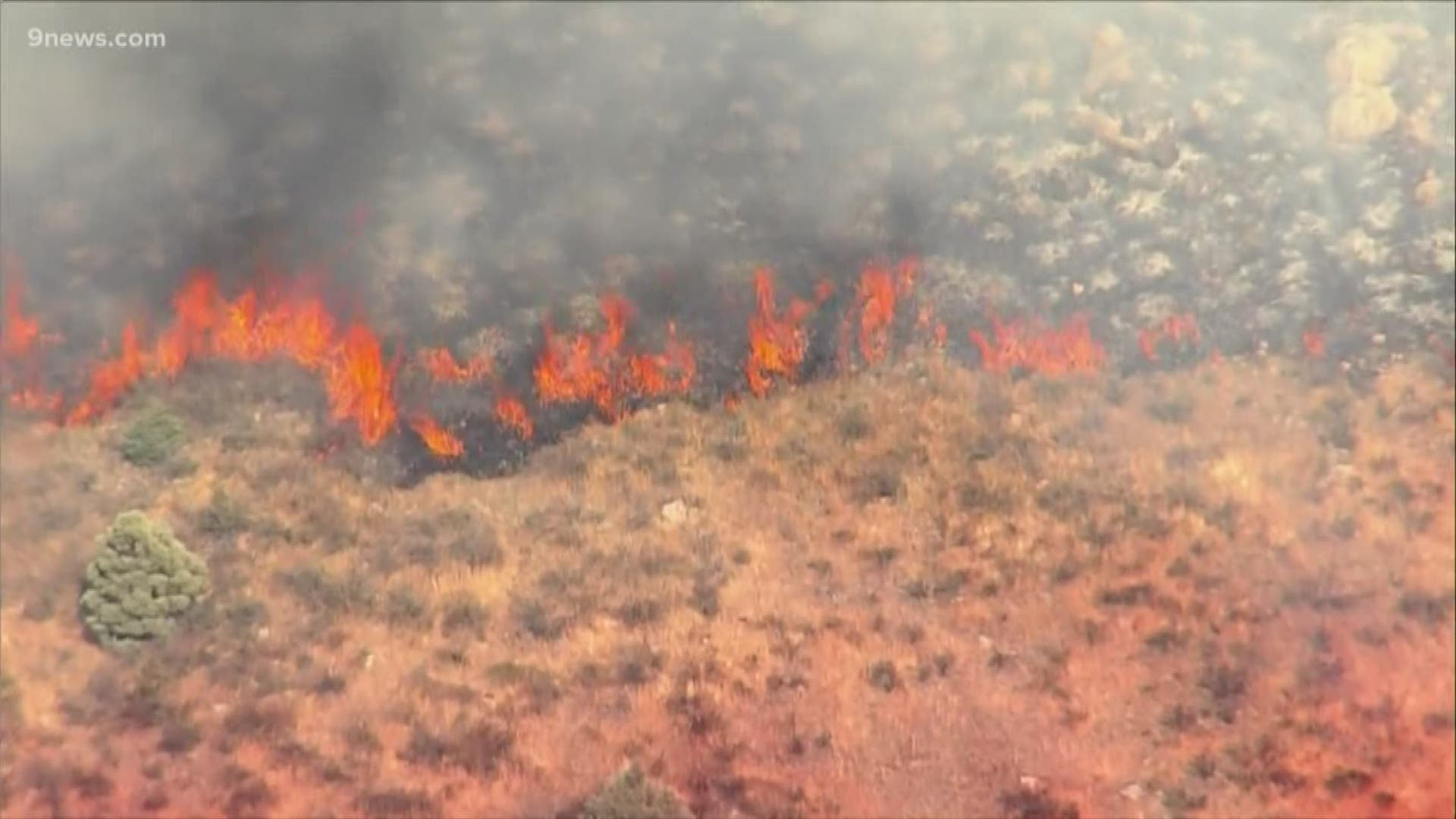 BAILEY, Colo. — A fire, dubbed 64 Alfa, has been 100% contained according to a Park County Sheriff's Office tweet Tuesday afternoon.

Residences on County Road 64A and County Road 64B in the Payne Gulch subdivision were evacuated, according to Jeffco Sheriff's Office Public Information Officer Jenny Fulton. However, those evacuations have been lifted.

Park County Sheriff Tom McGraw said two men were target shooting when their bullets caused a spark and lit the grass on fire. They tried to put it out, McGraw said, called 911, stayed at the scene and were very cooperative.

There was no fire ban at the time, McGraw said, so they weren’t breaking any laws by shooting. Platte Canyon Fire Department has since issued a burn ban, effective immediately.