Crews battle large grass fire along I-270 in Commerce City

The fire reported around midnight is still burning but has been contained, South Adams Fire said. 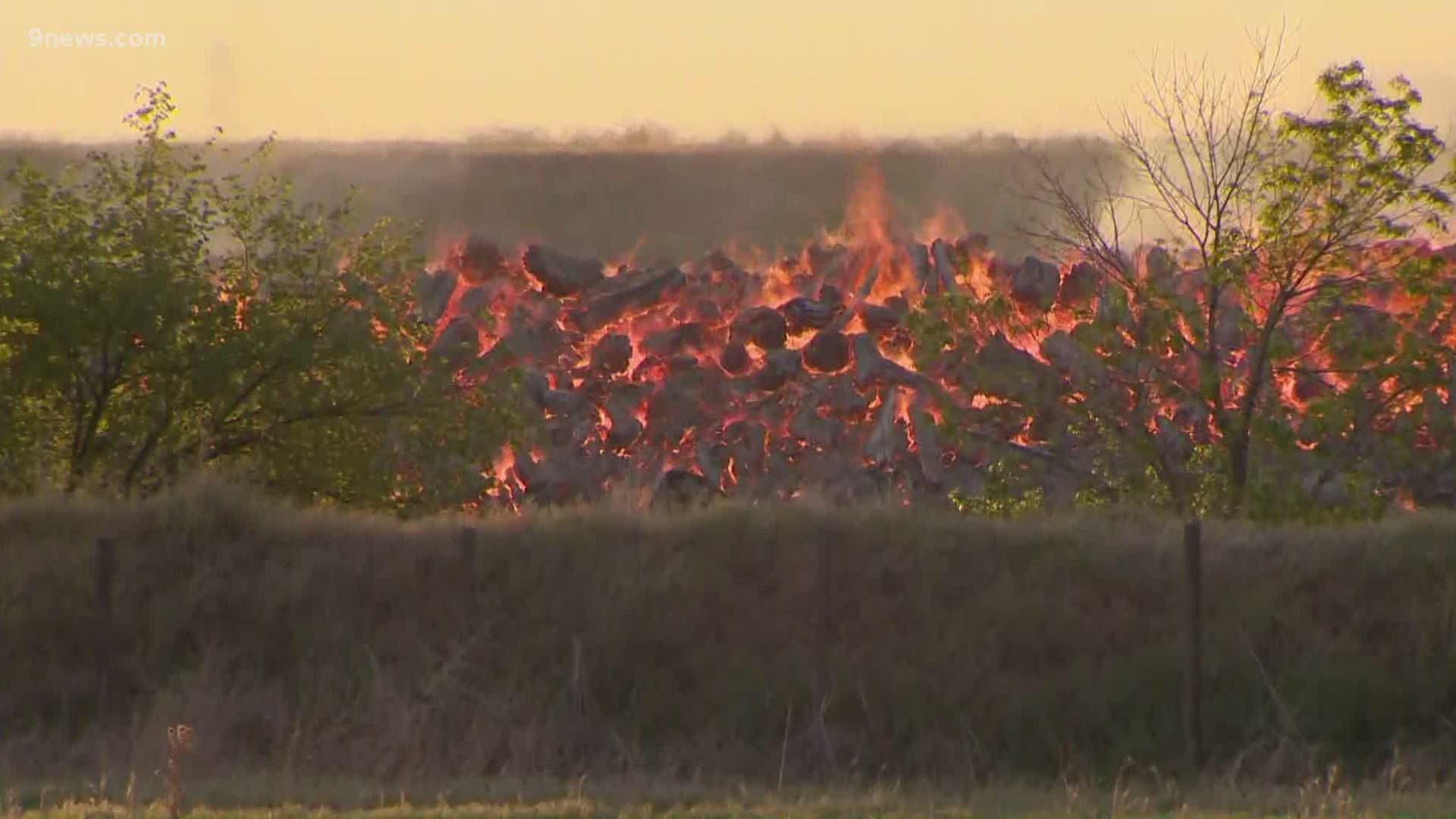 COMMERCE CITY, Colo. — A large grass fire near I-270 and the South Platte River has been contained but is still burning Thursday morning, South Adams Fire (SAF) said.

SAF said the fire was reported just after midnight, and the fire grew significantly. The fire was originally reported as 10 feet by 10 feet with 40 foot flames, and quickly grew from there, according to South Adams Fire spokeswoman, Maria Carabajal.

According to crews on scene, the fire is in an area with a lot of wood and wood chips. Dry conditions and heavy winds are likely the cause of the fire, according to Carabajal.

The fire is located along the northeast part of I-270, near South Platte River and west of Vasquez Boulevard in the Commerce City area, according to SAF.

Several SAF units are on scene and Adams County Fire Rescue is assisting.

RELATED: Man accused of shooting Waffle House cook who refused to serve him for not wearing face mask