The Cameron Peak Fire came close to CSU'S Mountain Campus in Pingree Park over the weekend. 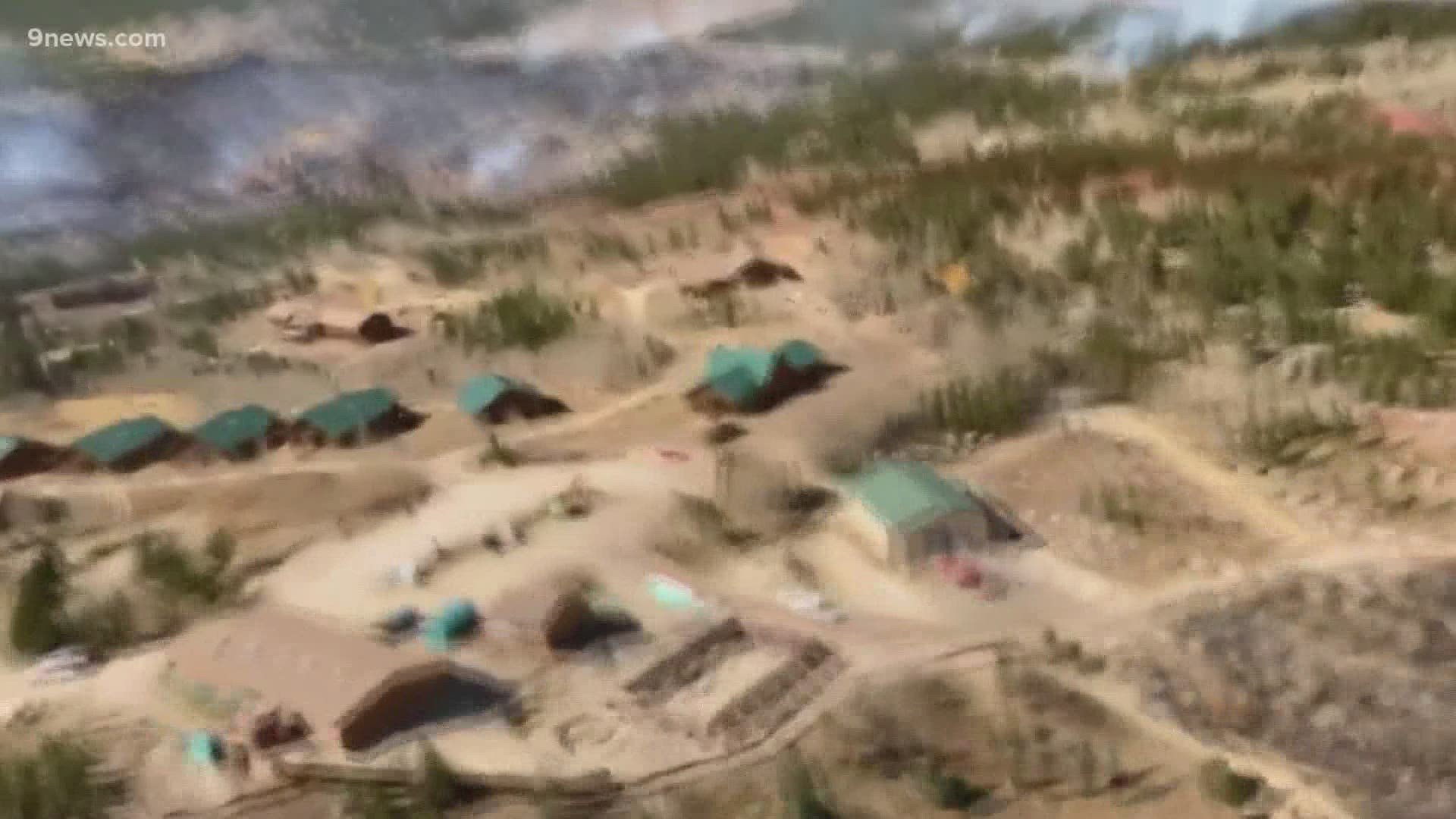 FORT COLLINS, Colo. — Colorado State University has a Mountain Campus that is in very close proximity to the Cameron Peak Fire. The flames made their closest run at the school on Friday and Saturday.

Firefighters posted a video to the Cameron Peak Fire Facebook page on Saturday showing just how close the fire was to some of the buildings at the Pingree Park campus.

That gave some of the school administrators mixed emotions. The fright of seeing the fire creeping in, but also some relief.

“Truly there is relief in seeing the retardant lines that they dropped on Saturday to help protect the campus, and it just brings up these feelings of gratitude,” said Tess McGinty, assistant director of the CSU Mountain Campus.

Firefighters said they have been able to divert the wildfire around the campus for now. McGinty said there are more than 80 buildings on the campus, including some historic homestead buildings left from the first settlers of that area.

“There is such a rich history on that land and it dates back to when the Arapahoe, the Utes, and the Cheyenne lived there," McGinty said. "But we have a lot more tangible history there that relates to the homesteading days."

She said that CSU worked with firefighters to identify those historic buildings as high priority assets to be protected from the Cameron Peak flames.

Firefighter have been using the campus to house some of their crews, and protection efforts there have been aggressive. They say they have been doing point and structure protection there for several days.

The campus was open and available for firefighter use because it was already void of students due to the COVID-19 situation.

McGinty said there would normally be about 3,000 CSU students living and studying at the campus as their main academic season is from May through late August.

Those students, who mostly have an emphasis in natural resource sciences, have been working remotely this year, and there were only a handful of administrators on the campus when the fire first broke out in August.

In the fall there are no college classes, but the campus would normally be buzzing with about 2,000 fifth-graders from the Poudre School District. A program they call "Eco-Week" would bring in several schools every week for eight. Kids spend three days learning about natural sciences first-hand.

"It was not an easy choice to come by but we knew it just wouldn't be possible this year," McGinty said. "This program is such a big deal to us, and our community so this is a loss that we all feel dearly to not be able to offer this great experience to our kiddos."