Did Denver really have the worst air quality in the world last weekend?

Denver ranked as the most polluted city in the world Saturday, but that title needs some context. 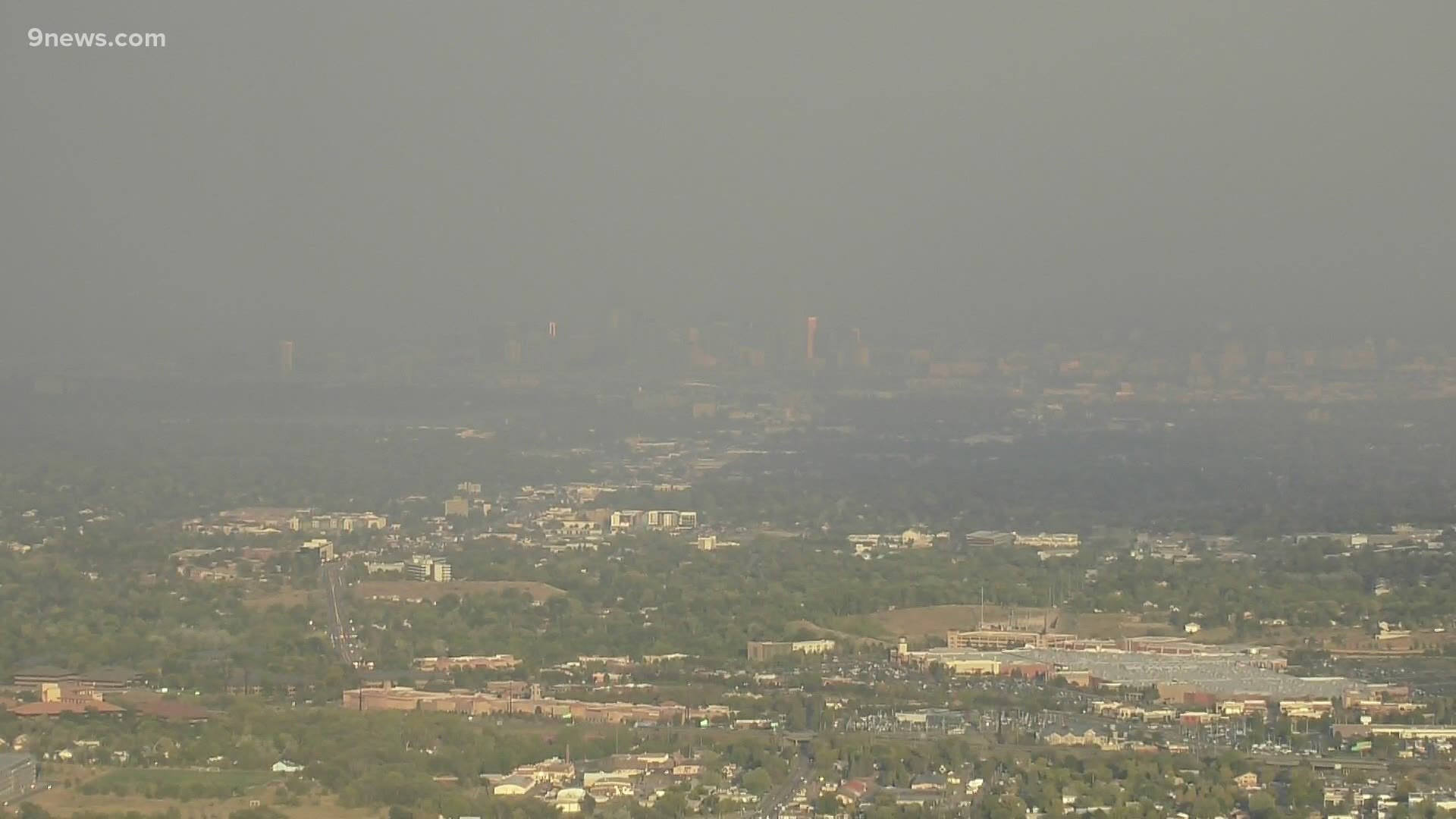 DENVER — High winds and low humidity caused the Mullen and the Cameron Peak fires to flare up during the day on Saturday – and then that evening, a cold moved in.

That pushed all the smoke onto the Front Range, compounding it as it moved south. An air quality sensor located at National Jewish Health medical campus went from an air quality rating of 60 at 5 p.m. and bumped up to a rating of 229 two hours later.

That rating is on a scale called the Air Quality Index or AQI.

“The AQI helps you to get the key, most essential information in a very quick way,” said Gabi Pfister and air quality researcher at the National Center for Atmospheric Research.

She said the AQI number is formulated by taking several different types of measurements on different types of pollutants, weighing them to the national standards set by the Environmental Protection Agency, resulting in a single number on a color-coded scale.

That 229 rating on Saturday evening made Denver the most polluted city in the world at that moment in time.

“It was an instantaneous very high value, which means we need to pay attention, and we need to protect ourselves, but that doesn’t make us automatically the most polluted city in the world,” Pfister said.

She said air quality can change dramatically from hour to hour, and the sun's radiation increases air pollution in most cities. So while Denver is in the high heat of the afternoon, some other parts of the world are under the cover of darkness.

Pfister said the smoke event on Saturday only lasted a few hours. It had mostly cleared out by the time the sun came up on Sunday. The national standard for particle pollution that size is computed on a 24-hour average.

So, the highest actual AQI number listed for Denver on Saturday was a 106, which is in the orange ‘unhealthy for sensitive groups’ category.

Pfister said the numbers don’t matter to the average person as much as the air quality forecast.

The Colorado Department of Public Health and Environment issues an air quality forecast every day and updates the Air Quality Index in real-time on its website.

RELATED: Even an off-year is a good year for fall colors in Colorado. Here's what you need to know.