On Wednesday night, the East Troublesome Fire burned every building of The Winding River Ranch to the ground. 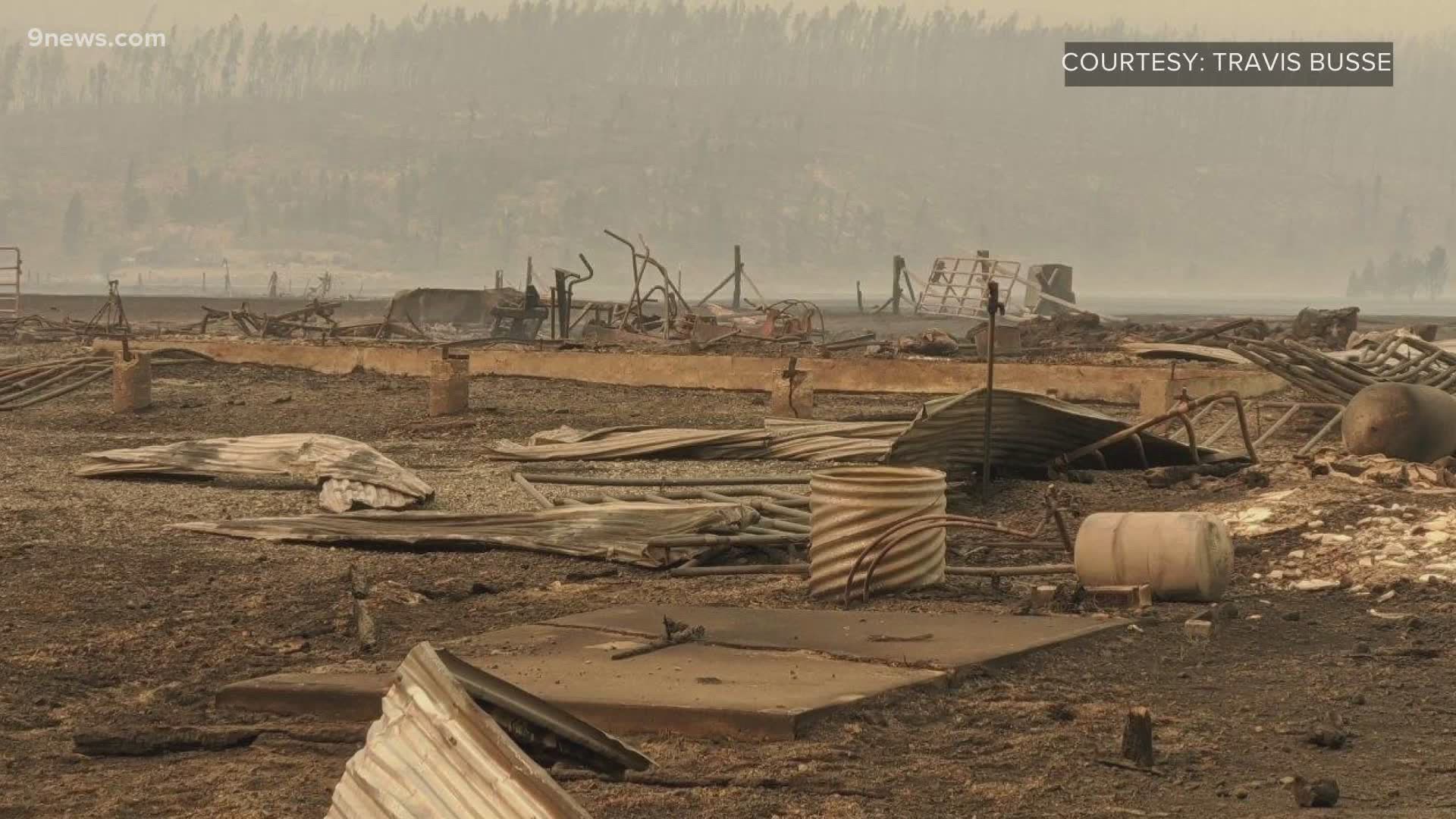 GRAND COUNTY, Colo. — Every time Erin Counts looks back at her wedding photos, she returns to The Winding River Ranch where she said "I do."

Pictures of the ranch used to make her heart swell, but the ones captured this week make it break.

"Yeah, it's just a ton of emotions that flood through but mostly my heart just breaks for the Busse family," Counts told 9NEWS.

The Busse family has owned The Winding River Ranch since 1964.

On Wednesday night, the East Troublesome Fire burned every building on the property to the ground.

"It crushes me because I know that Travis Busse and Elaine Busse, Granny, have worked their entire lives just making it what it was today and it was incredible," Counts said.

The owners, staff and animals made it out safely.

Before the fire, the ranch, which sits just outside of the town of Grand Lake, was a wedding venue, animal sanctuary, and next-door neighbor to Counts' family ranch.

The two families go back generations.

"Well, we have a strong connection because my Grandma Toots and Elaine Busse have known each other for a long time," Counts told 9NEWS.

As of Friday afternoon, Counts had no update on the status of her family home but says her parents and grandparents evacuated safely.

Despite the lingering uncertainty, Counts is certain her family and others in the Grand County community will rebuild.

"I know that Grand County will come back stronger. It's going to take a couple of years to see the beauty again but for the people that grew up there, the beauty is never going away," she said.

Already, the GoFundMe for The Winding River Ranch has raised nearly $20,000 to "rebuild the memories of so many who have said their vows, a place to heal and a place where rescue animals could find a forever home.