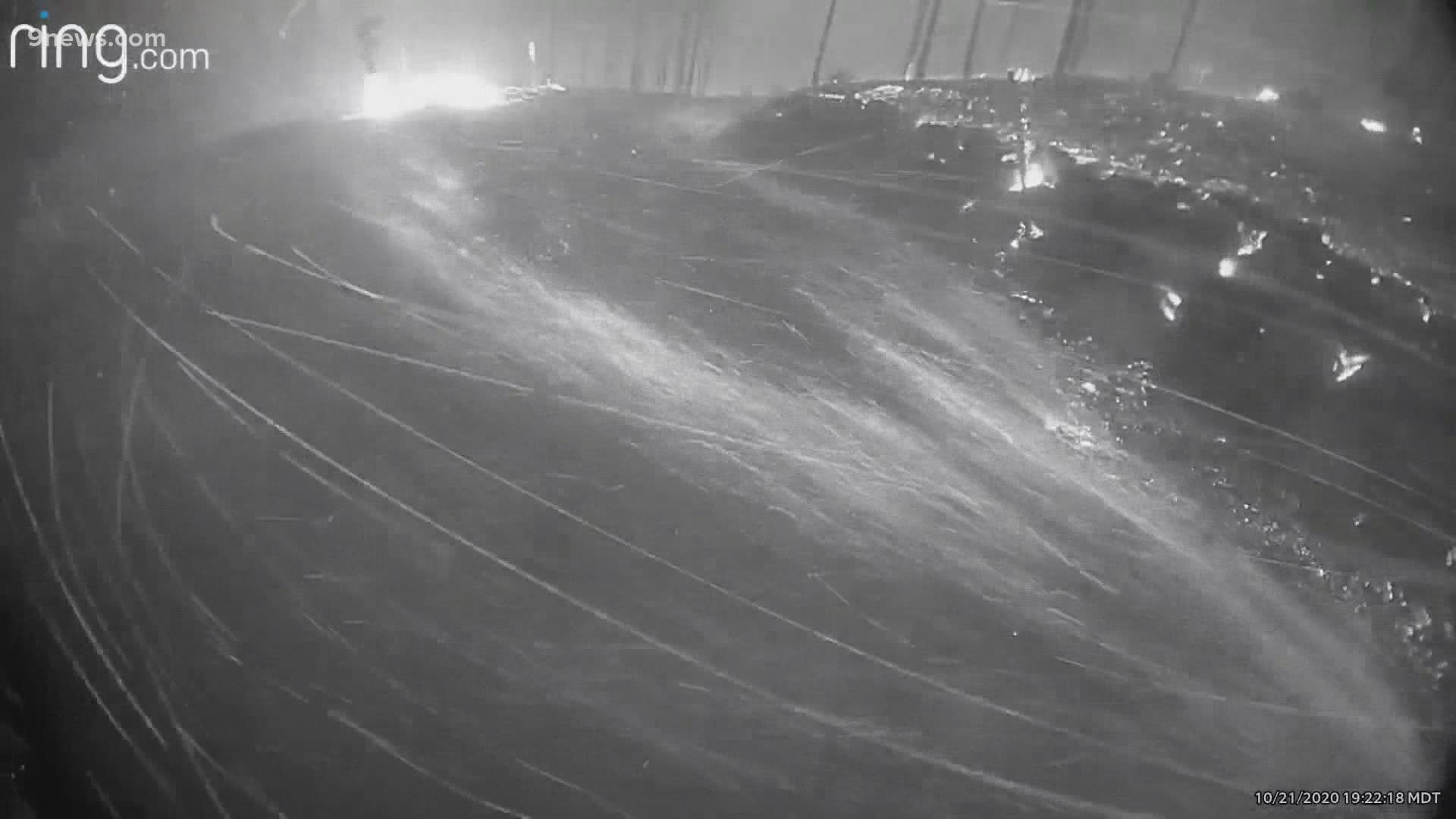 But on Wednesday night, both women were watching from Denver as flames engulfed each of their family cabins in the beloved Colorado town of Grand Lake.

Real-time footage captured by their home security cameras revealed the sight of the same intruder — the East Troublesome Fire.

“Even though we had friends and family picking up items for us that held sentimental value, I really never thought that it would get to this point,” said Katy Brown, a Grand Lake homeowner. “Not in my wildest dreams.”

Brown, her husband Peter and their daughters were keeping a close eye on the East Troublesome Fire this week. But when their Ring home security camera notified them of movement in their Grand Lake cabin driveway Wednesday evening, Brown said she thought it must be firefighters evacuating homes. What she saw instead shook her.

“I can't begin to tell you,” she said. “It was so gut-wrenching. When I opened up the Ring app and I saw fire coming up our driveway and flames moving up the hillside... I think I screamed,” Brown said. “It was horrific. Absolutely horrific to watch.” 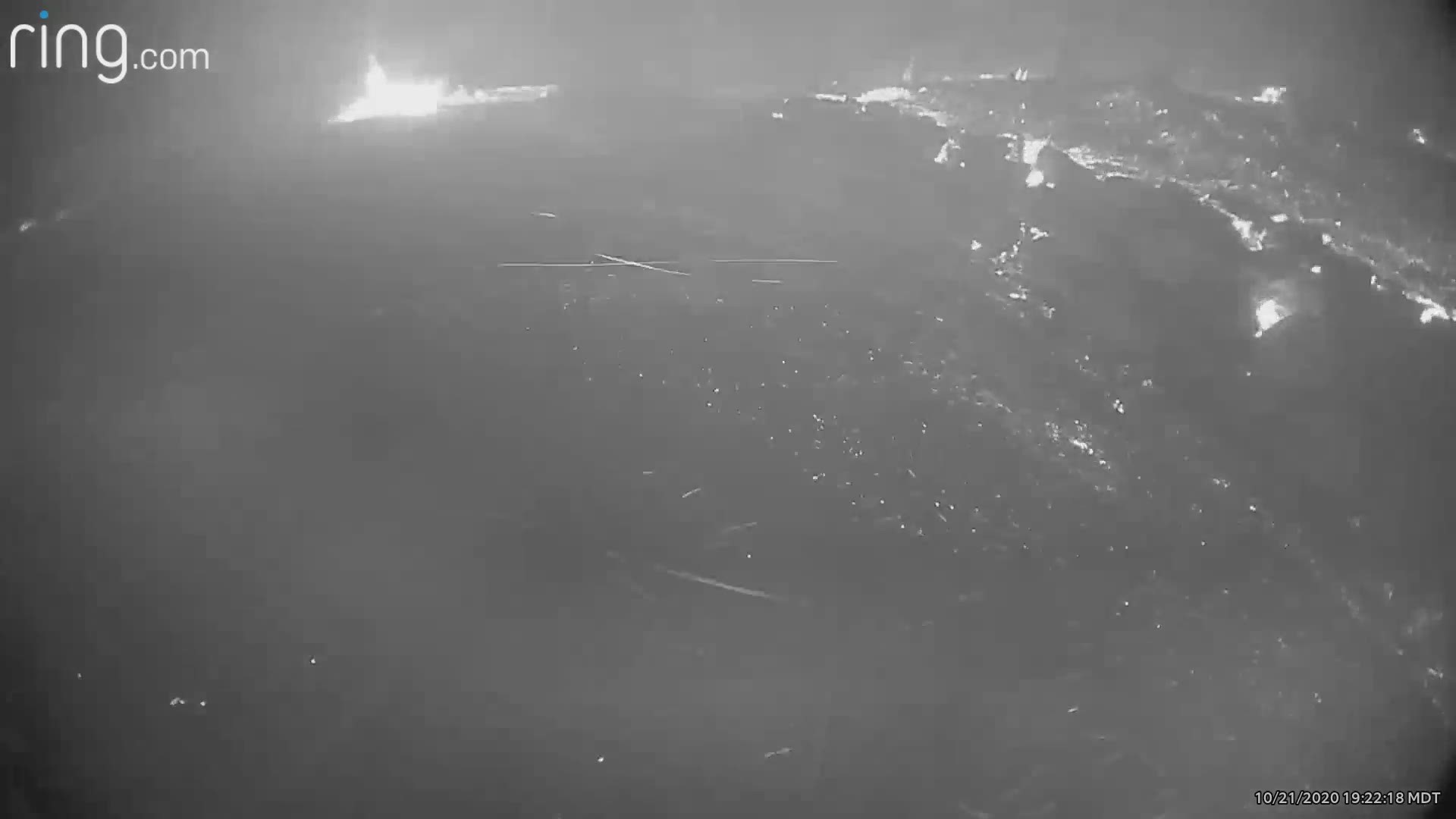 It wasn’t firefighters the cabin’s Ring security footage was detecting, but the strong winds and fast-moving flames of the East Troublesome Fire. Brown said the daunting images came just 30 minutes after receiving the mandatory evacuation order. She said she watched in disbelief as her home was being burned. And then the camera went black.

“You can see from the Ring camera footage how fast the winds are flying through. The embers are just going like mad,” Brown said. “It moved so fast and to only have 30 minutes notice, for our house anyway, that's just not enough time.”

RELATED: Wildfire evacuations lead to heavy traffic on roads out of Estes Park

Sadly, this nightmare is not unique to Brown and her heartbroken family. And while it’s not the same footage, it is the same description Lisa Mooney gave when describing the Wednesday night security footage from her Grand Lake cabin.

“The winds in our videos were just crazy,” Mooney said. “It was just like its own storm. You can see the embers coming down on our cabin and then that big flame that just comes around and takes our video camera out.” 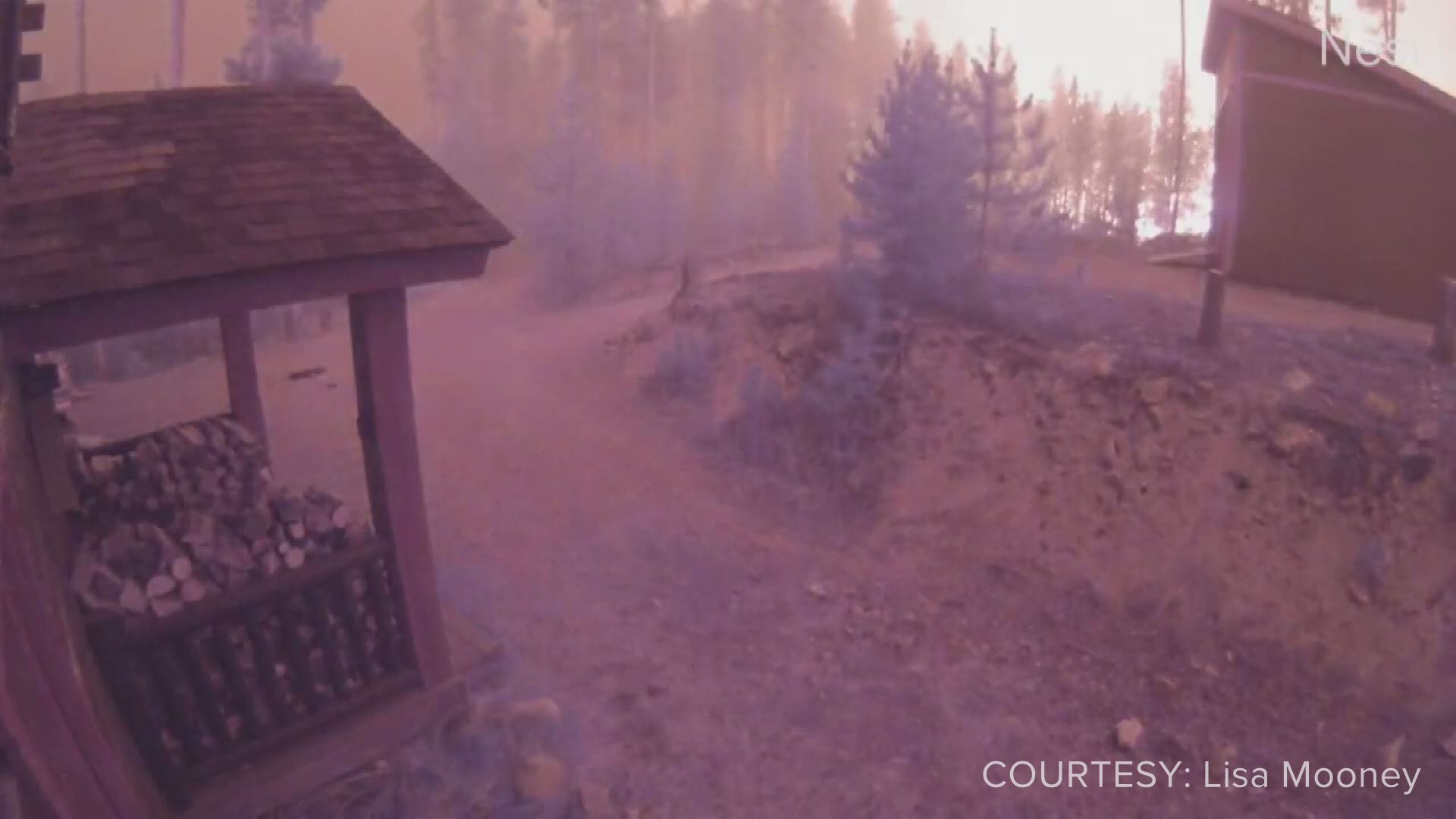 A flame like a blowtorch is the last picture Mooney and her husband Mike were able to see before their footage cut out.

“It's just an amazing place,” Mooney said of their Grand Lake family cabin. “We actually call it 'The Happy Moon Hideaway,' she said. "As disturbing as it is, you know, at least we know... I don't think there's any question what we will find when we're able to get there.”

She can't know for sure what's left of her home. But Mooney, like so many others, said she has a horrible gut feeling that everything is gone.

More than anything, Mooney and Brown said they are hopeful their Grand Lake community neighbors made it out alive.

“The community of Grand County is amazing,” Brown said. “We’ll come together to get through this.”

The Grand Foundation has set up a fund to help Grand County residents who have been displaced by the East Troublesome fire.