In the first hours of the Kruger Rock Fire, businesses jumped in to help people evacuating and first responders fighting the fire. 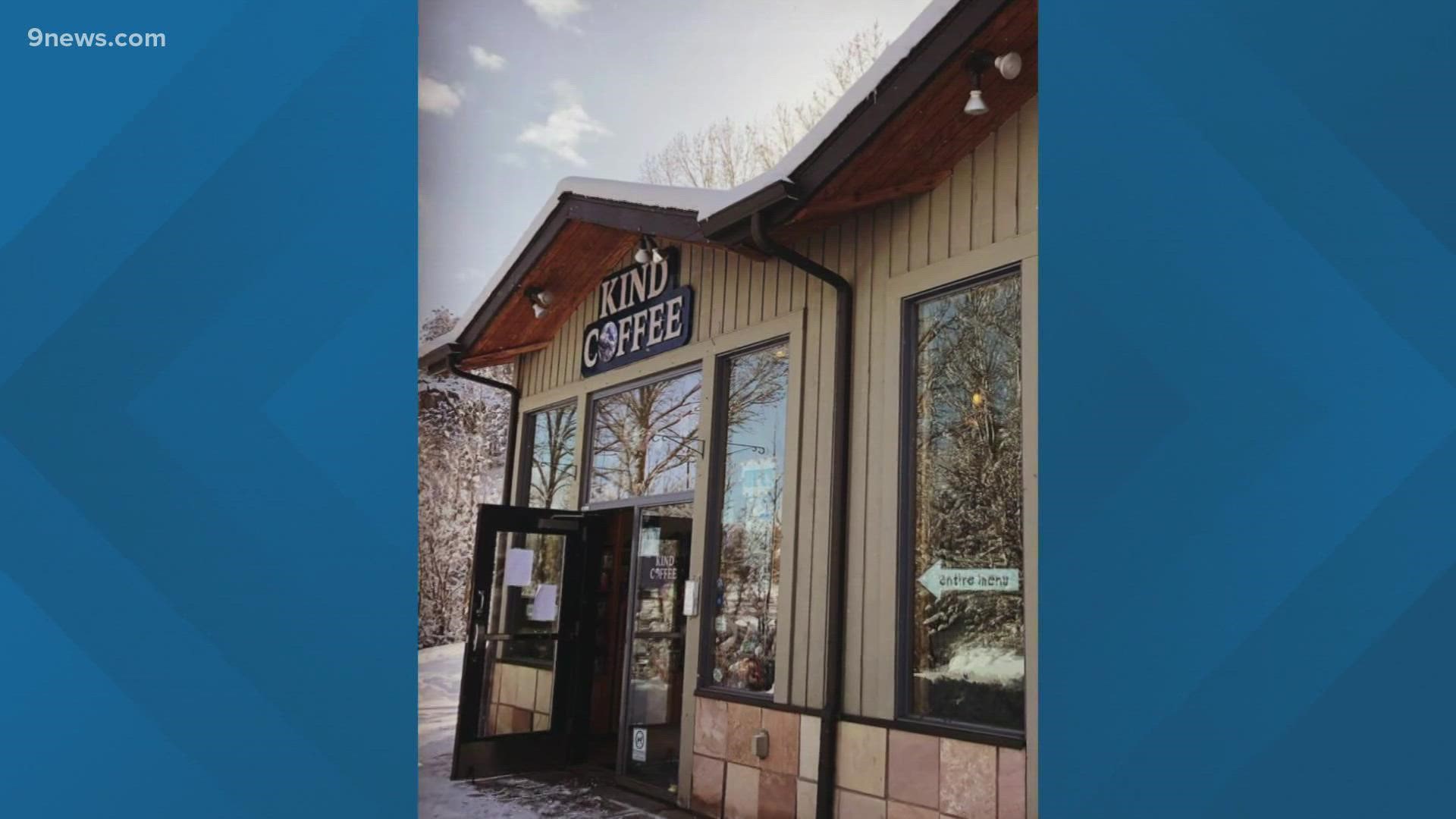 DENVER — When our communities are threatened by wildfire or other disasters, a Mr. Rogers quote often points to comfort. "Look for the helpers," he said.

Estes Park, a community threatened by wildfire two years in a row, has plenty of helpers.

Amy Hamrick woke up and saw the Kruger Rock Fire from her house. She didn't have to evacuate, but she jumped into action all the same.

She and her team at Kind Coffee picked up some fresh coffee and left for the evacuation center at the Estes Event Center.

"I heard at least one firefighter say to me 'oh my gosh you've brought coffee! I got the call before I could make mine,'" Hamrick said.

Other businesses had the same idea. Places dropped off pie, burritos and other food, Hamrick said.

"It gives you something to do that feels helpful at a time when you might be scared or worried for your safety or your friends or family," she said. "To be able to have that purpose in that moment, as a business owner I find value in that."

Hamrick and her neighbors have had more practice in this than they'd like. In October 2020, all of Estes Park had to evacuate when the East Troublesome Fire threatened the town. Hamrick said those memories loomed large for the town when the Kruger Rock Fire started.

"I think a lot of the town the last 24 hours was reactionary to our experience last year," Hamrick said. "What was happening yesterday was immediate for the people who were in the fire's way, but the rest of us were flashing back to a year ago and really not wanting to do that again."

Most evacuations were lifted or downgraded by Wednesday afternoon. The fire burned 145 acres and is 40% contained. No buildings burned. But the relief from the fire cooling off is soured by the death of the air tanker pilot who crashed Tuesday night while trying to fight the fire.

"I feel like the whole town sort of feels like we own that a little bit," Hamrick said. "We feel it because he was out there for us."

Wednesday morning, Hamrick brought more fresh coffee to first responders running the roadblocks due to the fire and crash. It's a small comfort she hopes makes a difference for the people protecting her community.

"They're out there trying to ensure that there's no one's put in danger and nobody loses their house," she said. "It really seems like they appreciate that they're also being thought of."