Authorities were working on an evacuation plan for the town of Fraser, if needed. 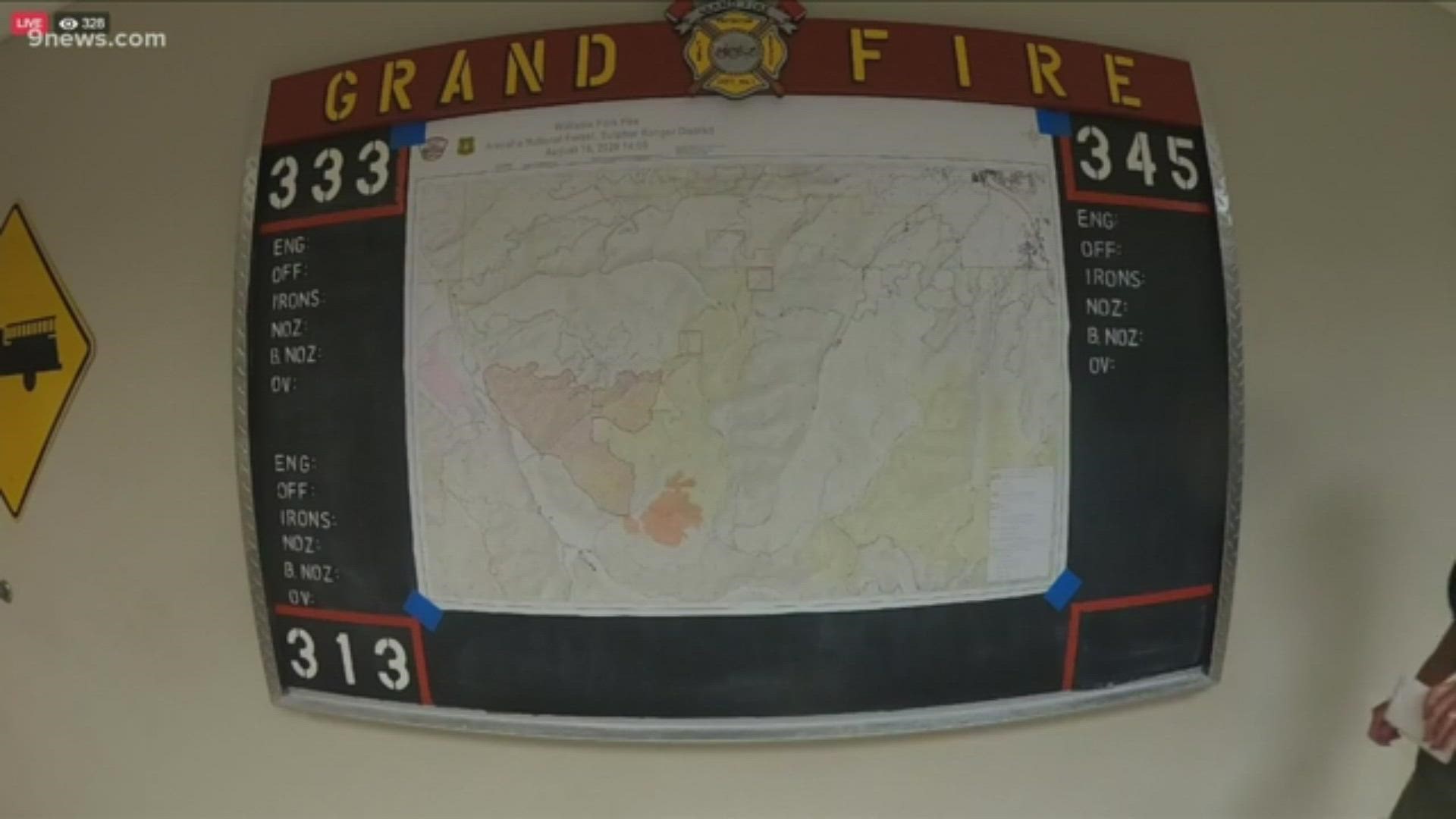 HOT SULPHUR SPRINGS, Colo. — The Williams Fork Fire, which was reported Friday near Hot Sulphur Springs, increased in size to 6,345 acres Sunday, and authorities were working on an evacuation plan for the town of Fraser, if needed.

The wildfire has prompted mandatory evacuations of numerous campgrounds and homes, according to a tweet from the Grand County Office of Emergency Management (GCOEM).

It's burning in a remote area of the upper Williams Fork Valley. On Sunday, the fire had burned into Darling Creek and had started burning into Byers Creek wilderness.

Incident Command was working with the Grand County Sheriff's Office on an evacuation plan for the town of Fraser, if needed.

A CodeRED Alert issuing mandatory evacuations was sent to homes in the immediate vicinity of the Williams Fork Fire – not including the Fraser Valley, the Grand County Sheriff's Office (GCSO) said on Facebook.

Another CodeRED Alert issuing a pre-evacuation warning was sent to Aspen Canyon, Morgan Gulch, and the Henderson areas, according to GCOEM

Taylor Ellis was camping in the area and said they had to evacuate so quickly, their group had to leave one of their four pop-up campers behind.

RELATED: Grizzly Creek Fire a 'top national priority' as it explodes to more than 25,000 acres

Ellis shared the above photo of a plane dropping retardant in the area. It was taken as the group left the area.

The fire is 0% contained.

The fire is burning in a remote area with intensive beetle kill, according to a tweet from the public affairs unit of the Arapaho Roosevelt National Forests & Pawnee National Grassland.

CR 30 is closed, as well as CR 50 near Young Life. CR 3 is open, with intermittent closures due to fire traffic.

The following areas have been evacuated: from CR 30 on the west to Church Park, from the St. Louis Creek Road on the east to the Darling Creek drainage to the south, as well as the Sugarloaf and South Fork campgrounds. Access to the Church Park area is closed.