Vegetation fire near Highlands Ranch 100% contained; electrical malfunction was cause 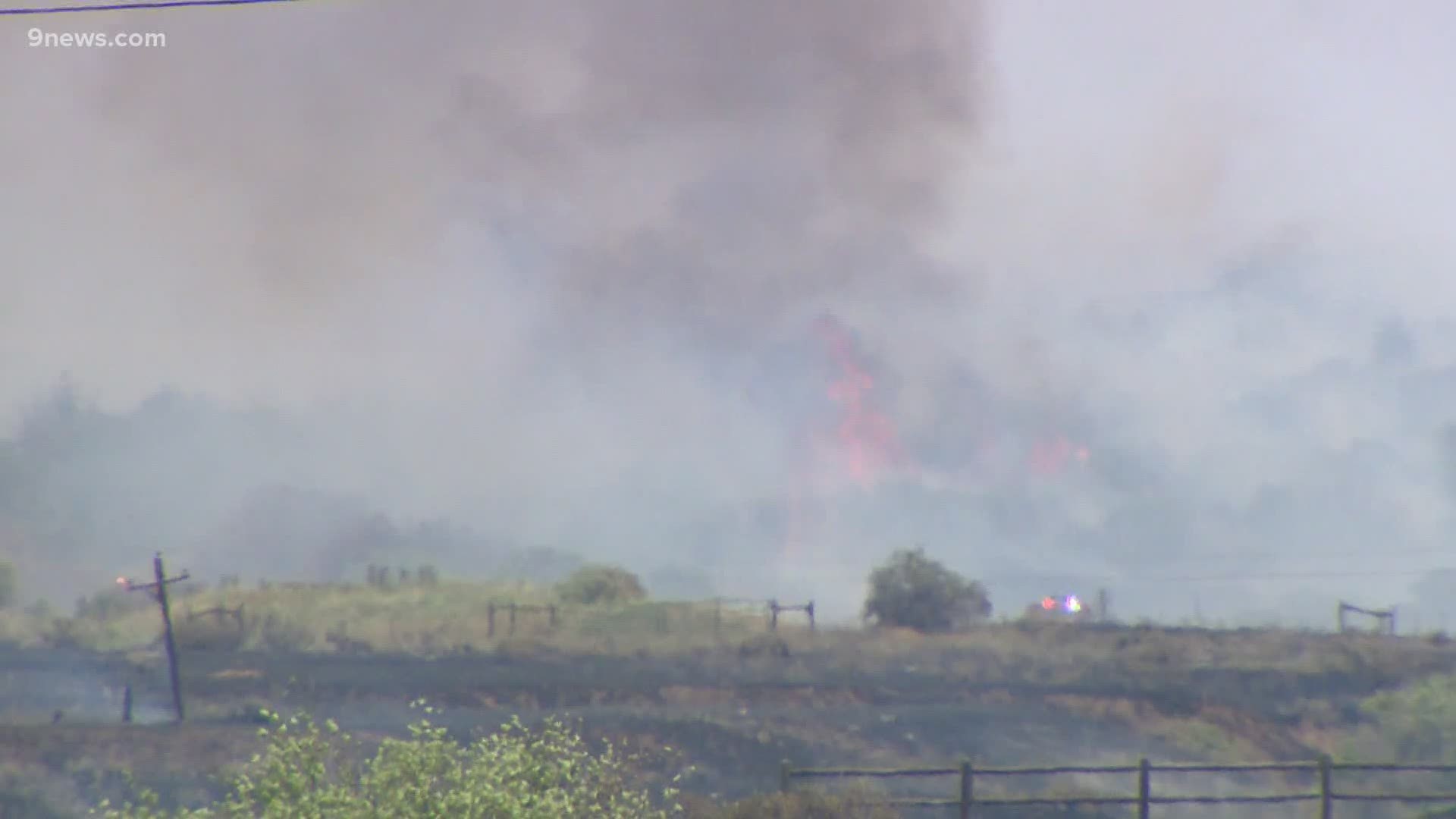 DOUGLAS COUNTY, Colo. — A vegetation fire that started Monday morning in Douglas County is 100% contained and evacuations have been lifted.

The fire had not grown overnight and additional crews will be working on extinguishment Tuesday, South Metro Fire Rescue (SMFR) tweeted.

The Chatridge 2 Fire was first reported just before 10 a.m. in the area of 9660 Chatridge Ct., which is near Highway 85 and Ron King Trail.

Just after 3 p.m., the fire had grown to 461 acres but forward progress toward homes in the area had been stopped, according to SMFR.

No structures were damaged and no injuries were reported, SMFR said.

Mandatory evacuations were ordered for all of the BackCountry subdivison and trails to the south in Highlands Ranch, SMFR said, but have since been lifted.

Flames burned an area along Skydance Drive and Spirit Rock Point in the subdivision, but firefighters prevented the fire from spreading further into the neighborhood, SMFR said.

The SMFR Fire Marshal’s Office determined that an electrical malfunction on a power pole sparked the fire.

According to the Douglas County Sheriff's Office (DCSO), 964 Code Red alerts were sent to residents in the area.

The Highlands Ranch Law Enforcement Training Foundation off of Ron King Trail was also evacuated as a precaution, according to DCSO.

Thunder Ridge High School was set up as an evacuation location, and large and small animals were being taken to the Douglas County Fairgrounds.

Very high winds, dry vegetation and difficult terrain made it for difficult firefighting conditions, according to SMFR.

Two large air tankers, two small-engine air tankers, one helicopter, one lead plane and one multi-mission aircraft were used to fight the fire.

Air resources were controlling the head and flanks of the fire, and a total of 59 units worked to contain the blaze, SMFR said. 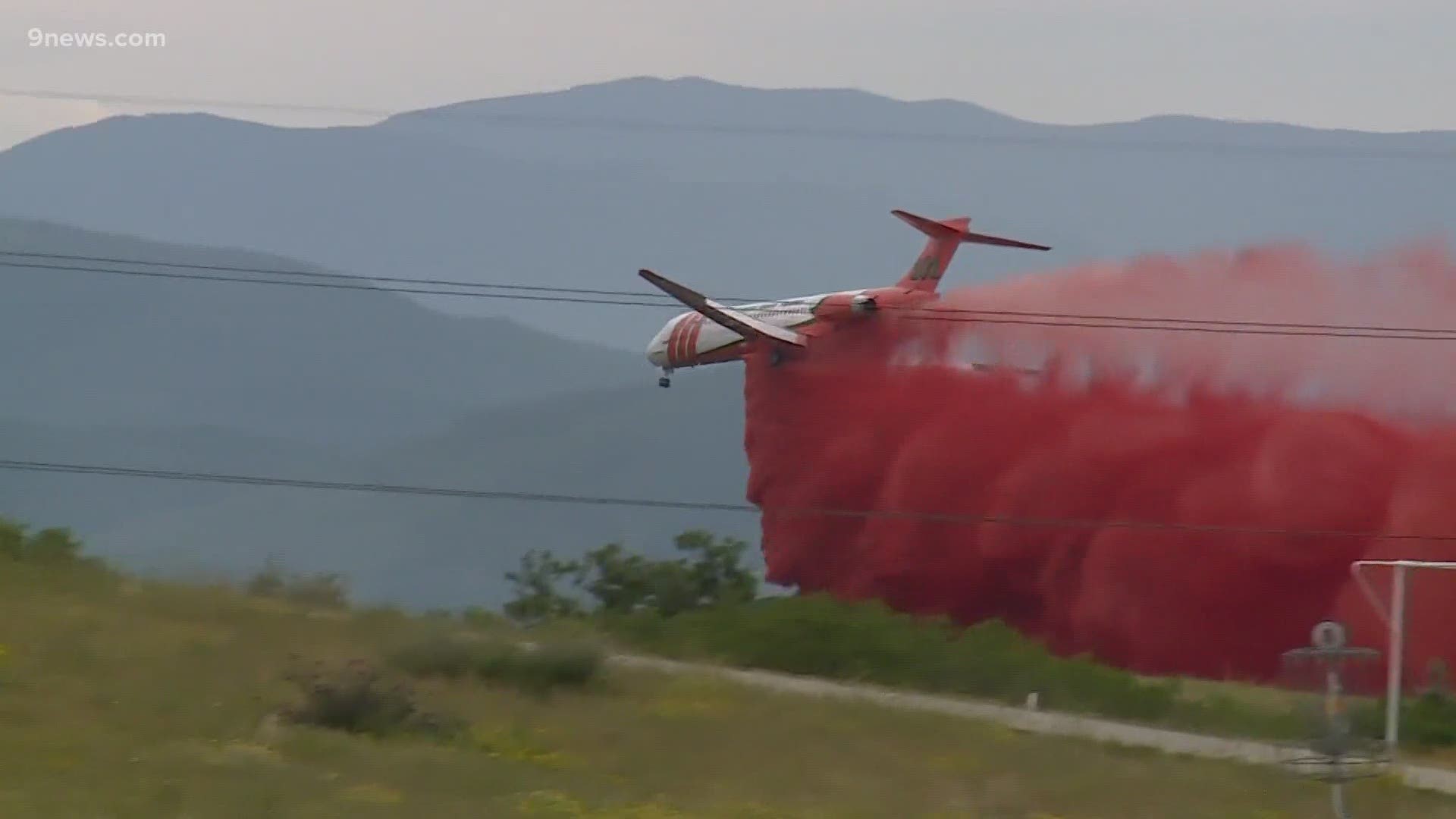 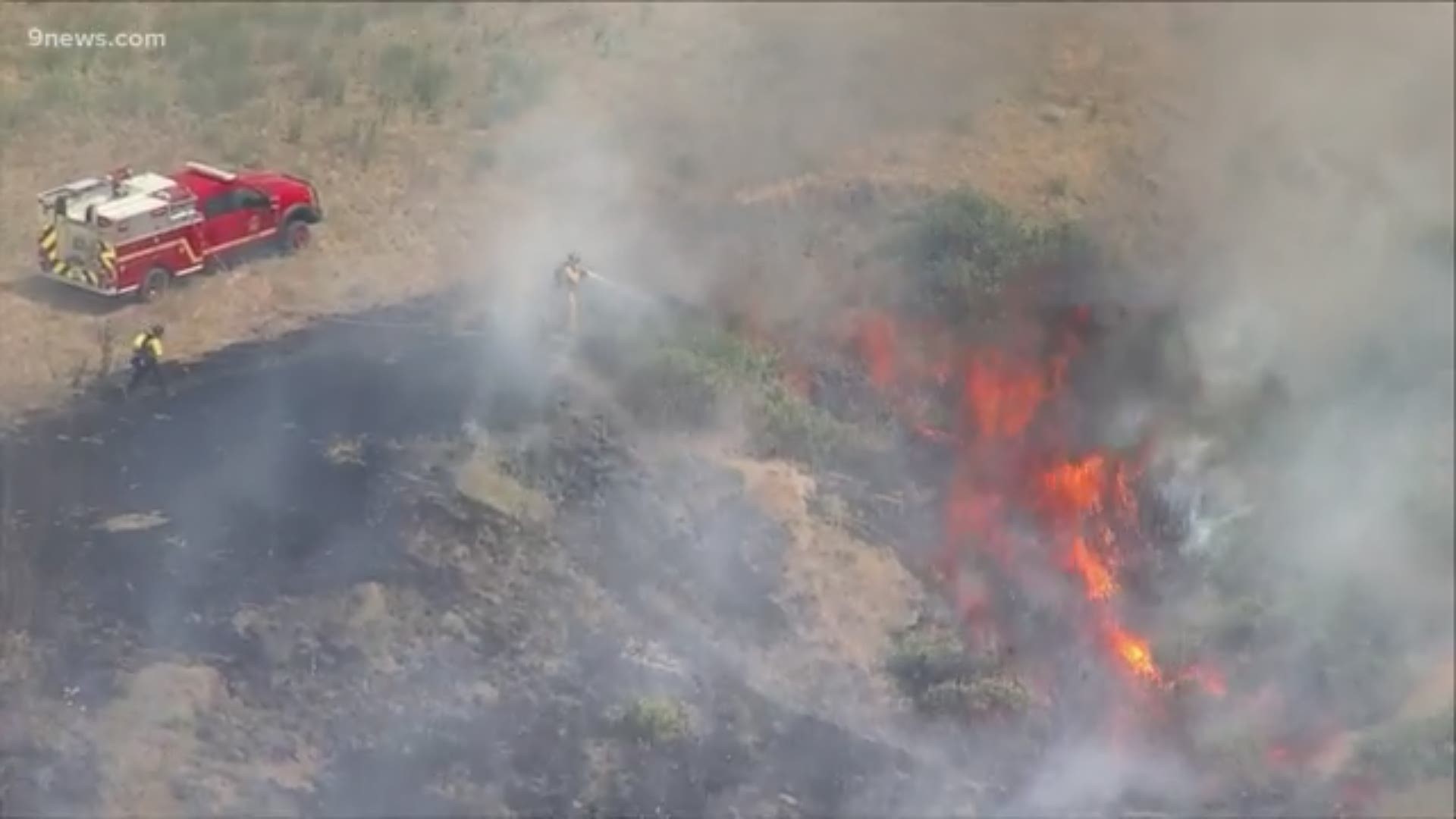 RELATED: This map shows all of the Colorado counties with fire bans, restrictions

RELATED: How will the COVID-19 pandemic change the way firefighters fight wildfires?