The wildfire nearly doubled in size on Friday but burned less than 10,000 acres on Saturday. It is now measured at 37,765 acres. 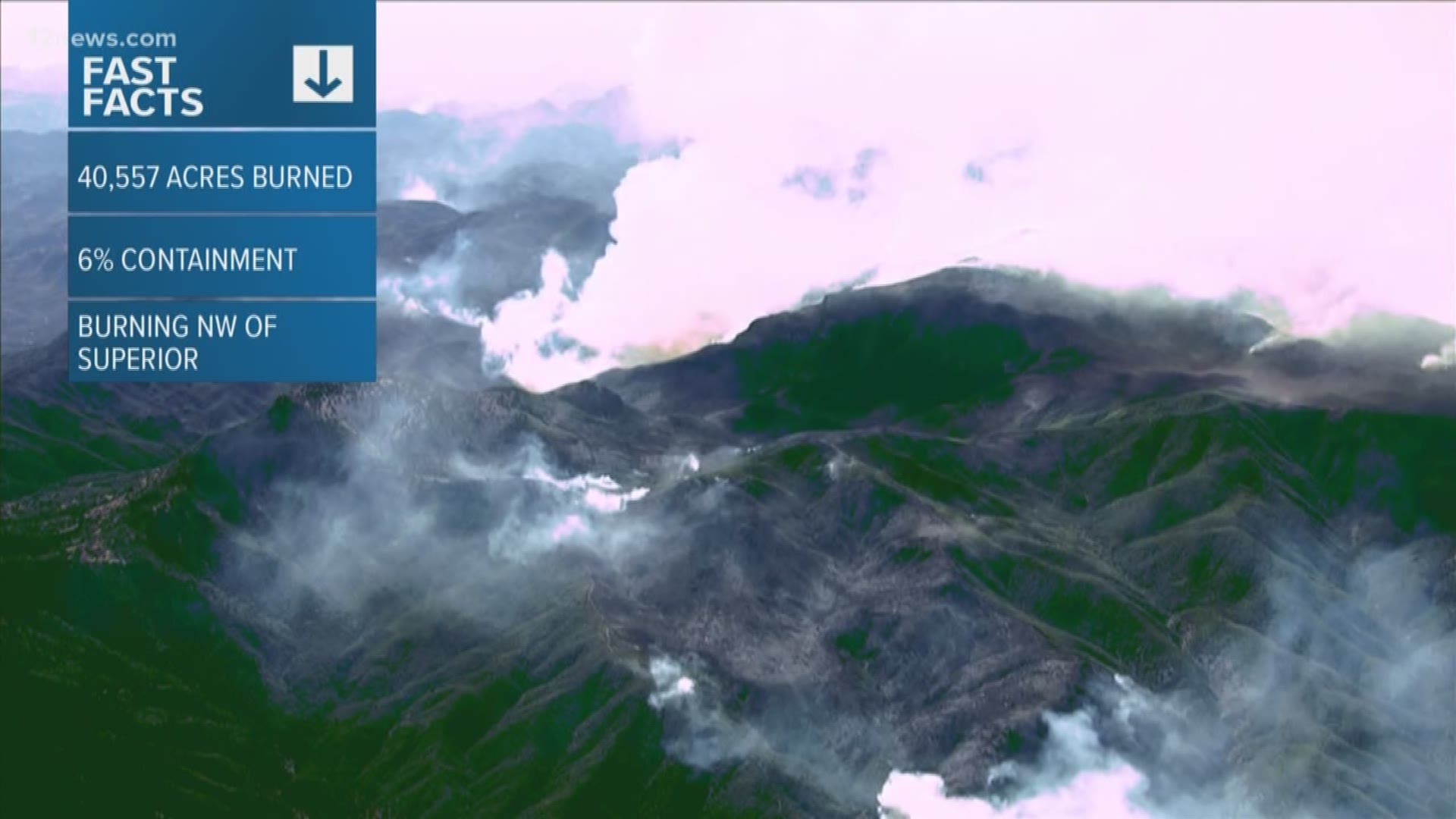 PHOENIX — Growth of the Woodbury Fire burning in the Superstition Wilderness slowed late Saturday as hundreds of first responders worked to keep the blaze away from nearby communities. The fire was still zero percent contained on Monday.

The fire grew to 37,765 acres Monday afternoon from 25,893 acres on Saturday morning, but that did not come close to the growth measured on Friday.

Officials said Friday afternoon that the fire in Tonto National Forest was burning just under 13,000 acres, which means it nearly doubled in size in less than a day.

Firefighters say they are working to prevent the spread of the first west because there lies the Sonoran Desert, a valued ecosystem. North of the fire there is private property and infrastructure including highways, roads, powerlines and structures at risk.

Despite the growth, the Woodbury Fire is still not threatening nearby communities, including Queen Valley Estates, Gold Canyon, Kings Ranch, Superior, and Apache Junction.

But residents say the smoke from the fire continues to affect them, with it burning about five miles northwest of Superior. 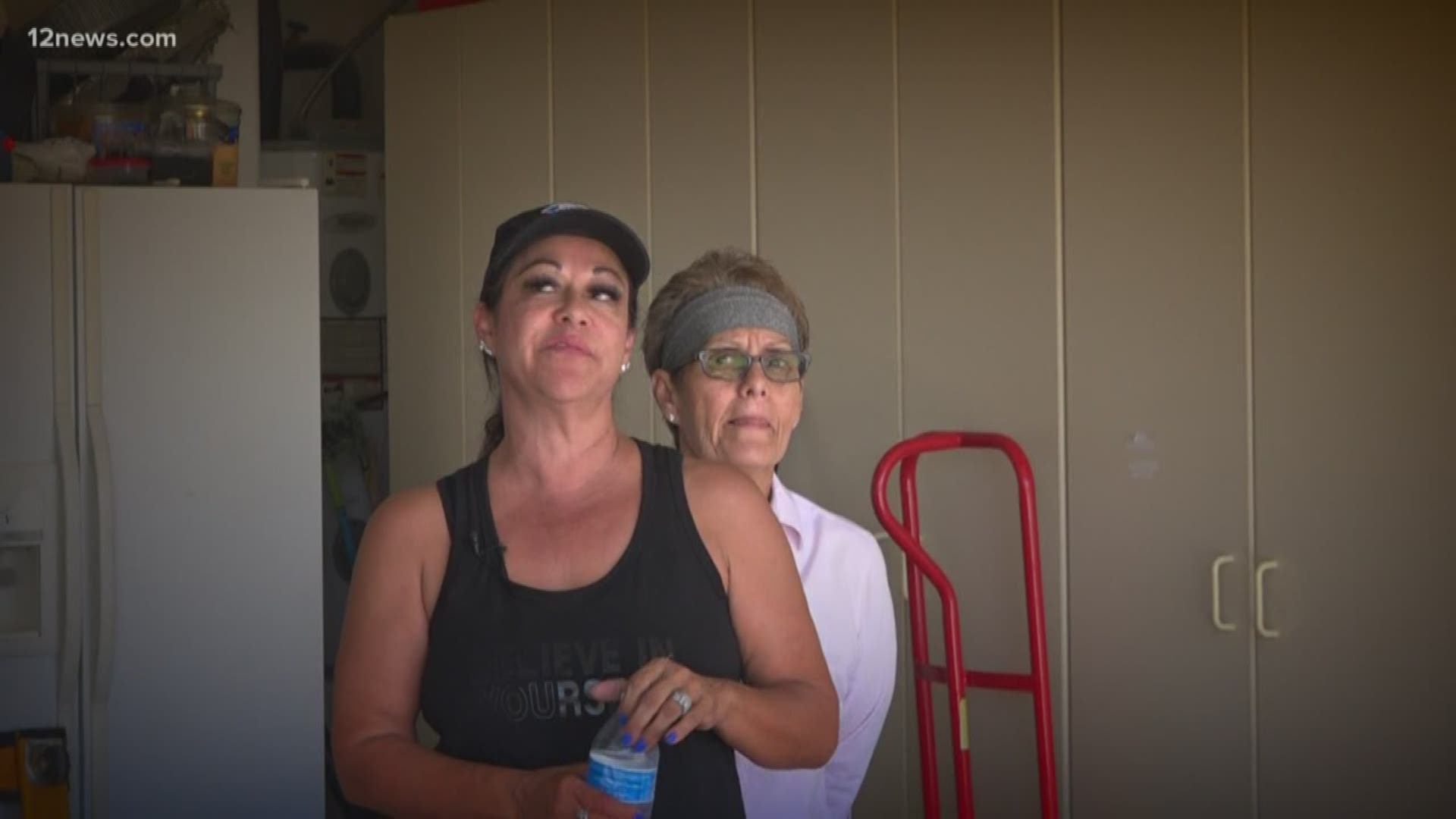 The incident management team is holding a community meeting at Roosevelt Baptist Church in the city of Roosevelt at 2 p.m. Sunday to discuss firefighting efforts.

The Woodbury Fire sparked on June 8. Officials believe it is human-caused, but it is still under investigation.

It is still zero percent contained as of Saturday night.