Firefighting helicopters take to the sky at night in Colorado

Colorado is the first state in the nation to allow helicopters fighting fires to fly after dark. 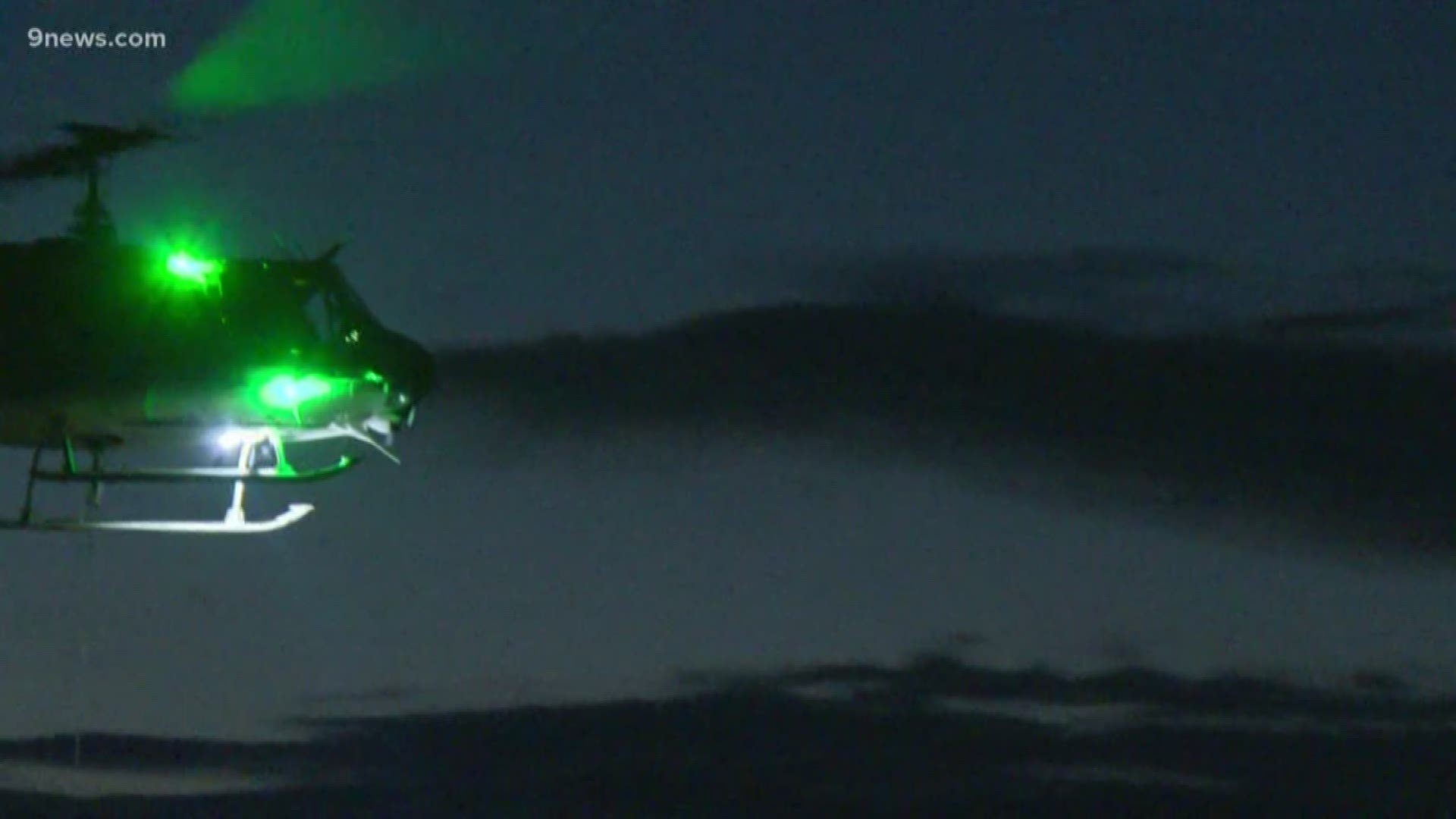 PENROSE, Colo. — Wildfires don’t stop burning when the sun goes down. Now firefighters in Colorado are training to fight the flames from the air at night.

It’s something most crews around the country don’t allow. Colorado is the first state in the nation to let helicopters fighting fires to fly after dark.

"We’re the first helicopter within the state of Colorado to explore helicopter night operations and we’re the first state organization in the United States to do that," said Whitney Murphy, the helicopter manager for the Division of Fire Prevention and Control Canon Helitak. "If there’s something that we can do to help these communities that are affected by wildland fires, which there have been more and more of each year, of course, I think we owe it to everyone to do what we can."

9NEWS tagged along with the team for a training flight in Penrose.

As dusk hit, the helicopter went up.

Back and forth, up and down, the helicopter picked up more than 240 gallons of water and dropped it on a simulated fire all at a time of day when it’s hard to see the hand in front of you.

Armed with night-vision goggles, the pilot can battle a fire just like it was bright out. Firefighters on the ground use lasers and glow sticks to guide the copter -- a carefully choreographed ballet between human and machine where vision can feel like a novelty.

"He can see all of his surroundings, he can identify hazards, both on the ground and in the air. It’s hard to say it’s as clear as day, but he has very good vision with those goggles," Murphy said. "He’s working with several teams of firefighters, pulling water from the reservoir and then taking that to the areas where the firefighters are describing to him that they want him to drop the water."

The team will only fly a fire and night when they’ve flown over the same terrain during the day. That helps the pilots get oriented before putting on the night-vision goggles, which give them a bit of tunnel vision.

They haven't yet worked an active fire this season at night, but hope the training pays off when they're called in.