A shell jumped the safety perimeter at the licensed show Friday and burned part of a field and corral, according to fire officials.

The fire burned 20 to 25 acres, and damage from the fire was limited to a field and a corral, and no people or livestock were injured, according to a WSFR spokesperson.

The fire started about 9:40 p.m. in a field north of Weld County Road 72 and east of Highway 257. A shell jumped past the safety perimeter of the firework show and sparked the blaze, the release says.

The firework show was put on by a professional firework company at a private residence and was licensed and permitted and followed all processes and procedures, the release says.

WSFR had a crew on standby. The safety perimeter consisted of cutting down the vegetation and watering the area before the show.

Crews from Eaton Fire and Loveland Fire assisted in fighting the grass fire, while WSFR crews were responding to multiple calls involving residents lighting fireworks and starting other fires in the area.

All costs associated with the standby crew and the response to the grass fire were reimbursed by the owner of the residence that hosted the firework show, according to the release.

Wildfire danger is high this year. The National Drought Monitor showed this week that Colorado has the highest level of drought, and many counties have implemented fire restrictions.

A spokesperson for Jefferson County Sheriff's Office, Mike Taplin, told 9NEWS that crews have extinguished three wildfires in the county this week and that deputies are patrolling for illegal fireworks use.

RELATED: There will only be three 4th of July fireworks shows in the Denver metro area this year 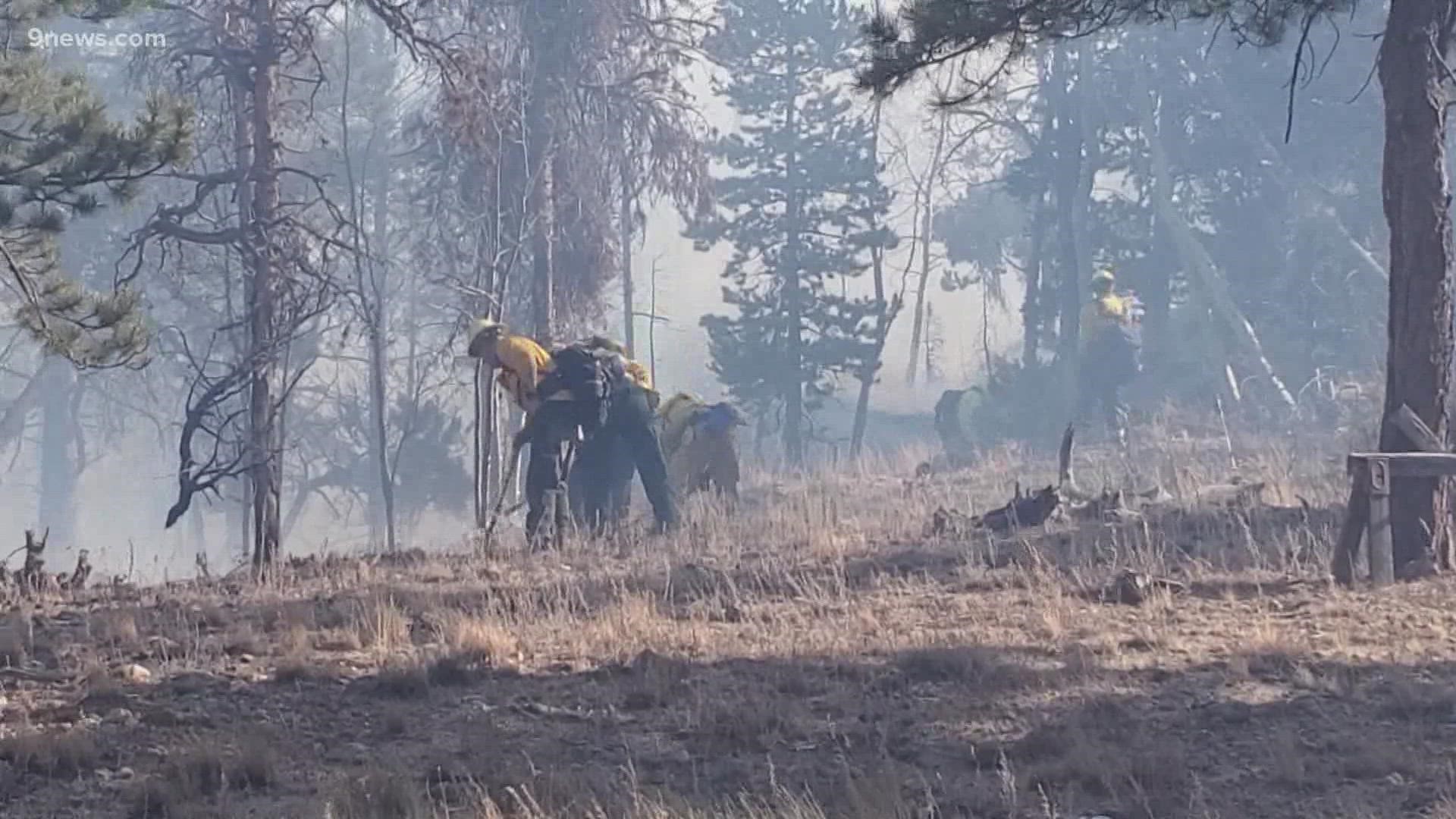