‘I’m a rafter, not a firefighter’: Fire crews get help from unlikely places to fight Grizzly Creek Fire

Rafting guides are helping firefighters with the Grizzly Creek Fire. 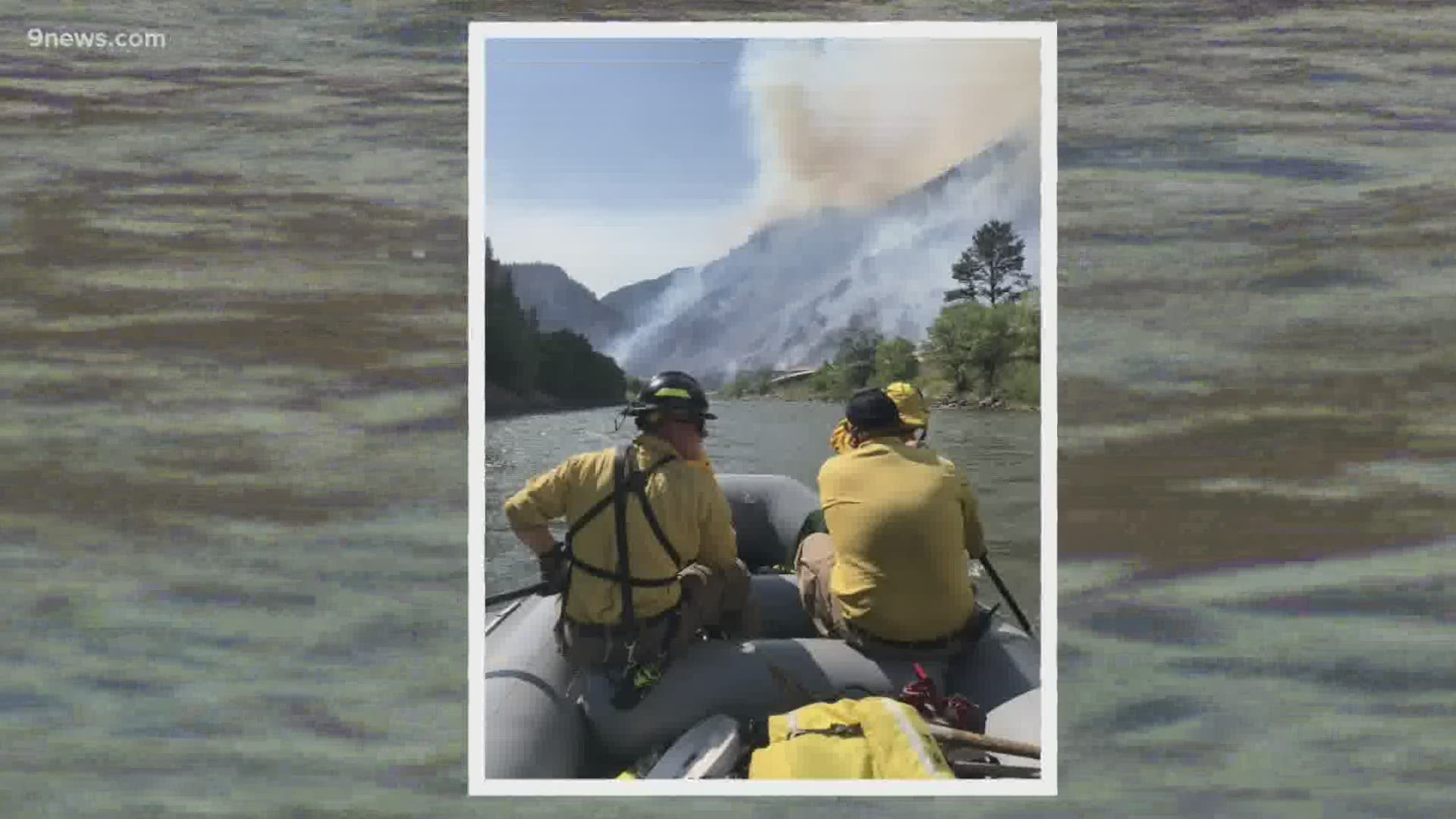 GLENWOOD SPRINGS, Colo. — Gregory Cowan’s years as a rafting guide trained him to run his own rafting company. Never did he think those skills would be used to help battle a major wildfire.

Cowan and his wife bought then-named Rock Gardens Rafting in 2017 after Cowan had already spent years working as one of the company’s guides. Shortly after, they renamed the company Defiance Rafting.

They’ve been operating under the name for three years now and up until recently, fun was the only service they provided.

“I think one of the greatest benefits of this activity – and I think it’s even more acute this year – is that we provide people an opportunity to get out for two to a few hours and just kind of take a break,” Cowan said.

But the good times stopped when the Grizzly Creek Fire started Monday afternoon and the No Name community, where Defiance Rafting is located, was evacuated the following day. Cowan stayed behind.

He said his decision was partially motivated by wanting to be at his “base of operations” where he could make sure his customers were best informed.

The other reason was that Cowan’s company’s work had recently been enlisted by fire crews to ferry them across the river.

“I think our unique geographic location in Glenwood Canyon provided some feasibility for the first couple of days of this event,” Cowan said. “So, we wanted to make sure that were in a place where we could standby and provide that support if it was needed.”

Cowan said a big concern of firefighters was they didn’t want spot fires to take over the south side of the river.

He said he and his team’s combined knowledge of the river and surrounding area were perhaps just as important, if not more, as the rafts themselves.

“You know, this is our bread and butter,” Cowan said. “We’re out there every single day, multiple times a day. We know this stretch of river and canyon that is affected by this fire. We can relay where those access points are, where the eddies are, where they can safely perhaps ferry over to and gain access to the south shore. We can talk about egress points where we can make sure the people can get out if they need to.”

Cowan said his team received additional commitment from other rafting companies in Glenwood Springs that sent their guide staff to support as well which is just another example of the community’s willingness to help at a moment’s notice.