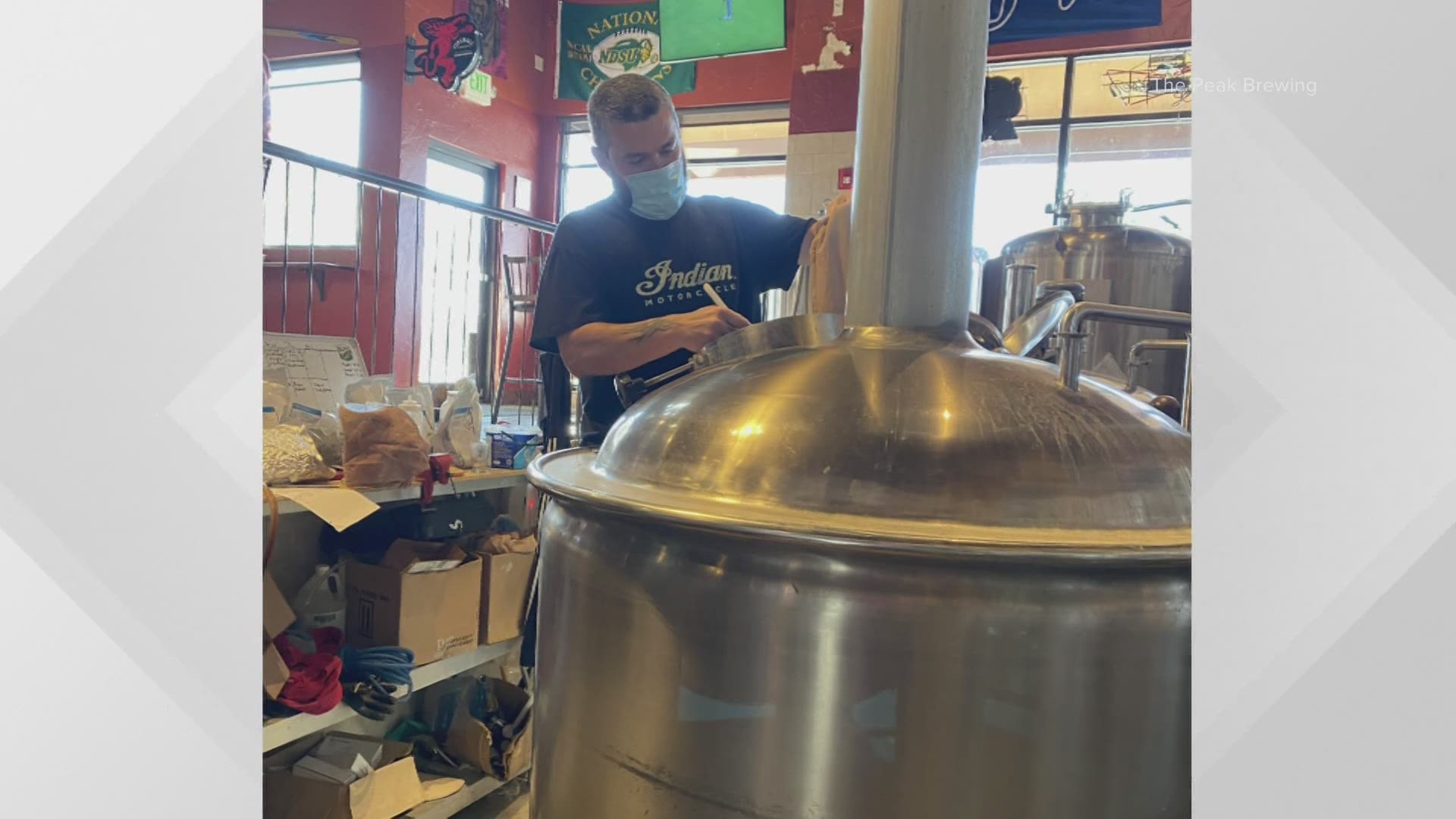 FRASER, Colo. — Brian Nichols is a beer brewer by trade, but he got a fast lesson in farming that day in October.

As the East Troublesome Fire exploded in size, Nichols said he watched the smoke from his brewhouse.

“I got a call and I was helping move cows for the farmers who take our grain…our spent grain for their chickens,” he recalls.

Nichols, the owner of Fraser River Beer Company, worried he might have to evacuate for the fire which at the time was roaring through Grand County. In the end, he wound up taking evacuees into his home until they could make other arrangements.

The East Troublesome Fire, which burned 193,812 acres, is Colorado’s second-largest on record. It destroyed more than 550 structures and killed two people.

The Grand Foundation has a special place in Nichols’ heart. The organization helped him keep his business open during the early days of the pandemic.

The beer is brewed with ingredients donated by Colorado companies. Root Shoot Malting in Loveland provided the malts, the Colorado Hop Company in Longmont provided hops and Propagate Lab in Golden provided the yeast.

“It was kind of a no brainer for all of us because they have the beer drinking consumer and the residents who support the brewer, why not give back to the people who really need help,” said Emily Olander, co-owner of Root Shoot Malting.

The beer is already on tap at Hideaway and the Peak. It goes on tap at Fraser River this week and will be available at the other breweries later this month.