'It’s horrible': The path to rebuilding begins in Grand County

The fire grew more than 100,000 acres in one night, forcing entire towns to evacuate and killing two people. 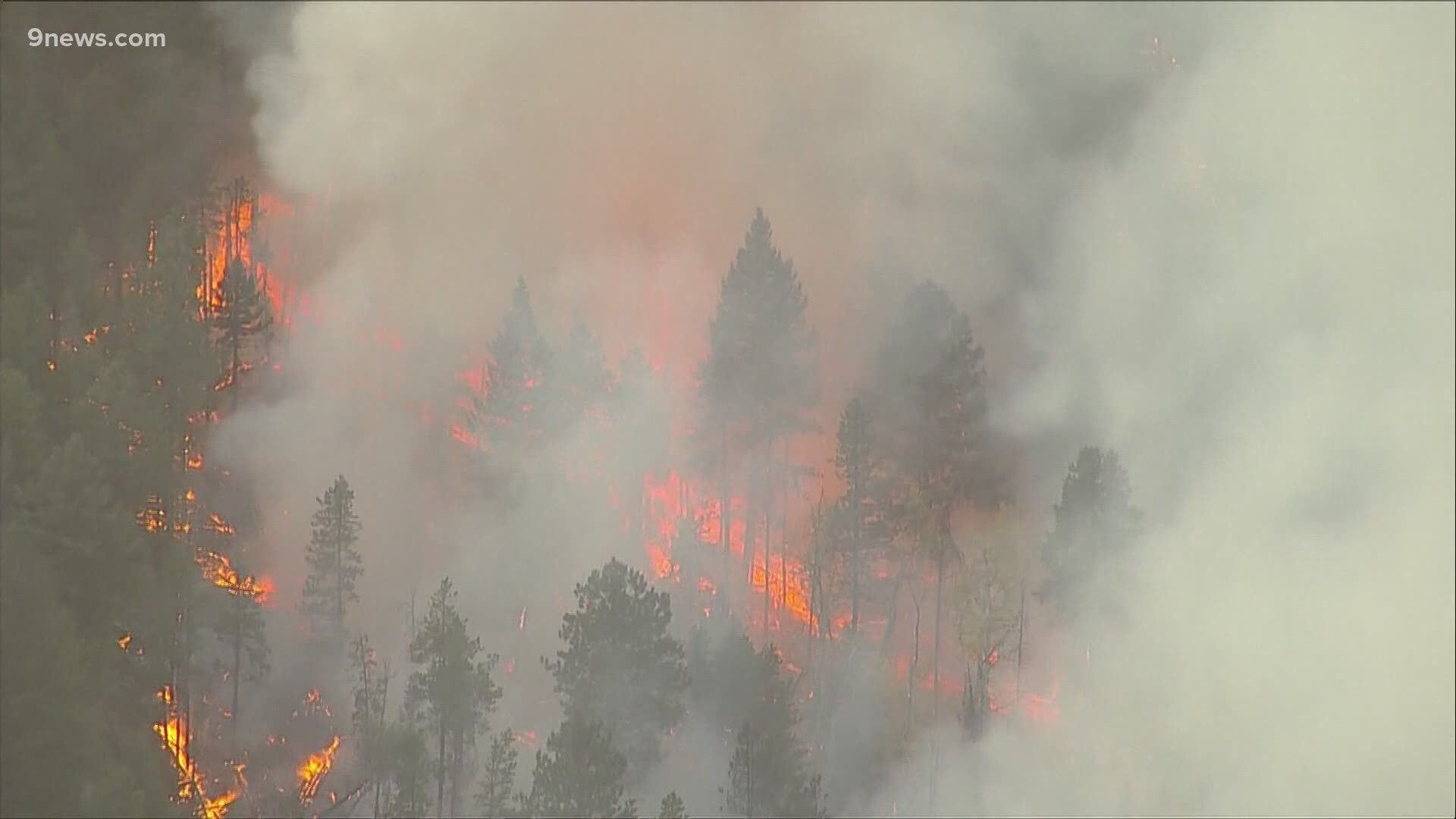 GRANBY, Colo. — Snow and cold weather have dampened the spread of the East Troublesome Fire. In Grand County that’s allowed more evacuees to go back to their homes while others learn their properties have been lost.

"It was unbelievable. There’s no other way to explain it," said Grand County Sheriff Brett Schroetlin. "Everywhere you turn, there’s different people who have experiences that have lost… families, friends, loved ones who have all lost houses."

Schroetlin in a Facebook post on Sunday said the community "lost over 300 residential structures, and between 100-200 secondary structures barns, garages, etc)."

When the East Troublesome Fire spread more than 100,000 acres in one night, Schroetlin and his deputies raced to evacuate an entire county from the path of the flames.

Brick chimneys stand tall over a horizon that used to be dotted with homes. Few of those remain in some neighborhoods. We don’t yet know exactly how many houses have been lost, but officials say it’s in the hundreds.

Sheriff Schroetlin and his deputies have been busy.

One of the worst parts of the job has been calling people to tell them their house is gone.

"It’s horrible," said Schroetlin. "Everywhere I turn, somebody has a connection to someone else. These are our first responders. We have several first responders who lost homes."

The fire has grown to nearly 200,000 acres, going down in history as the second biggest fire this state has ever seen.

In Grand County, the ground is still smoking as the path to rebuilding begins.

"Grand County will recover," said Schroetlin. "Our community is already focused on recovering."