"I’m happy to announce that Hanging Lake … was not impacted directly by the fire. 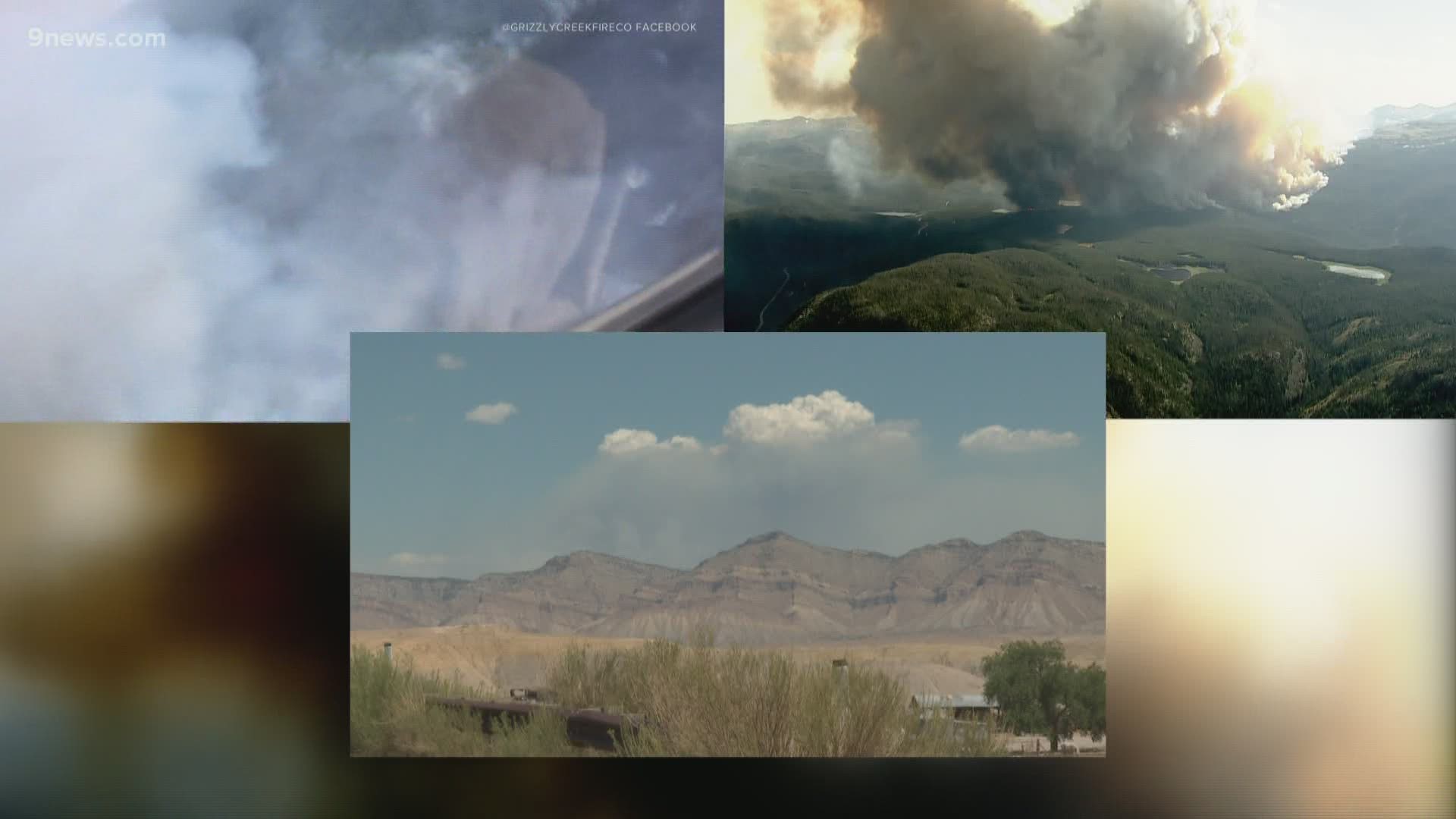 “I’m happy to announce that Hanging Lake … was not impacted directly by the fire,” said Scott Fitzwilliams, the White River National Forest supervisor, during a Facebook Live update on Friday afternoon.

This is good news during a fire that has torched 19,440 acres in Eagle and Garfield counties around Glenwood Canyon since it was first reported Monday afternoon.

Credit: Courtesy USFS
A picture shared at a community meeting Friday that firefighters took while flying over Hanging Lake shows it has been spared by the raging wildfire in the area.

“It’s clear it got hit, from what severity we don’t know,” Daniel Molnar, a GIS specialist with CDM Smith said. GIS stands for geographic information system.

Molnar analyzed data from the U.S. Forest Service, which flew over the fire on Thursday night, when the blaze doubled in size. He does not work for a fire agency, but reached out to 9NEWS to discuss his findings regarding Hanging Lake.

Erin Schultz was one of the last hikers to see the popular spot on Monday.

"It’s such a beautiful place that so many people deserve to enjoy," she said. "I really hope that it can be restored naturally."

Schultz reserved her place on the trail in February. When she started her hike on Monday, the sky was clear. She said she got to enjoy the lake's pristine blue water for nearly 45 minutes before plumes of smoke and flames appeared above.

Schultz and other hikers rushed down to the trailhead as ash fell from the sky. She told 9NEWS CDOT crews escorted her and others through a closed portion of I-70 to safety.

"I don’t know why I had that honor to have been one of the last people to have seen it because it truly does feel like an honor," Schultz said. 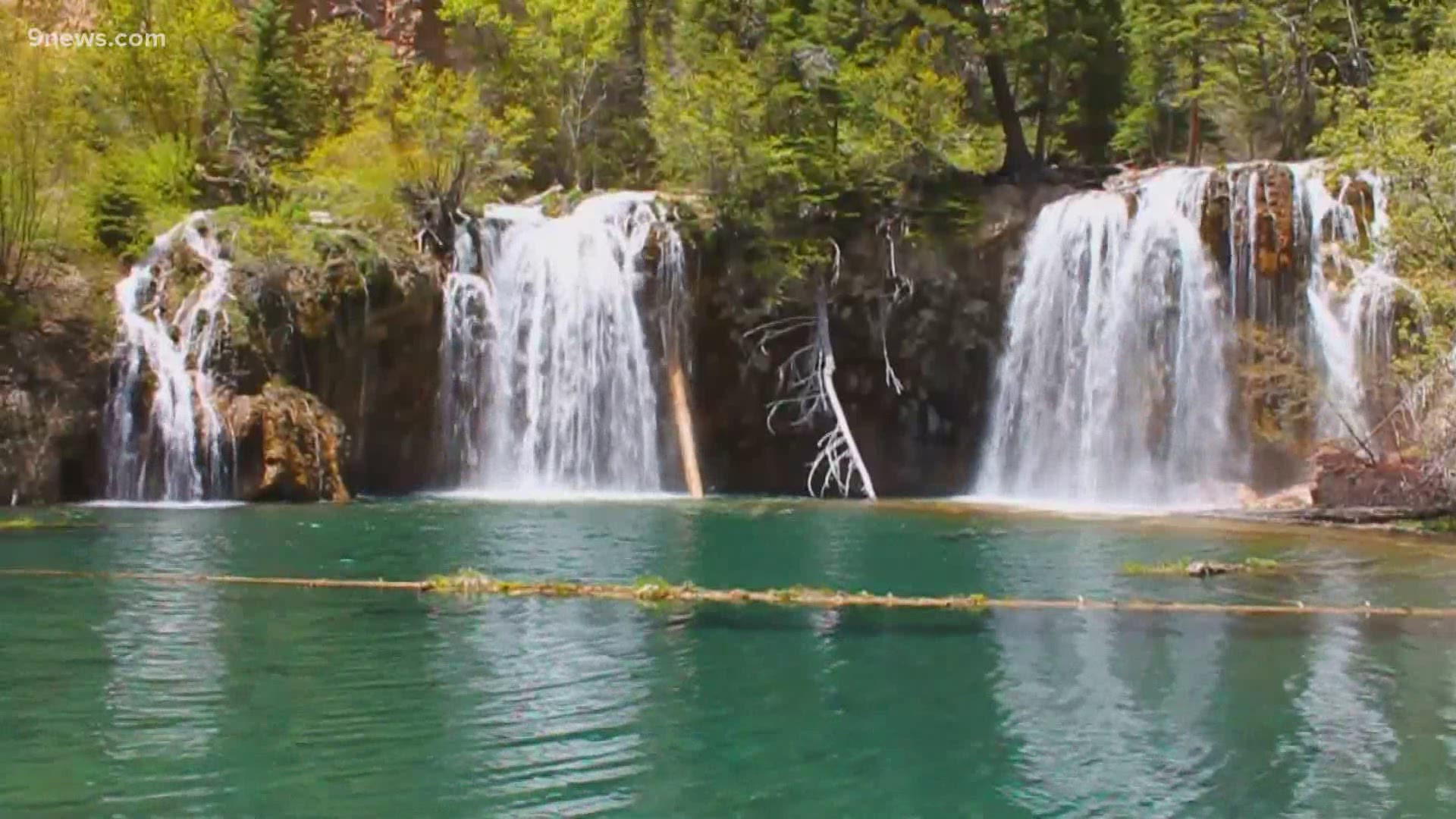 Molnar said his analysis indicates that Hanging Lake was 800 to 1,000 feet within the edge of the Grizzly Creek Fire’s boundaries as of Friday morning.

Hanging Lake is one of Colorado’s most popular attractions – in fact, it became so popular that it needed a reservation system to handle the influx of hikers who wanted to see the iconic view.

> Watch the video above for the latest on wildfires in Colorado.

RELATED: Grizzly Creek Fire a 'top national priority' as it explodes to more than 13,000 acres

“It’s like if the Maroon Bells were to burn or something like that,” Molnar said. “It’s heavily visited, and it would just be a terrible tragedy and just one more thing to add on this year, I guess.”

Interstate 70 has been closed between Gypsum and Glenwood Springs due to the fire. Drivers should use US 285 to US 50 as a detour.

People who want to head into the mountains from the Front Range have been told by the Colorado Department of Transportation to avoid the I-70 corridor altogether, and instead focus on going north or south.

The Grizzly Creek Fire is one of multiple blazes burning in Colorado, which have been stoked by weeks of hot, dry conditions. Most of the state is under some sort of drought.