Officials with the U.S. Forest Service said the lower trail is damaged, but haven't been able to assess the damage. 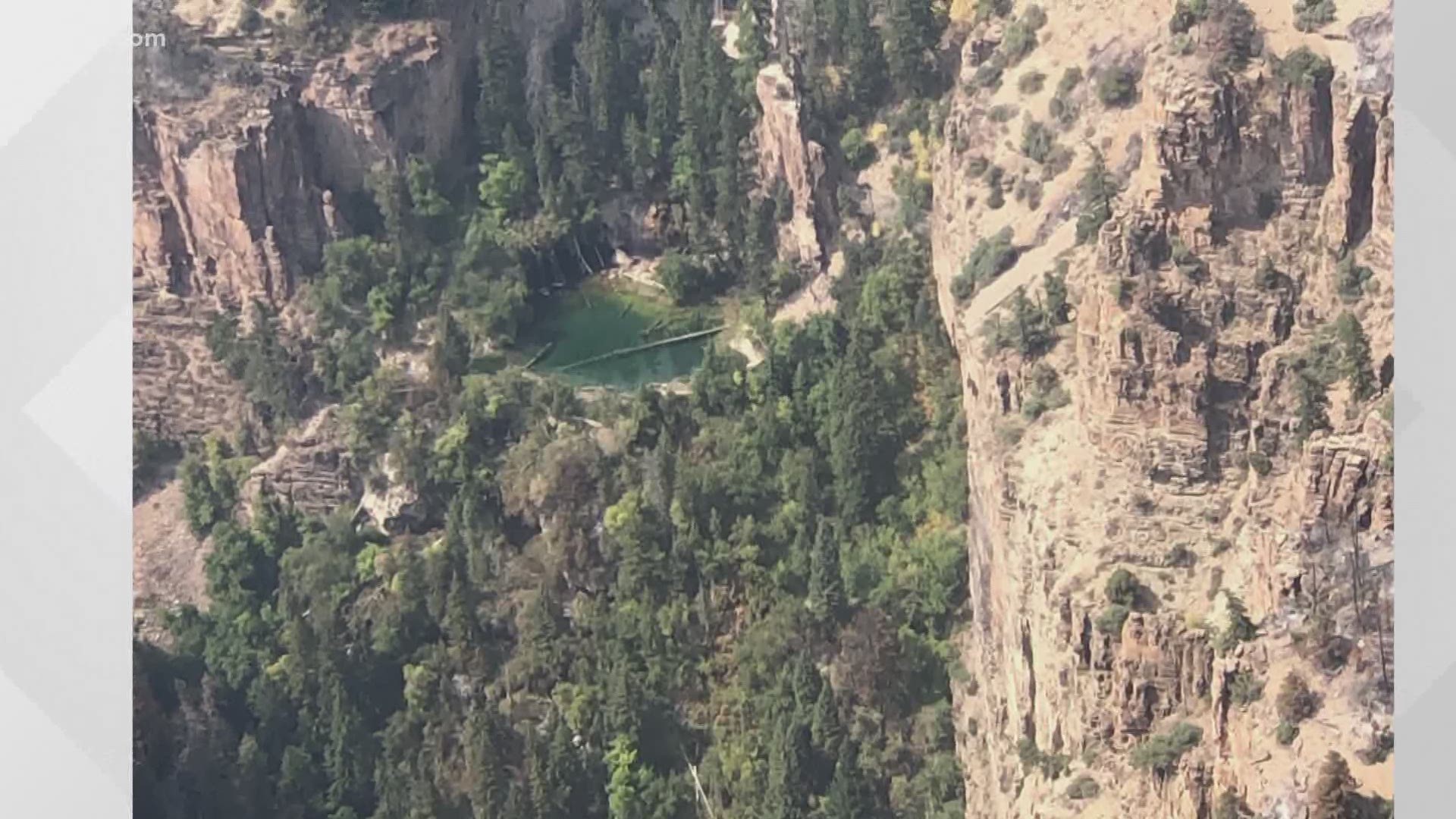 Crews flew over the area Wednesday night and snapped some pictures which show that the fire burned above the lake.

Officials said they know the fire burned through some of the lower portion of the trail that goes up to Hanging Lake, but they haven't been able to assess how much it was impacted.

Credit: US Forest Service
A new photo of Hanging Lake

The Grizzly Creek Fire has burned close to 30,000 acres since it was first reported on Aug. 10 east of Glenwood Springs. It's just 4% contained.

Interstate 70 remains closed through that area between Glenwood Springs and Gypsum, with no estimated time for reopening.  Active fire still surrounds the roadway, officials have said.

Several other major fires are burning in our state which prompted Governor Jared Polis (D-Colorado) to enact a statewide fire ban. While exact causes are not known, officials have said three of the four fires were "human-caused."

RELATED: ‘I’m a rafter, not a firefighter’: Fire crews get help from unlikely places to fight Grizzly Creek Fire