A total of 54 structures were destroyed, according to the Larimer County Sheriff's Office. 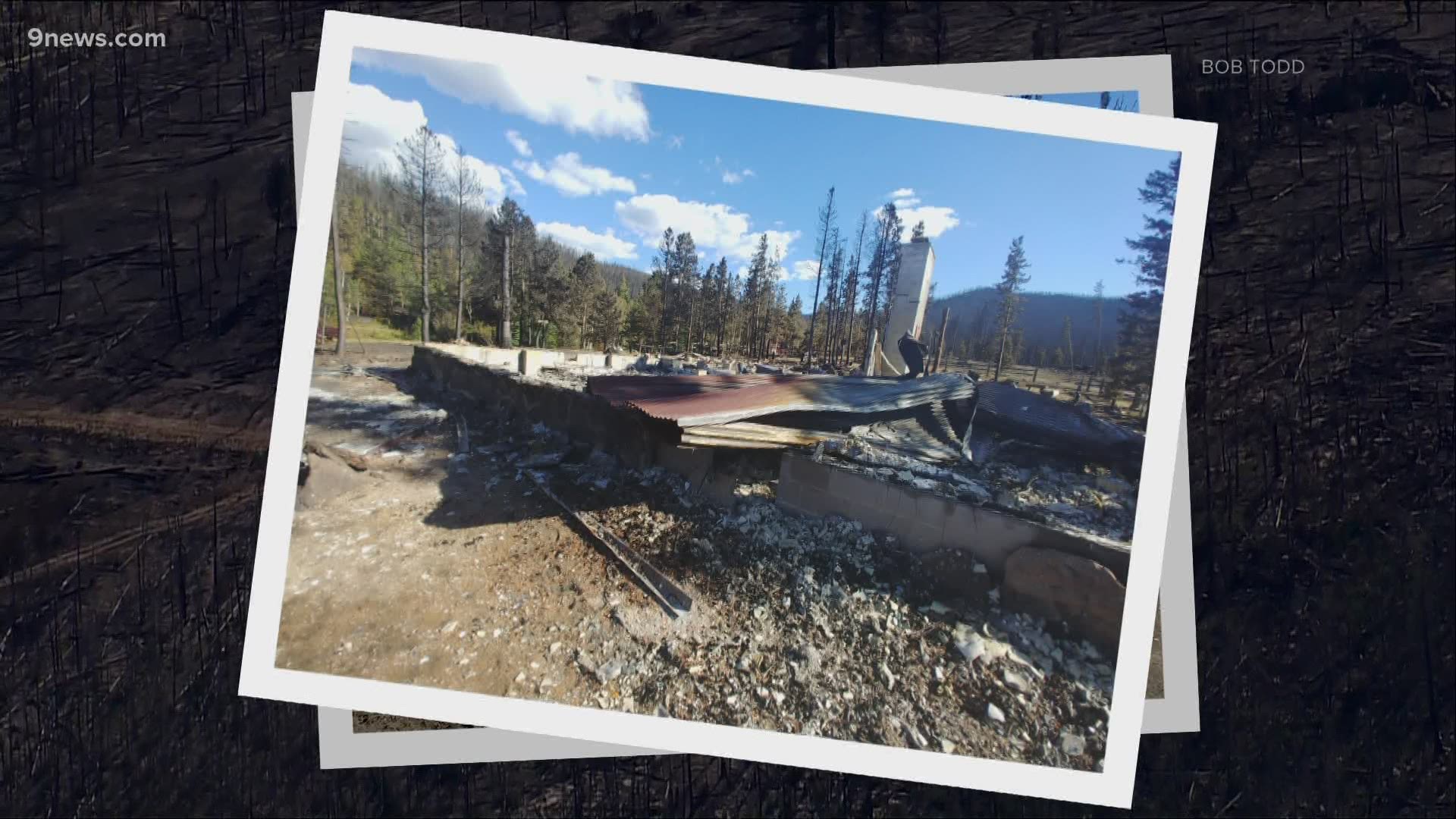 LARIMER COUNTY, Colo. — An assessment of damage caused by the 102,596 acre Cameron Peak Fire in Larimer County has revealed that 54 structures were destroyed, including 25 homes.

According to a press release from the Larimer County Sheriff's Office (LCSO), the department's Damage Assessment Team (DAT) completed its assessments of known structure damage and all property owners with confirmed damage have been notified.

The DAT started in the Poudre Canyon Thursday and found damage south of Highway 14 in the area of Archer's Poudre River Resort, according to LCSO. Two homes were destroyed, and one residential structure sustained minor damage. Multiple outbuildings were also destroyed in that area, LCSO said.

While assessments were ongoing in the canyon, chainsaw crews worked to make the Monument Gulch area accessible by ATVs, LCSO said. The DAT was able to start its assessments late Thursday and continued most of the day Friday.

The team found that 23 homes had been destroyed, two of which were primary residences, according to LCSO. Multiple outbuildings were also confirmed destroyed, and one outbuilding sustained major damage.

LCSO said Poudre Canyon Fire Protection District Chief Hugh Collins contacted the property owners along Highway 14  Friday to advise them of the damage in his fire district. LCSO and the Larimer County Office of Emergency Management contacted property owners in the Monument Gulch area after assessments were finished Friday afternoon.

“The snow was certainly welcome and made an impact on the fire," Sheriff Justin Smith said, "but it also slowed the assessment process. Many people worked very hard to access these areas, complete assessments, and get word to the owners with damage as quickly as possible. I can only imagine how devastating the loss of a home or property to wildfire must be. Our thoughts and prayers are with you.”

LCSO said there could be additional outbuildings with damage that were not located, but they are not aware of any other damage to homes inside the fire perimeter.

The sheriff's office is working with the fire incident management team on plans to allow owners with damage or loss to safely return to their property, and said they would let those property owners when access is possible.

The Cameron Peak Fire, located 15 miles southwest of Red Feather Lakes, started on Aug. 13 and is 4% contained. The cause is under investigation.