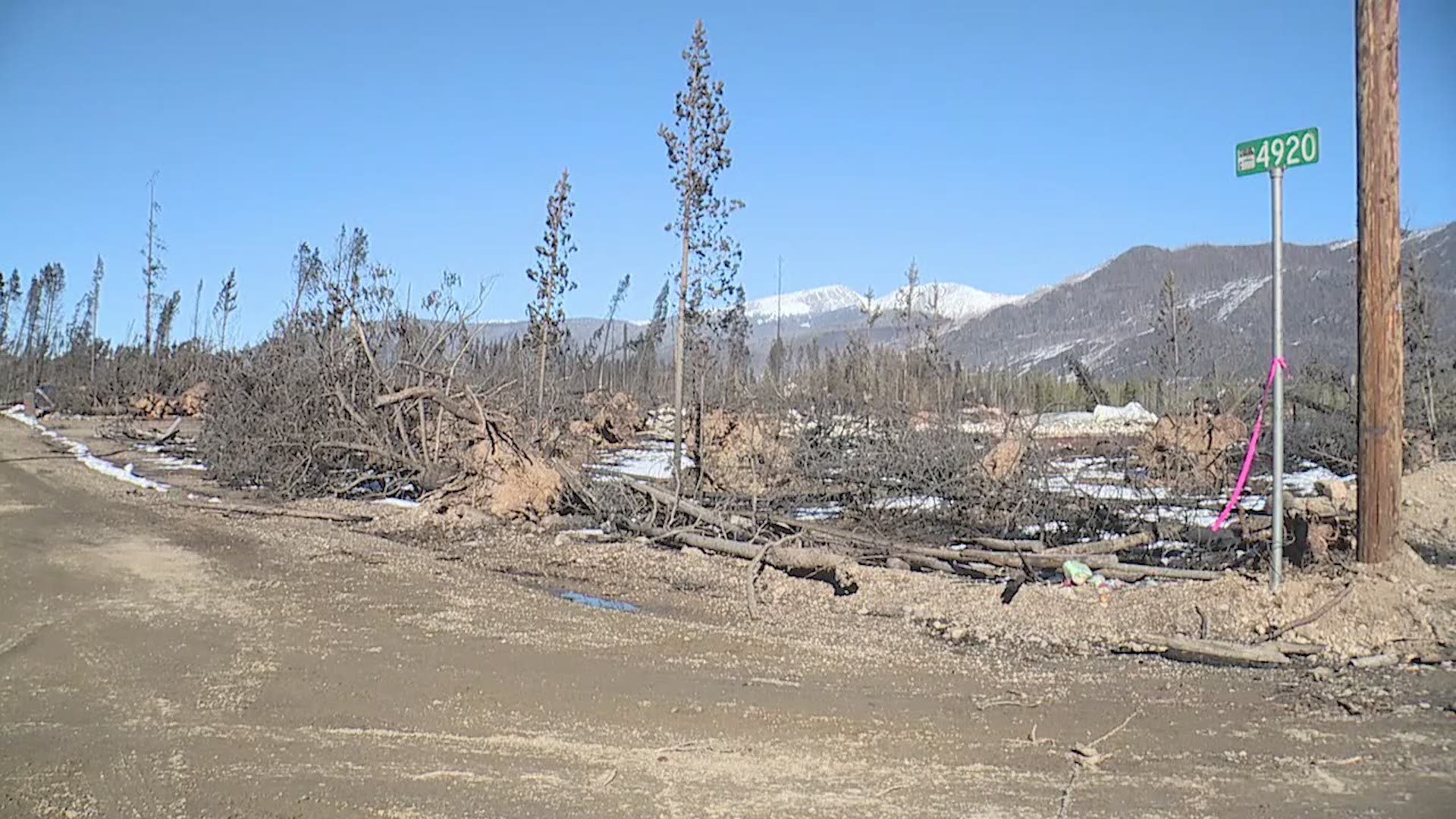 GRAND COUNTY, Colo. — Increased smoke production is possible later this week as warm, dry weather continues in the area where the East Troublesome Fire has been burning since mid-October.

Now the second largest fire in Colorado history, the East Troublesome Fire is 193,804 acres (302 square miles) and 37% contained, according to an update from incident managers.

All of the evacuation orders from the Highway 34 corridor to Rocky Mountain National Park were lifted on Monday, though the park itself remains closed indefinitely. As of this writing, an evacuation remains in place along the Highway 125 corridor from mile post five to the Grand/Jackson County line.

>>> The above video shows structure damage from the East Troublesome Fire.

A team of more than 200 firefighters are continuing to work to mop up areas and bolster fire lines. Crews are assessing damage, but preliminary information indicates more than 400 structures have been destroyed.

The East Troublesome Fire exploded in size the second to last week of October, growing from 24,000 acres to well over 100,000 in a matter of hours.

This led to evacuations in population centers including Grand Lake and Estes Park, and a plume of smoke that led to orange skies across much of the northern Front Range.

The Cameron Peak Fire, which at 208,913 acres is now the largest in Colorado history, is burning roughly 11 miles away, but fire crews say that at this point, it’s unlikely it will merge with the East Troublesome Fire.

Because the East Troublesome Fire is burning on both sides of the Continental Divide, two incident management teams are assessing the blaze. One of them is focused on the so-called Grand Zone on the Grand Lake side, while the Thompson Zone is managing the area near Estes Park.

Multiple inches of snow over the burn area last week slowed the spread of the fire and allowed crews to lift many of the evacuations.