Insurance-based firefighting: These crews don't go out to save every house

One of Colorado's largest wildfire fighting outfits is in it to protect the customers they are contracted to serve, rather than every home in danger. 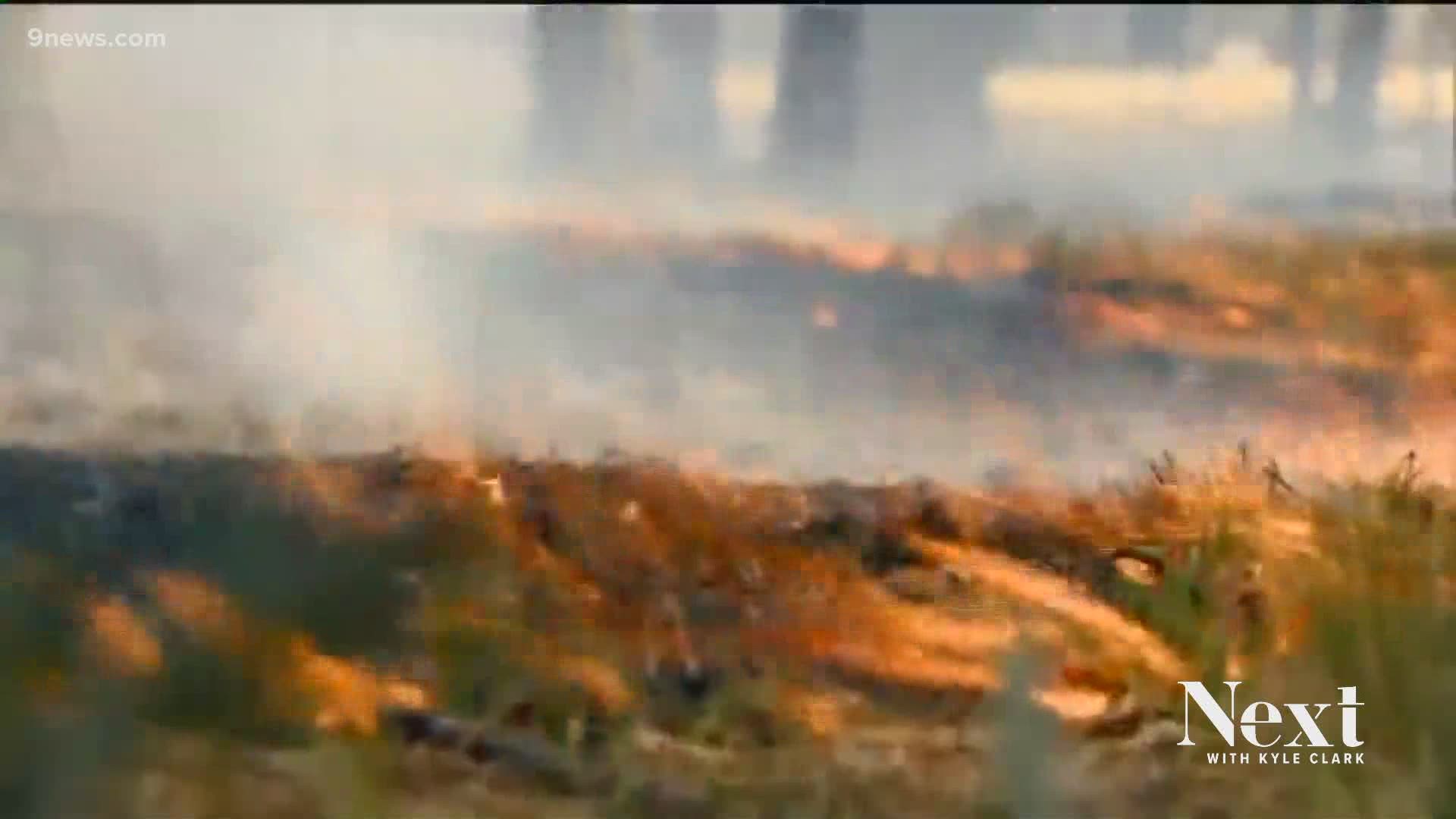 DENVER — Wildfires have taken the homes of more than a thousand Colorado families in the last decade.

Last year's East Troublesome Fire in Grand County destroyed 366 homes. That is not even the most destructive in Colorado history. Almost 500 homes were lost in the Black Forest Fire in El Paso County in 2013.

As residents race out of the evacuation zone, fire crews hurry in. And among those crews might be a group of private firefighters sent to protect specific property.

Wildfire Defense Systems, based in Bozeman, Mont., provides private firefighting for insurance companies. It is considered the third-largest fire agency behind the federal government and the state of California.

"It's not a first responder service, it's mitigating structures, preparing them for fires, and so it's a service that's not in there with the first responders," said Torgerson.

He explained that the fire crews will be away from the active fire, preparing homes that are insured with companies they work with.

"We would do things like fuel mitigation, embers, leaves, sprinkler systems, retardant fire lines outside of the property on natural vegetation, fire blocking gel sprayed on the property. We just keep going and apply the tactics that it takes to make sure that the cycle of ignition does not occur on that structure," said Torgerson. "We take a lot of firewood piles and move them 100 feet away from the property. We turn off barbecues. Actually, one of the big things that burns down structures is cushions on patio furniture."

Torgerson said that Wildfire Defense Systems coordinates with the incident command similar to a telecommunications or utility company working within the evacuation zone.

"In the case of the wildfire incident itself, we rarely have contact directly with the policyholders as they're evacuated," said Torgerson. "We will often leave a card to say we've been there, but there are some telltale signs, maybe the firewood supply is stacked a little differently when they come back. Maybe they'll find that there's some vegetative wildfire retardant that may have been sprayed around their edge of their property on the natural vegetation, which will fade away in just a matter of a couple of weeks."

State Farm is one insurance company that contracts with Wildfire Defense Systems.

"It protects our customers' homes. It helps State Farm control our exposures to wildfire," said John Argenziano, State Farm Property & Casualty Underwriting Director. "Every (State Farm) homeowner customer in Colorado gets this service, whether you're in a high-risk wildfire area or not."

It comes down to money.

The five most expensive Colorado fires for insurance companies have all happened in the last decade:

"The insurance companies are doing a risk analysis," said Garry Briese, the executive director for the Colorado State Fire Chiefs.

"A 'fire mark' in the 18th and 19th century was put on the building as a result of the building being insured, and it told the volunteer fire department at the time that if they fought this fire that they would be paid by that insurance company. And homes or businesses that did not have 'fire marks' on them, meaning they weren't insured probably got less than desirable service," said Briese.

Fire marks are more prevalent on the east coast, and tend to be souvenirs with firefighters across the country.

Wildland Defense Systems does not put a "fire mark" on someone's home to indicate it is insured by a contracted company, but the fire crews are sent in to protect specific homes.

"The mission is to serve those insured properties, but the ethic is to do the right thing," said Torgerson.

RELATED: In spite of wildfire risk, there's no statewide guide book for building property in Colorado