The fire is burning near Chambers Lake in national forest land that has been closed, meaning there is no access to trails. 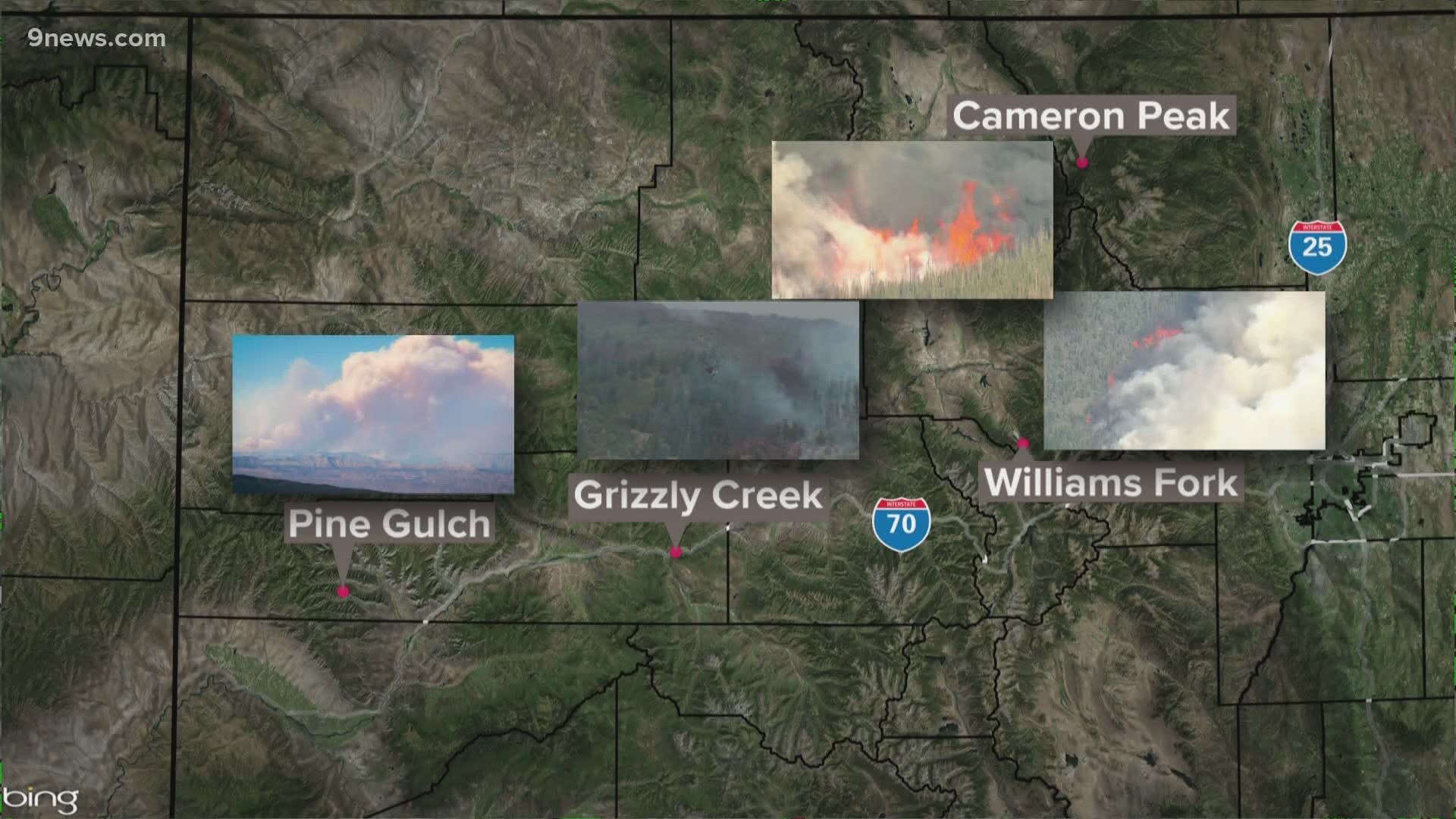 LARIMER COUNTY, Colo. — Law enforcement is asking the public for photos or video related to the start of the Cameron Peak Fire.

If anyone took photos of the Cameron Peak Fire from the trails located south of Cameron Peak, please email them to SM.FS.usfsarp@usda.gov.

Photos that are most helpful would show active fire near or adjacent to the trails south of Cameron Peak, according to a release from the US Forrest Service.

The Cameron Peak Fire burning in western Larimer County has consumed 15,738 acres as of Wednesday morning and is 0% contained.

Hand crews, along with support from aerial assets worked to try to contain these spot fires. Strong afternoon winds shut down aerial operations on Tuesday and the spot fires became established.

Parts of Rocky Mountain National Park are now closed as firefighters move in to protect the park on Tuesday, according to a video announcement shared Tuesday.

The Cameron Peak Fire is burning in an area about 60 miles west of Fort Collins. The cause of the fire is being investigated, but is believed to be human-caused.

Crews will continue to build upon Tuesday's progress by assessing structures along the Laramie River Road, Pingree Park Road, Highway 14, and in the Red Feather and Crystal lakes areas. Crews will also work to remove brush near structures and set up pumps, hoses, and sprinklers where most effective.

Fuel break construction is continuing on Wednesday across the north and south ends of the fire area where crews and heavy equipment are improving upon existing fuel breaks and connecting them into features on the land, such as meadows.

Fire managers are assessing stream features to the south of Joe Wright Reservoir, which they hope to utilize to slow the spread of the fire.

Colorado Highway 14 is closed from Rustic to Gould, as of Wednesday, Aug. 19. There is heavy fire traffic through the Poudre Canyon as crews access the fire area.

The closure had impacts on numerous recreation sites, including many trails and trailheads. A number of boating and fishing sites were closed, including Chambers Lake. Picnic sites closed include Bellaire Lake, Bennett Creek, Cameron Pass, Chambers Lake, Fish Creek and Tunnel.