Investigators work to determine causes of fires raging across Colorado

Governor Polis said Tuesday 3 of the 4 big wildfires were likely caused by humans. 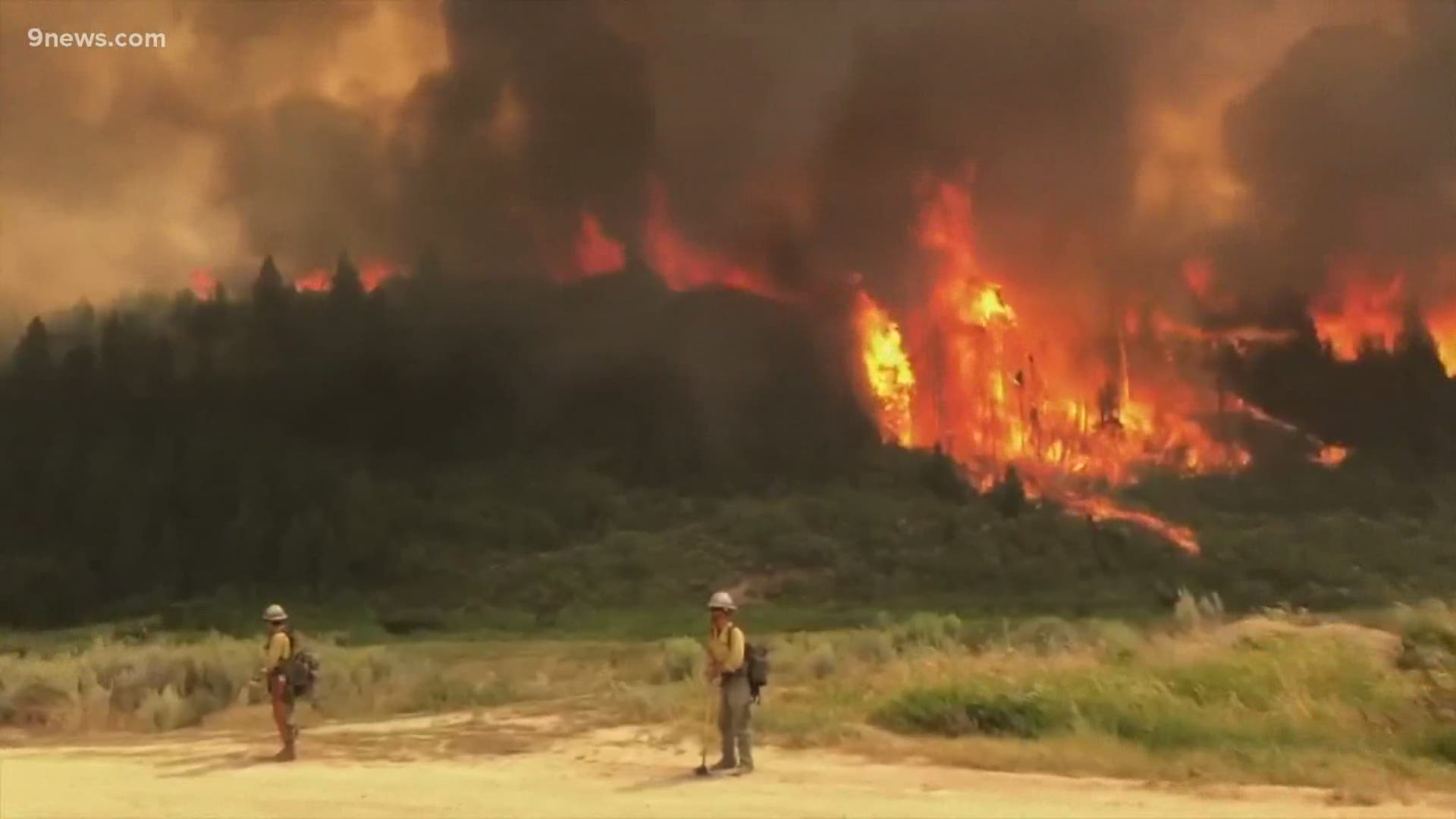 When you look at a mountain covered in smoke and flames, it’s hard to imagine the exact spot where the fire started.

"We often say that it’s kind of like a needle in a haystack," said Carmen Thomason, a fire education and mitigation specialist for the Bureau of Land Management and a wildland fire investigator. "If I can narrow it down to an acre or two of where the fire was before it got so large, that definitely helps us."

Let’s look at the Pine Gulch Fire burning on BLM land outside Grand Junction. Before it grew to nearly 88,000 acres and became one of the largest wildfires in the history of the state, investigators determined a lightning strike started the first flame.

"One of the first questions that we always ask ourselves is how could this fire have started?" said Thomason. "When we have a fire like Pine Gulch where we know there was lightning in the area and there’s really no strong evidence or witness statements of where the fire started that leads us to believe that it was human caused, then we can call it a lightning fire."

Fire investigators use lightning detection systems to determine if there was lightning in the area when the fire started. That can help narrow down the cause based on the weather.

That includes the Cameron Peak Fire in Larimer County, the Williams Fork Fire in Grand County and the Grizzly Creek Fire burning near Glenwood Springs. The exact causes are still under investigation.

Firefighters believe lightning started the Pine Gulch fire which is the state's largest active fire and the third largest recorded in state history.

Loren Laramore has been investigating fires with West Metro Fire for more than 20 years. He said fires that start near roadways can spread quickly if sparks fly from a passing car or truck.

"The idea with wildland fire investigation is to first identify the origin. Once we have the origin, then determine the cause," said Laramore. "We often times see a series of ignition points as that chain is being dragged down the highway, it will spark a series of fires."

As firefighters work to stop the flames, investigators are already at work to determine what started them.

"We like to investigate all of our fires because if we don’t know what starts fires we can’t work to prevent them," said Thomason.