It's been 5 years since the Waldo Canyon fire

Five years ago Friday, a brush fire broke out about three miles west of Colorado Springs. 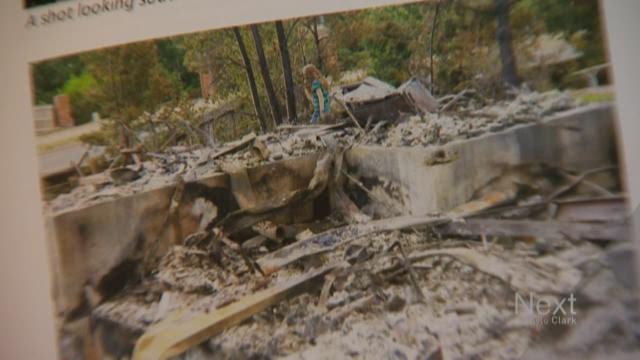 Five years ago Friday, what began as a brush fire broke out about three miles west of Colorado Springs.

Over the next 16 days, this fast-moving fire would scorch 18,247 acres, claim two lives, close a stretch of US 24, lead to the evacuation of more than 32,000 Colorado Springs, Woodland Park and Manitou Springs residents and destroy 346 homes.

Up until the Black Forest Fire, the Waldo Canyon Fire was the most destructive fire in Colorado’s history. More than $453.7 million in insurance claims were filed by people who lost their homes or had significant damage.

On that day, Colorado Springs had a record high temperature of 101 degrees. Wind gusts reached 65 miles per hour in spots – and ever so slowly, the blaze began advancing on three neighborhoods.

PHOTOS: It's been five years since the Waldo Canyon Fire

In a span of 12 hours, 346 homes were all but reduced to ash. William Everett, 74, and his wife Barbara, 73, were discovered dead. They died as they tried to evacuate their house.

William was a Vietnam War veteran.

President Barack Obama toured the Mountain Shadows neighborhood – one of the places that was destroyed – on June 29, 2012.

If you look above the homes standing from Mountain Shadows Park, you can see evidence of Waldo Canyon Fire 5 years later. #9News #HeyNext pic.twitter.com/jSvjLFXPhT

Thousands of firefighters were called to battle the blaze, and though this part of the story was over, there were still concerns about mudslides and flooding along the burn scar.

What caused the Waldo Canyon Fire is unknown, but investigators say people were responsible.

9NEWS Reporter Steve Staeger is in the Mountain Shadows subdivision, where they’re remembering the fire and first responders five years later. He’ll have a report on 9NEWS at 4, 5 and on Next with Kyle Clark.