The State of Colorado has contracted a large air tanker that will be stationed in Broomfield for the rest of the fire season. 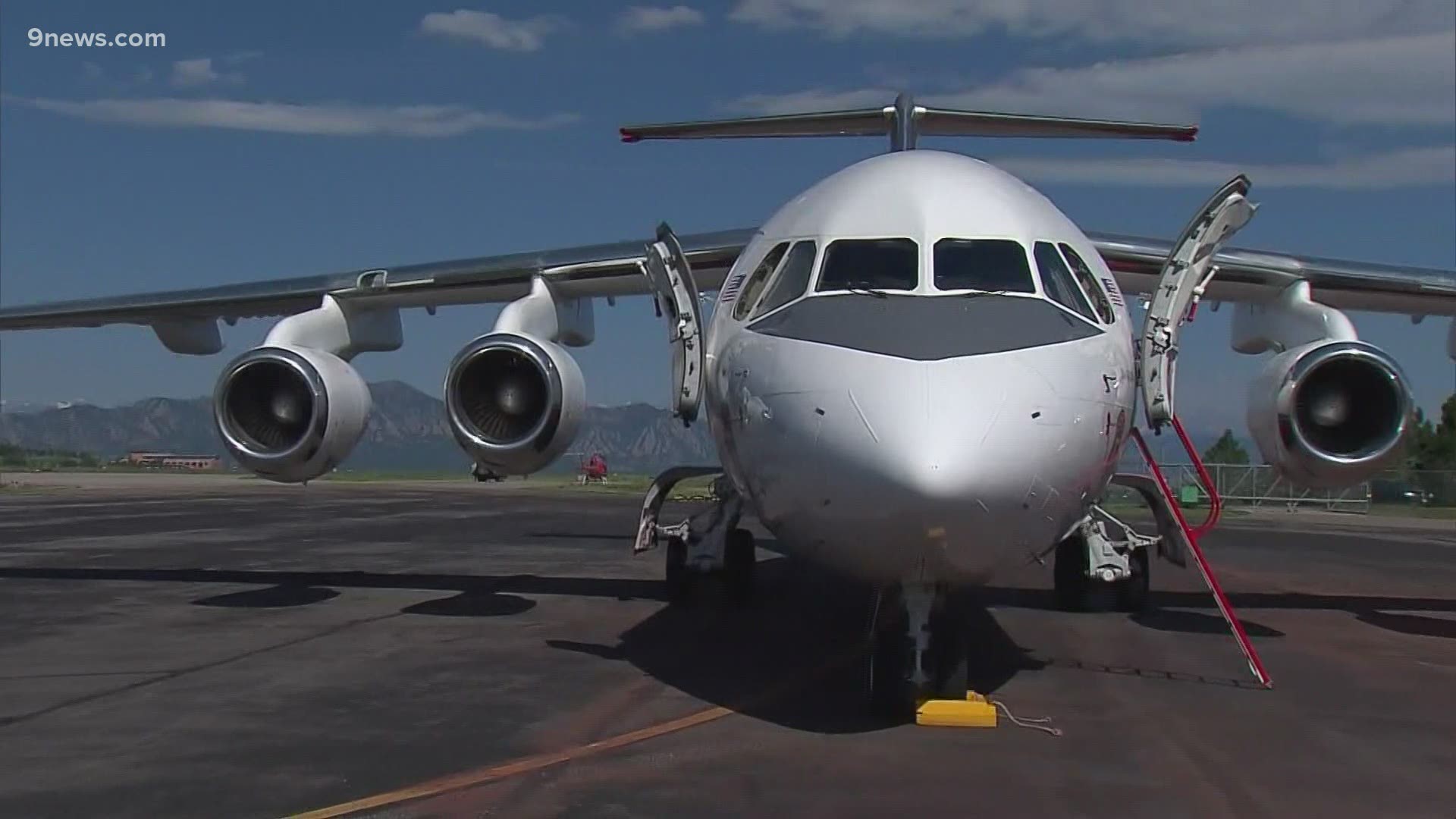 BROOMFIELD, Colo. — Higher humidity levels and some lighter winds in Colorado over the past few weeks has put the wildfire danger on a temporary hold, but it's starting to creep back into the conversation.

"We're well prepared for what's probably going to be coming in the next few days as things heat back up, especially on the Western Slope," said Mike Morgan Director of the Colorado Division of Fire Prevention and Control (CDFPC).

Extreme and Exceptional drought covers much of the western U.S. including the western half of Colorado. 100-degree temperatures were reported across the State on Thursday as the state introduced its new large air tanker at Rocky Mountain Metropolitan Airport in Broomfield.

It will be based there all season, and Colorado purchased exclusive control over its missions.

“When we bring things into operational control for the State of Colorado, then we’re making decisions based on Colorado’s needs," said Morgan. "And we’re not competing with 18 other states out there.”

He said when a large wildfire flares up in Colorado, it can sometimes take four to six hours to get a large air tanker to join our fire-fight from other states.

“Being able to have this come in to support your local fire agency, to keep a fire small in 30 to 45 minutes versus four to six hours. That makes all the difference in the world,” Morgan said.

Colorado purchased a one-year contract on this jet on June 24, but its photo-op for media had to wait because three large wildfires flared up in the western part of the state that day.

“That afternoon this aircraft was out fighting fire,” he said.

Morgan says the new air tanker has already flown 19 wildfire missions in Colorado in its first two weeks on the job. The plane is a British Aerospace 146 operated by Missoula based Neptune Aviation. It's capable of delivering 3,000 gallons of fire retardant.

The tanker joins a new Firehawk helicopter in the State’s new-look wildfire aviation fleet. The State of Colorado announced in April that they had purchased the helicopter, but would not be taking ownership of it until spring of 2022. A similar Type I helicopter is on lease and currently stationed on the Western Slope.

CDFPC said these new aviation assets are meant specifically to attack fires that are growing faster, larger, and stronger than wildfires of the past.