Largest Colorado wildfire in history started one year ago today

The Cameron Peak Fire started on August 13, 2020 in Larimer County. 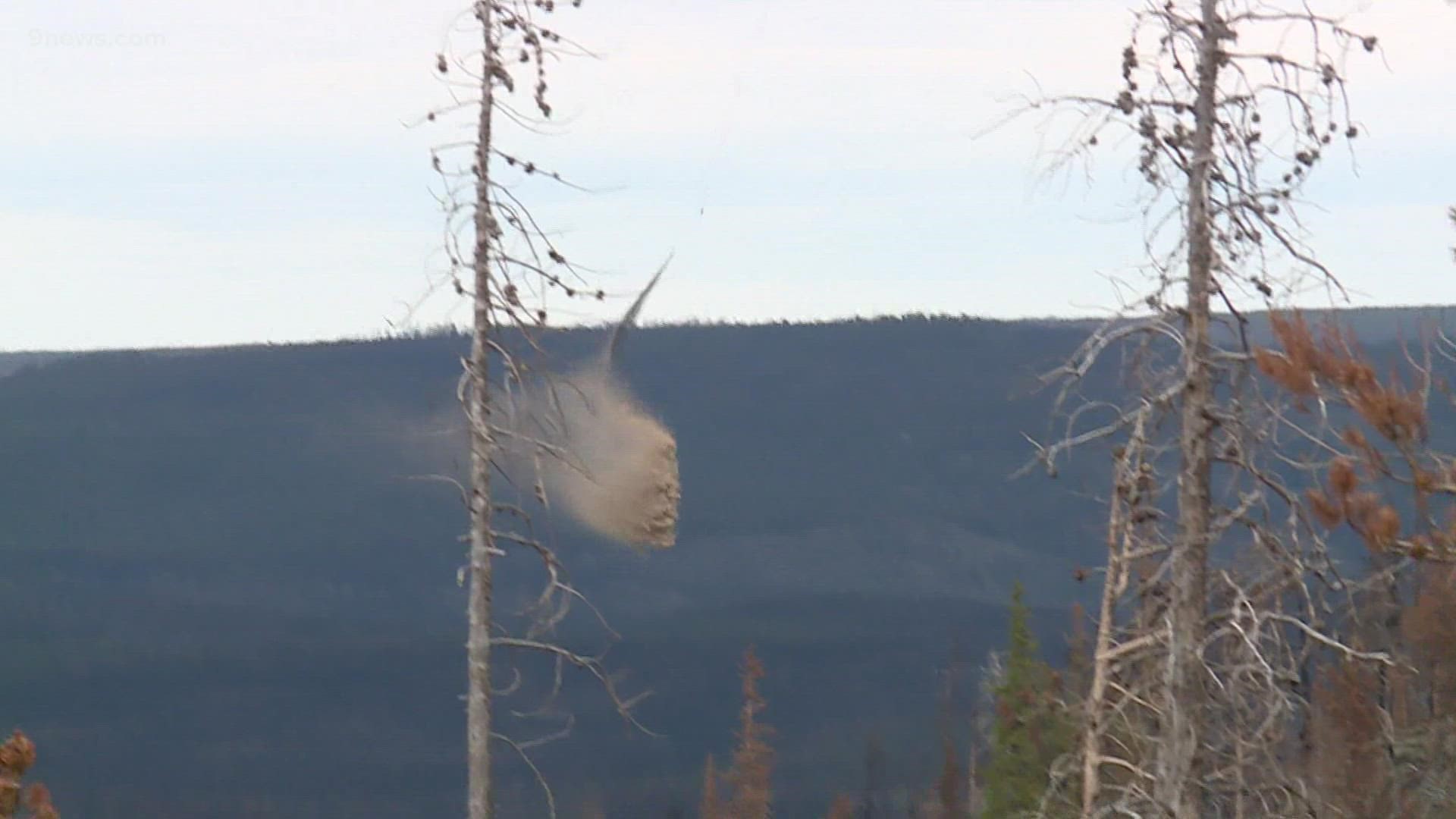 “We knew that there was potential for a significant fire but to see something in an area where we had experienced the High Park fire back in 2012, and we thought that was such a huge fire over 80,000 acres, to then turn around and have one at nearly 209,000 acres, I don’t think people foresaw that happening," said Reghan Cloudman, a public affairs specialist with the U.S. Forest Service.

The Fire destroyed more than 440 structures, including more than 220 cabins and residences. It cost well over $100 million to contain, and its impacts are still being widely felt a year later.

Deadly flash floods swept through the flood-prone burn scar last month, and flash flooding has been a recurring problem for the area.

Cloudman said aerial mulch drops will continue through the fall and likely into summer of next year to mitigate burn scar flooding and try to stop debris from getting into water sources.

"To have the number one and number two largest fires in Colorado history the same year, it's a lot of work," she said.

She added there are still forest closures in the Arapahoe and Roosevelt National Forests for the safety of the public, and to allow access to those areas for crews doing recovery work.

The fire is believed to have been human-caused, though it officially remains "under investigation."

Of course, the Cameron Peak Fire was far from the only fire to ravage the state last summer. In fact, two other notable wildfires started a year ago this week: the Grizzly Creek Fire in western Colorado and the Williams Fork Fire in Grand County.

Mudslides from the burn scar from the Grizzly Creek Fire in particular continue to ravage Interstate 70 around Glenwood Canyon. Wildfires burn vegetation that would otherwise absorb moisture, and burn scars make mudslides far more likely in the years immediately following a fire.

The Cameron Peak Fire occurred during the most active wildfire season in Colorado's recorded history, including the East Troublesome Fire that would start up in October which would become the second-largest wildfire in state history.

An active monsoon season this year is leading to widespread flash flooding across the state, including a record number of Flash Flood Warnings so far in 2021.