Colorado's largest wildfire ever destroyed 243 structures and damaged more than 200 others. Larimer County's assessor valued the loss at more than $6.3 million. 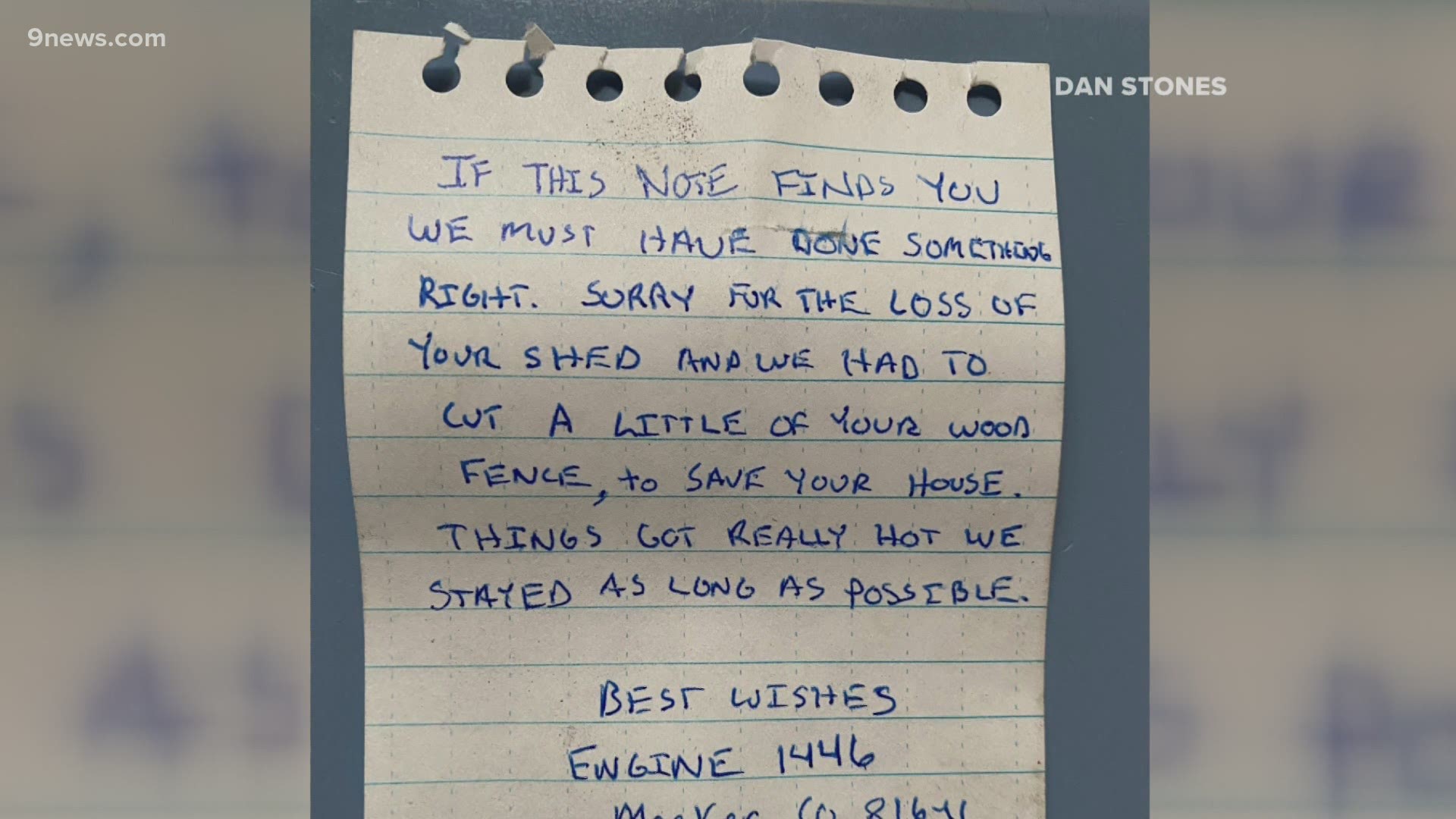 In total, 469 structures were either damaged or destroyed with 243 structures being a total loss, Larimer County Assessor Bob Overbeck said.

> Video above: A homeowner came back to his property and found a note from a firefighter.

The total market value loss on the properties was $6,385,058, according to the assessor's report.

This past wildfire season in Colorado was an historic one. Colorado's three largest wildfires ever burned in 2020.

The Cameron Peak Fire was first reported just before 2 p.m. on Aug. 13. The fire exploded in size over Labor Day weekend, burning more than 78,000 acres. In all, it charred 208,913 acres (about 326 square miles). The fire's cause is still under investigation.

The state's second-largest fire, the East Troublesome Fire, scorched 192,560 acres. It was first reported in Grand County on Oct. 14. Between Oct. 20 and Oct. 23, the fire exploded from 18,550 acres to 187,964 acres. Two people were killed in the fire. Its cause is still under investigation, too.

RELATED: 'It was just the perfect storm' | Grand County firefighters fought to save Grand Lake from burning during East Troublesome Fire