The Lewstone Fire was holding at 165 acres on Monday. 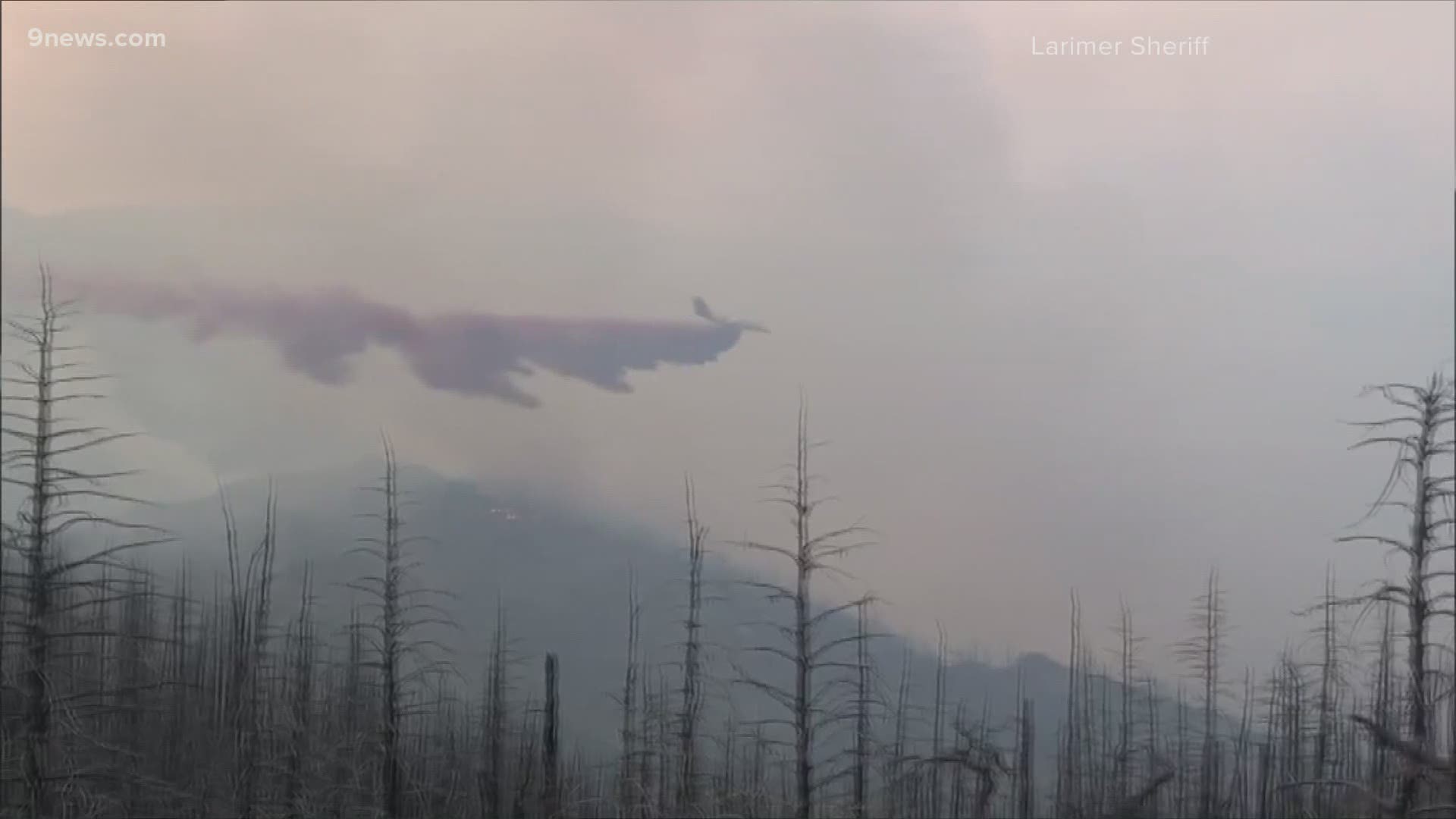 LARIMER COUNTY, Colo. — Evacuations have been lifted for the Lewstone Fire that broke out in Larimer County Saturday afternoon – the fire is now 100% contained, officials said.

The Larimer County Sheriff's Office said the Lewstone Fire northwest of Fort Collins was estimated at 165 acres on Sunday, with no containment.

On Monday, the sheriff's office said the fire was holding at 165 acres with 12% containment.

#LewstoneFire Update – fire is 100 percent contained & all evacs are lifted. LCSO will assume command at midnight. No resources on fire tonight & 45 personnel on scene tomorrow for continued mop-up operations. https://t.co/cW9tGEc5ky

The Larimer County Sheriff's Office on Tuesday said 45 personnel will be on scene Wednesday for continued mop-up.

It was burning between Highway 14 and Rist Canyon Road, about 3 1/2 miles west of U.S. 287, according to the sheriff's office.

For updates, you can text the word LEWSTONE TO 888777. Residents are urged not to call 911 unless they are in danger.