Colton McDonald was rescued by helicopter after he was trapped by fire while on a 10-day solo backpacking trip. 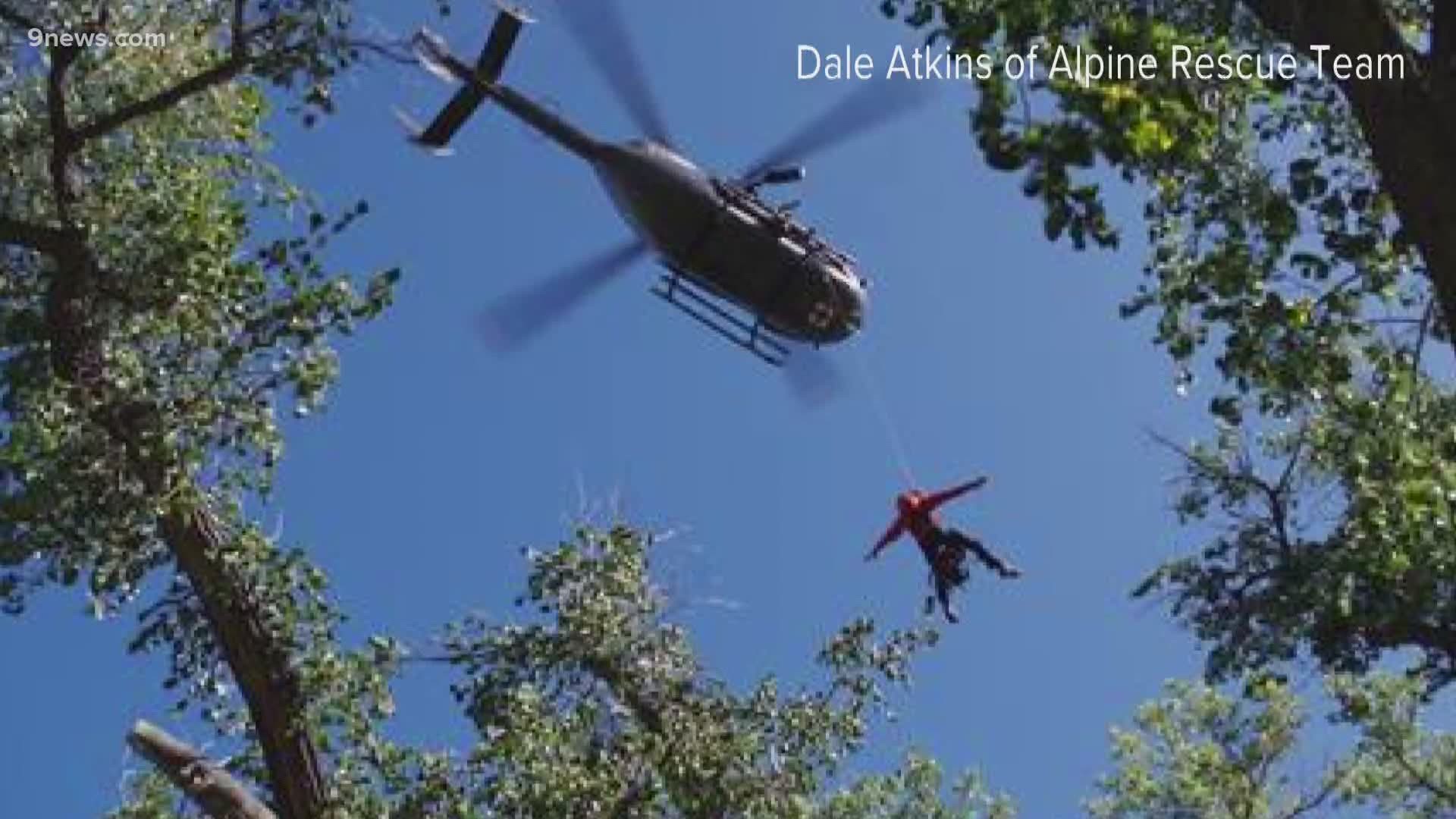 FORT COLLINS, Colo. — Colton McDonald will be hard-pressed to top his 30th birthday.

That's because it involved his first helicopter ride, being trapped in the Cameron Peak Fire and receiving a warm hug from his father when he returned to his Loveland home.

“I was elated that I was out of there, for sure,'' McDonald said Thursday from his home. "But on the way home driving down the (Poudre) Canyon, I was processing the whole experience. I had set out to reconnect with nature. I had set out to catch a bunch of fish and have an adventure. And at the end I accomplished all that stuff.’’

McDonald was the sole recreationist rescued via helicopter from the Cameron Peak Fire and is believed to be the last person in the fire that is raging in the Roosevelt National Forest west of Fort Collins.

He set out on a 10-day solo backpacking trip into the ruggedly beautiful Rawah Wilderness on Aug. 13, the day the fire started. He parked his vehicle at the Blue Lake Trailhead off Colorado Highway 14 around sunrise and reached Blue Lake about noon. An hour later, he saw the first smoke come off the Cameron Peak Fire.

McDonald used his previous backpacking experience to navigate north, upwind from the fire, for five days before looking for other routes out of the forest. At the top of a pass on day six, he realized getting out would be harder than he thought.

"I noticed that the whole Blue Lake Valley area was on fire," McDonald said. "At that point I could even see flames coming out of the trees. Getting up there, seeing that, that route was blocked. And I knew that my alternate route was blocked. And that was kind of a moment where it really set in that. Wow, I'm actually trapped up here."

McDonald debated whether to use the SOS function on his GPS tracker. He was successful fishing and said he thought he still had one or two weeks worth of supplies left. But he could not think of another sure route out.

"I've been carrying that thing around knowing that I kind of had this lifeline. But I never anticipated actually having to use it," McDonald said.

Within minutes of hitting that SOS button, McDonald was connected with emergency crews and was able to text them to coordinate a safe rescue location. About four hours later, he was out of the forest and on his way home.

"In the end, I went out there to have something unique, I had a unique experience out there," McDonald said. "As dangerous as it could have been, you know, I'm very grateful to have gotten out of there."

> Click here to continue reading the story on Coloradoan.com