The East Troublesome and Cameron Peak fires impacted about 30,000 acres of the park. 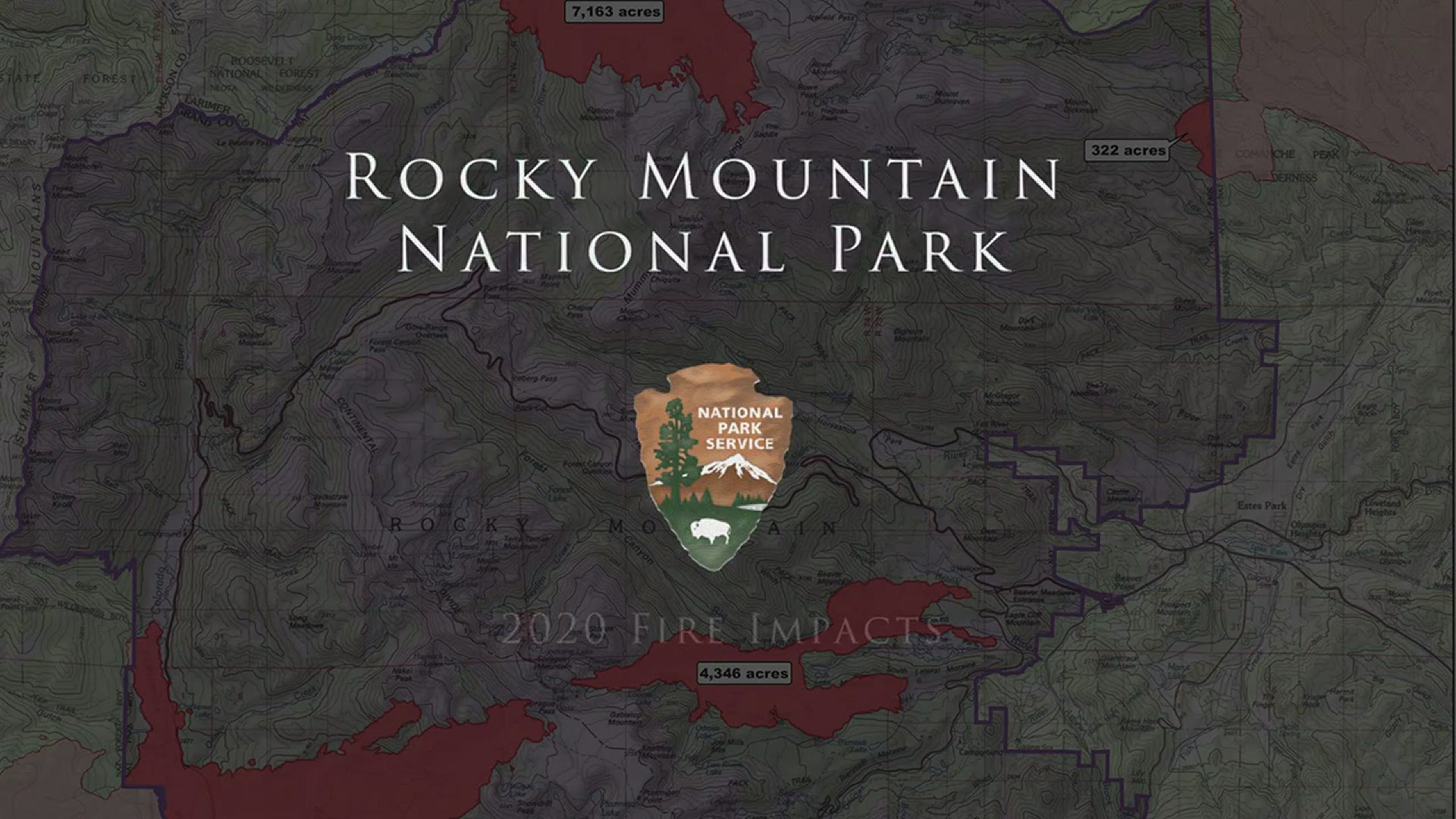 On the east side of the park, Trail Ridge Road is open to Many Parks Curve.

The release said the ongoing road construction project between the Beaver Meadows Entrance Station and Deer Ridge Junction will resume on Monday, Nov. 16, and that visitors should expect up to 20-minute delays between 7 a.m. and 5 p.m.

The East Inlet Trail and the East Shore Trail on the west side of RMNP have reopened, according to the release.

The west side of the park remains closed past the Grand Lake Entrance, as well as the North Inlet Trail and the Sun Valley Trail, the release said, due to the level of fire impacts and ongoing safety assessments.

The release said areas that will remain temporarily closed to park visitors on the east side of the park include Bear Lake Road, Upper Beaver Meadows Road, the North Boundary Trail and the North Fork Trail, as well as Mummy Pass, Stormy Pass, Comanche Peak and Mirror Lake trails.

Park staff will continue to assess those areas for fire activity, safety and downed trees, the release said, being mindful of high winds that occur this time of year causing more trees to fall.

The fire led to evacuations in Grand Lake, as well as the majority of the Estes Valley.

The release said park visitors should be aware of smoke, wind, weather and fire conditions.

The East Troublesome and Cameron Peak fires impacted about 30,000 acres, or 9% of the park, leading to its complete closure on Oct. 22.