Threat of mudslides in Colorado could stick around throughout the summer

With more rainfall forecast for the Grizzly Creek Fire area, more mudslides and closures are possible this weekend. 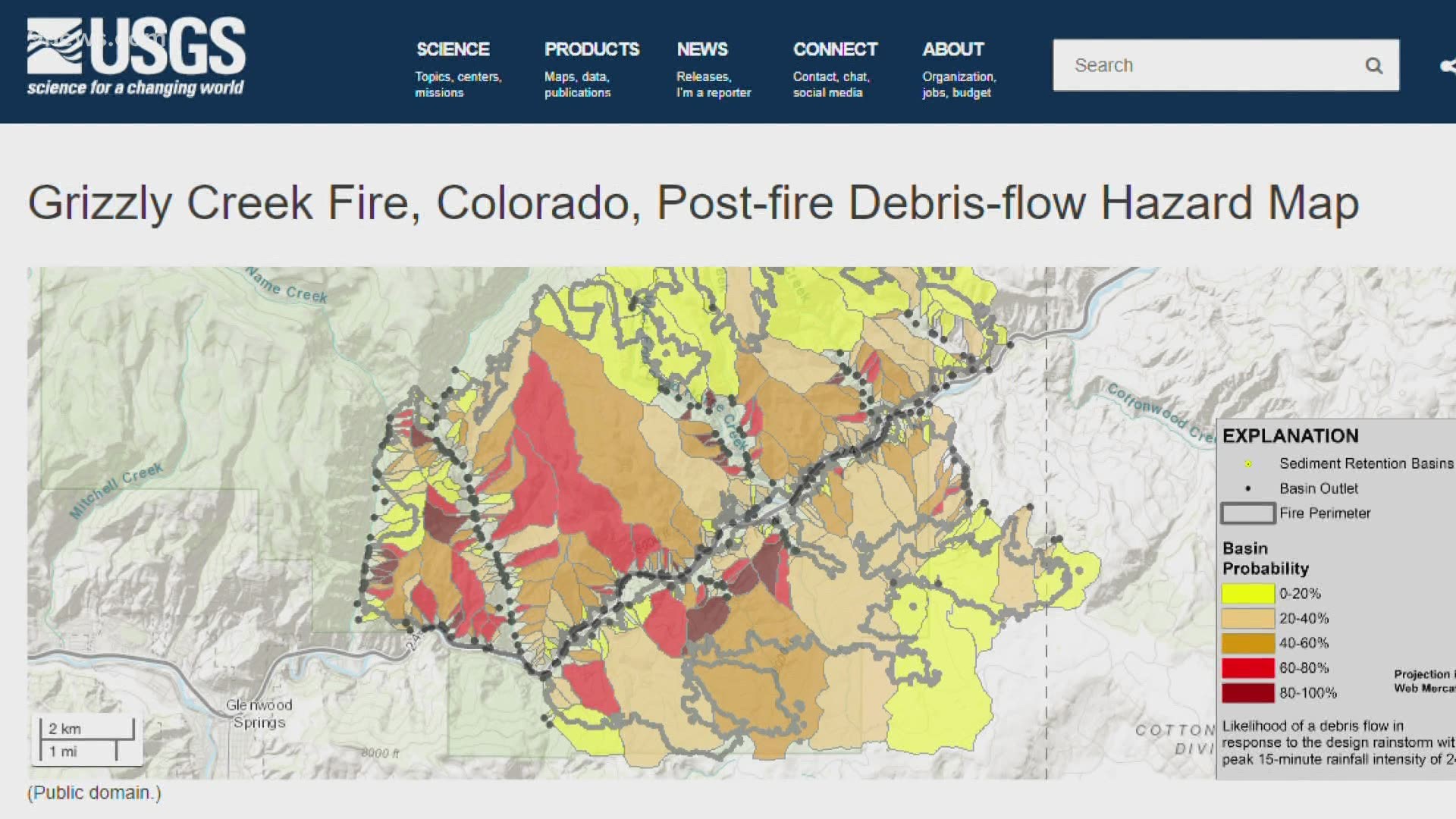 COLORADO, USA — There’s a concern the threat of mudslides in Colorado will stick around throughout the summer. The state got a taste of it over the weekend when two mudslides created lengthy closures on Interstate 70.

The slides happened in areas burned in last year’s Grizzly Creek Fire. With more rainfall forecast for that area, more mudslides and closures are possible this weekend, according to Colorado Department of Transportation (CDOT) officials.

When a wildfire is contained, a team with the U.S. Geological Survey (USGS) creates a map to alert the public and emergency management to the likelihood of a post-fire debris flow.

“It is something emergency managers can use and the public can use where there might be a threat to infrastructure,” said Francis Rengers, Research Geologist at USGS.

He believes there will be a threat of mudslides this entire summer season.

“Yeah, there is a pretty high concern,” he said. “Because it doesn’t take a big rain storm to create these debris flows after a wildfire.”

USGS created a map for the Grizzly Creek Fire back in August of 2020. For now, he believes their maps of the burn areas have been fairly accurate. They check the burn areas multiple times to update their data and refine predictions.

Rengers said the weather service takes their information and can offer watches and warnings to the public based on some of the observations USGS makes.

“Emergency managers and people like CDOT are able to utilize that to make decisions,” he said.

Mike Lester, the Director of the State Forest Service, was not surprised by the mudslides at all.

“We have the slopes,” he said. “That is your first ingredient. But trees, forested vegetation, they really anchor those slopes. They make them pretty stable. We are pretty stable. But when they disappear in a fire, those slopes no longer have that anchor there.”

After a wildfire is put out, groups of volunteers and professionals work to stabilize the soil to protect the forest and try to prevent mudslides.