The Jackson County Sheriff's Office has issued new evacuations as the Mullen Fire that started in Wyoming spreads into Colorado. 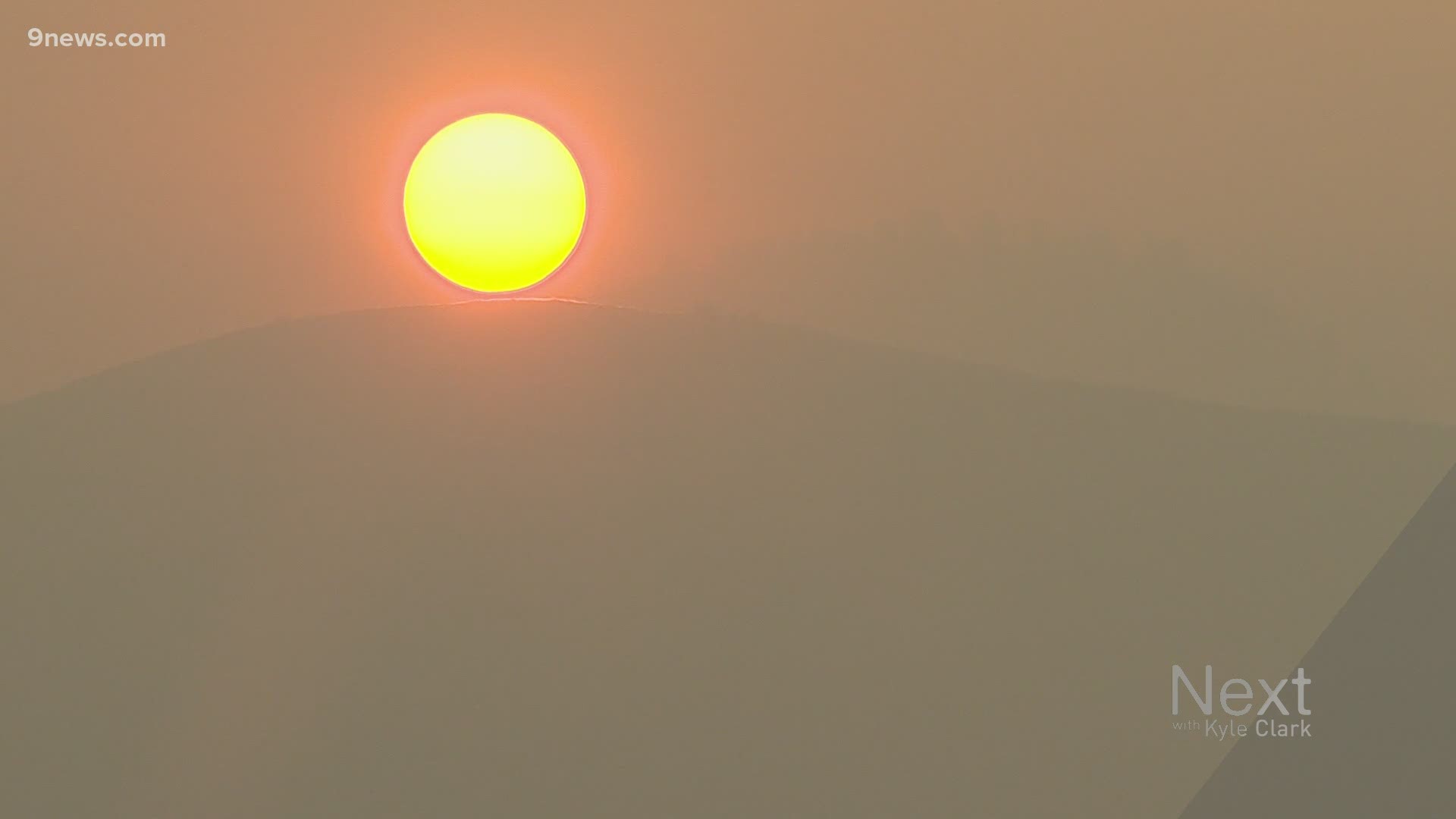 JACKSON COUNTY, Colorado — The Mullen Fire has burned 127,503 acres in southern Wyoming and northern Colorado as of Friday morning, leading to multiple evacuations and smoky conditions for much of the Front Range.

Three-way, and north on Colorado 125 and Colorado 127 have already been under a mandatory evacuation order.

The Larimer County Sheriff’s Office has also ordered a mandatory evacuation of Roach and Hohnholz in the northwestern part of the county along County Road 103.

Multiple evacuations have also been issued in Wyoming, where the Mullen Fire started burning Sept. 17 in the mountains west of Laramie.

As of Friday, 1,057 firefighters are on the scene of the blaze. According to InciWeb, the spread of the Mullen Fire is expected to be high for the next 72 hours as relatively warm temperatures and windy conditions persist.

>>> Watch the video for a look at the impact of wildfire smoke on the COVID-19 pandemic.

Smoke from the Mullen Fire, combined with the Cameron Peak Fire to the east in Larimer County, has led to warnings from health officials.

The National Weather Service in Boulder (NWS) said the smoke from the fire is expected to head east and linger on the foothills and eastern Colorado.

As day breaks, the extent of the smoke from the #MullenFire_WY and #CameronPeakFire can be seen across CO on the GeoColor satellite imagery. Expect areas of smoke to remain across the area, concentrating over the foothills and urban corridor. #cowx pic.twitter.com/jQOfDPVXmf

The Colorado Department of Public Health and Environment (CDPHE) has issued an air quality warning due to the smoke, which is expected to disperse by Saturday morning.

The Mullen Fire has also led to multiple closures in surrounding national forests in both Colorado and Wyoming.