Firefighters have lifted some evacuations in Colorado and Wyoming for the Mullen Fire, which is 27% contained. 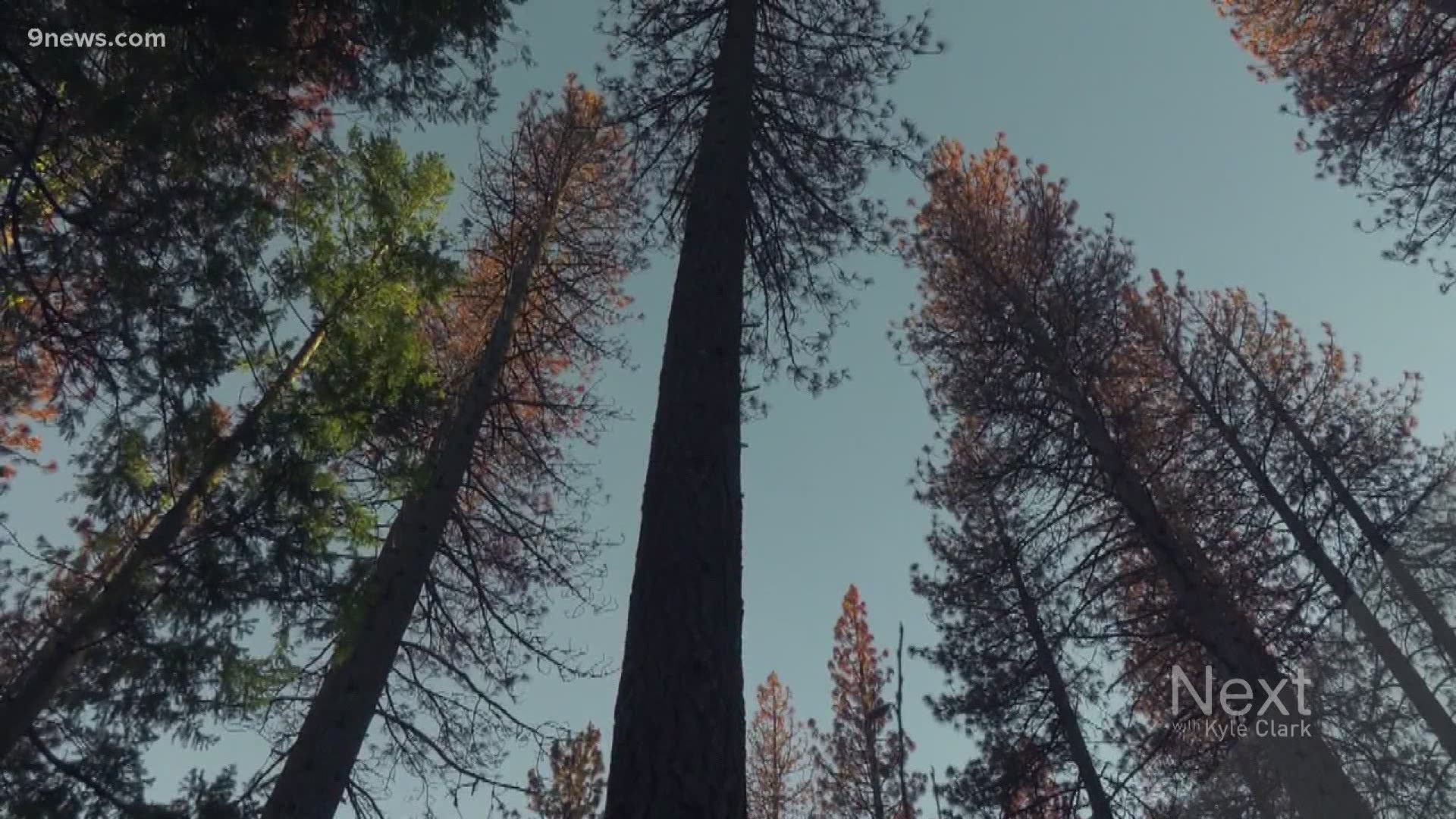 COLORADO, USA — The Mullen Fire that has crossed into Colorado border from the Medicine Bow mountains in Wyoming continued to grow over the weekend, but firefighters have been able to increase containment to 27% as well as lift some mandatory evacuations.

The fire has burned 175,564 acres since it first started on Sept. 17. That’s the equivalent of just over 274 square miles and larger than the Pine Gulch Fire, which is the biggest in Colorado’s recorded history.

Moisture over the weekend helped firefighters, as well as cooler temperatures in the forecast. The Mullen Fire is burning about 25 miles away from the Cameron Peak Fire and 38 miles west of Laramie, Wyoming.

Right now, firefighters say communities near Rob Roy Reservoir are at risk. This reservoir is the water source for the city of Cheyenne.

Firefighters said the Mullen Fire has destroyed 65 structures so far and led to 1,440 evacuations in the surrounding area.

Some of those mandatory evacuations have been upgraded to pre-evacuation status, including in:

Firefighters said the power company is working to restore some power in the area.

Areas still under mandatory evacuations include:

There are also numerous national forest closures in the area.

Firefighters estimate the Mullen Fire will be contained on Oct. 30.