Structure damage was confirmed along Manhattan Road and along Highway 14 between the fish hatchery and the Rustic area, according to the sheriff's office. 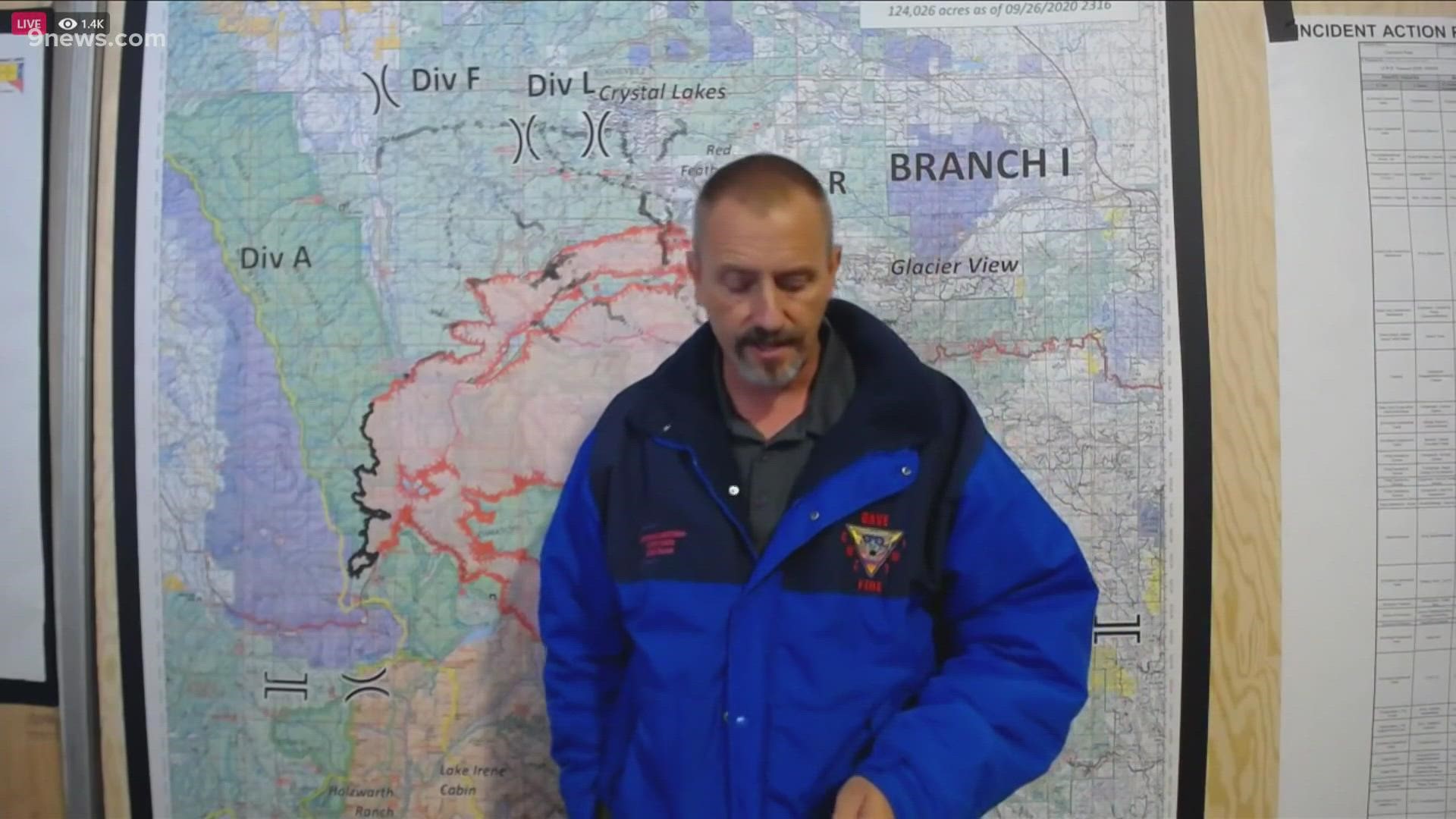 Structure damage was confirmed along Manhattan Road, according to the Larimer County Sheriff's Office (LCSO), which added it wasn't safe for the assessment team to access that area for now.

Structure damage was also reported Saturday along Highway 14 between the fish hatchery and the Rustic area. LCSO said assessments were happening Sunday in that area.

The fire has burned through 124,026 acres and was 21% contained on Sunday night. It's now the third-largest wildfire in Colorado history.

In a community meeting update Sunday night, officials said cooler weather is buying firefighters some time. But with temperatures as low as 20 degrees overnight, officials have to make sure equipment, including hoses, can survive the freeze.

Fire officials also said a new crew will be working the fire this week – crews typically rotate every 14 days to rest and be with family, but the current team has been in place for 21 days.

A map of current evacuation areas is below:

The wildfire was active Friday and Saturday, increasing on the north side of Comanche Reservoir, according to the operations team. Dry and windy conditions have lead to higher fire danger in Colorado.

Cooler conditions were expected Sunday, but gusty winds were forecast to continue. A few sprinkles and flurries were possible in late afternoon and early evening.

The fire was first reported on Aug. 13 east of Walden. A lot of its growth occurred over Labor Day weekend when extreme and winds combined for explosive growth.