The fire burned off of Quincy Road in Arapahoe County. 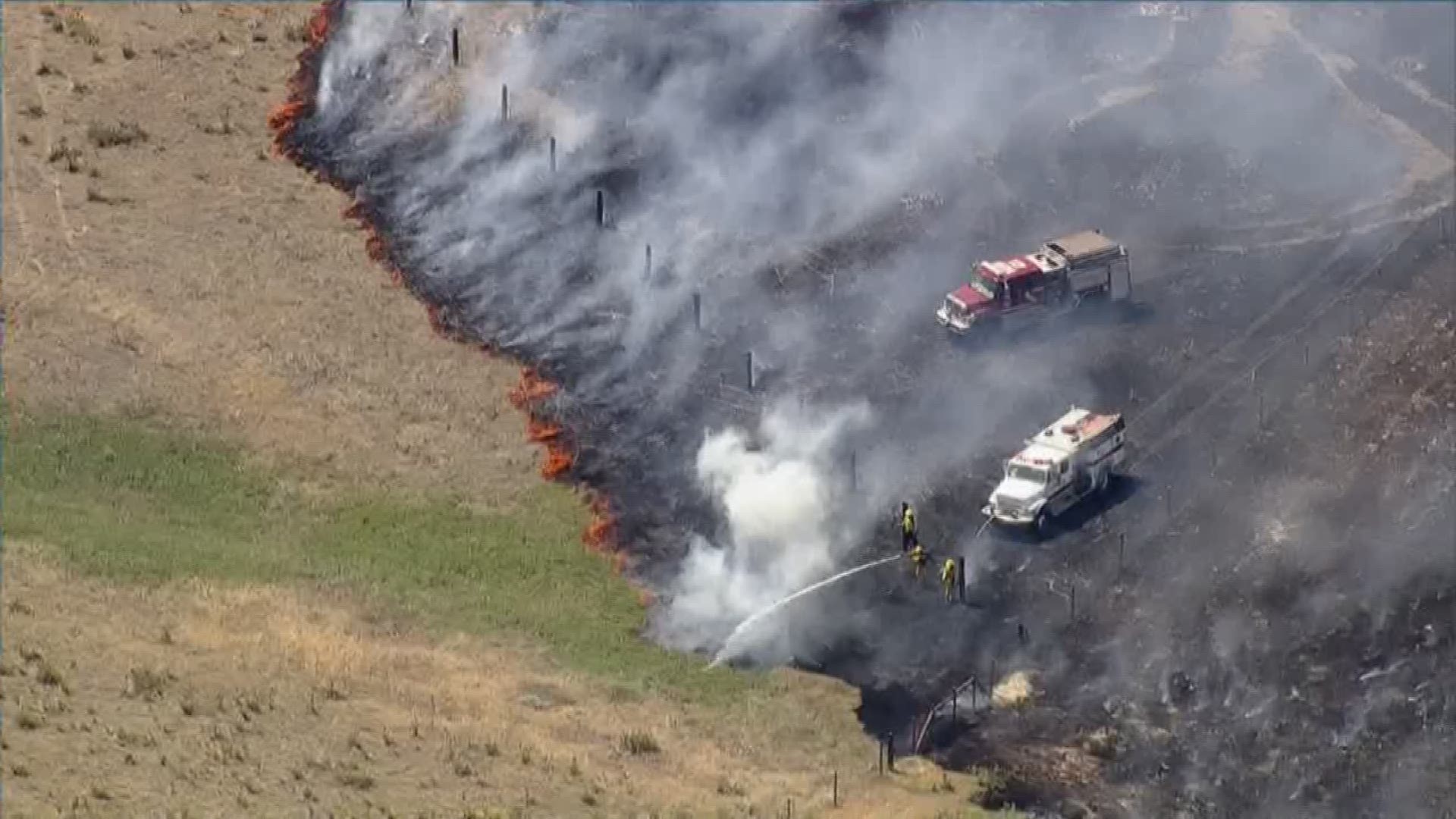 ARAPAHOE COUNTY — A grass fire near Bennett threatened homes and prompted evacuations, according to the Arapahoe County Sheriff’s Office.

The fire, dubbed the Tom Bay Fire, started in the area of Quincy Road and Tom Bay Road.

The Tom Bay Fire burned up 108 acres and is 100 percent contained, according to South Metro Fire. No structures were damaged and no people or animals were hurt.

Smoke from the blaze was visible from Kiowa, which is about 30 miles south of where the fire started.

At least 15 agencies were involved in battling the fire, including about 52 units comprised of 100 fire personnel and a helicopter.

The fire was determined to have been accidentally caused by agricultural equipment.