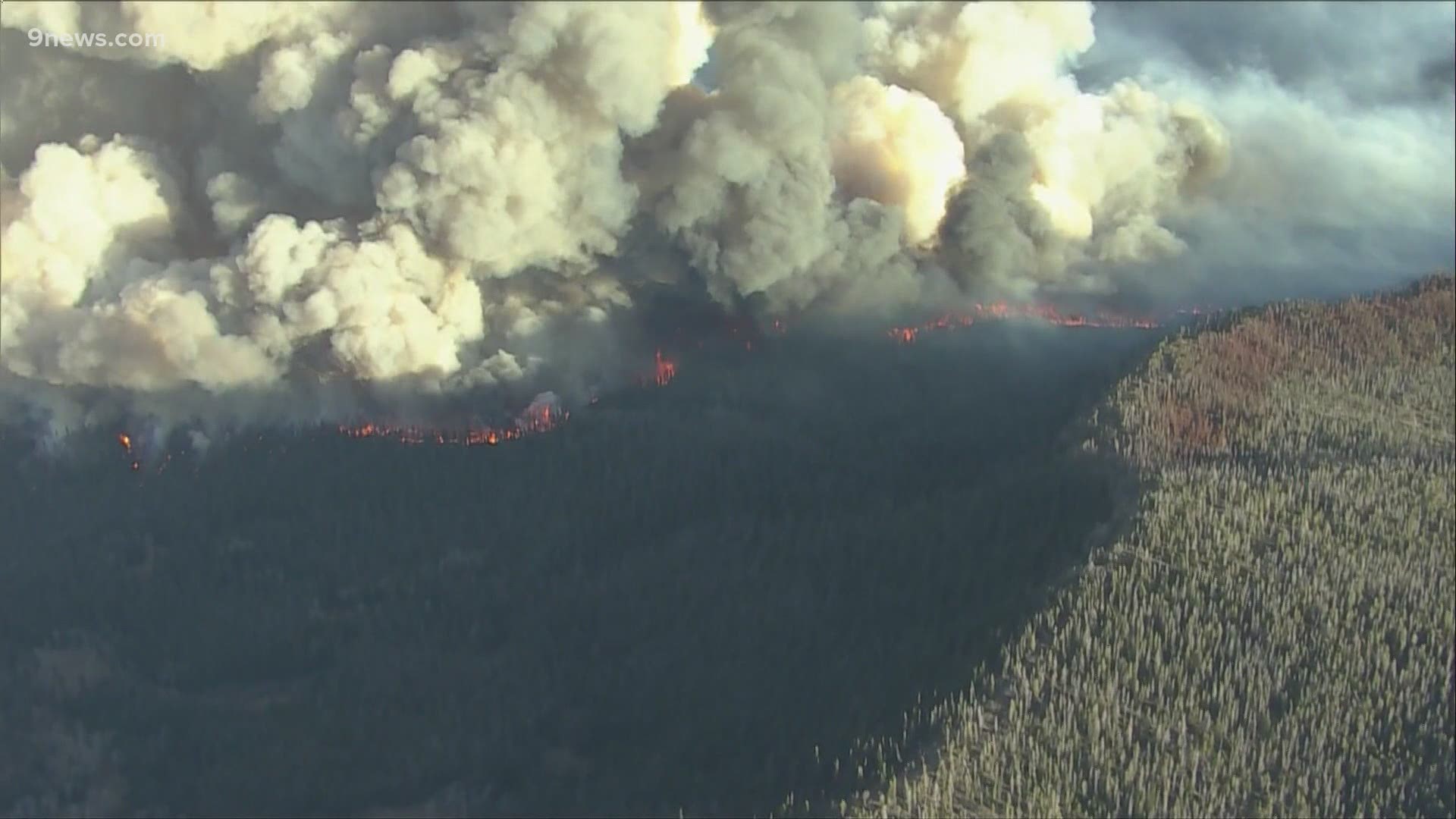 “This is not normal,” said Becky Bolinger, Assistant State Climatologist with the Colorado Climate Center at CSU. “We are seeing very unusual climate behavior and weather behavior that we don’t typically see this time of year.”

"The behavior of these fires in the past couple weeks has been completely mind boggling," she added.

“It seemed so incredibly rare that we could have a fire reach 200,000 acres,” she said, referencing the Cameron Peak fire growth last week.

“And then to have one just increase 100,000 acres in a day, which is what happened with the East Troublesome fire [Wednsday] night, and it could possibly give Cameron Peak a run for its money in size… this year, it’s not even fathomable.”

“We’re not getting the precipitation. But then, whatever is being stored in the surface we’re also losing even more of that than we should be, which exacerbates the situation,” she said.

“I don’t know if it’s a new normal, but it’s definitely so far of an outlier of what we typically expect in a fire season," Bolinger said. "Even in a bad fire season… it doesn’t fit in any of the statistics.”

While this kind of fire activity is rare this late in the year, there have been notable fires in the fall season in recent history. Examples include the Fern Lake Fire which burned in Rocky Mountain National Park in 2012, and the Junkins Fire that burned in Custer County in 2016.

So how does this fire season end?

While firefighters fight the burns from the air and sky, Mother Nature can offer a helping hand, too.