He has painted in same spot in RMNP for 20 years, but this year is different

A year after the East Troublesome Fire ripped through Rocky Mountain National Park, a local landscape artist returns to his favorite place. 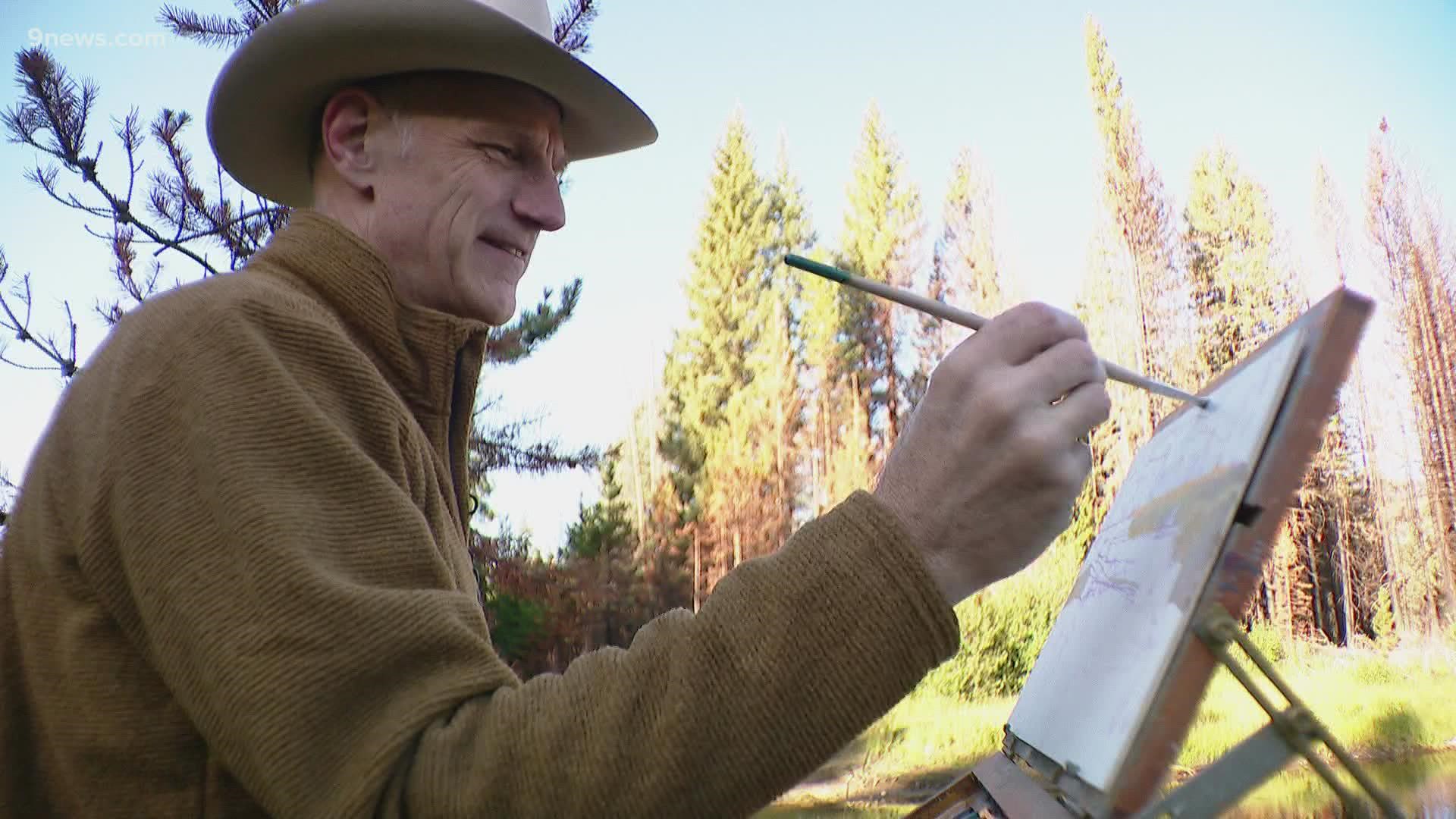 “The world doesn’t need any more pretty pictures,” Moore said. “There’s a difference between a pretty picture that is just like eye candy versus something that is poetic.”

Moore is a landscape painter who works out of his studio in Parker. He knows the poetry in this world comes from imperfection.

One of his favorite places to paint is case in point. It’s a bend of a river on the west side of Rocky Mountain National Park in the Kawuneeche Valley. It might not be the prettiest spot in the park, but it has a special place in Moore’s heart.

“There’s something special about this particular bend,” he said. “I’ve painted this bend in the river from slightly different angles maybe a dozen times, and they’ve all been recognized, whether it’s in a magazine or for awards.”

Over the two decades he’s been painting this particular scene, he’s seen changes. The first change he came years ago. The mountains remained the same, but the trees around them changed.

“I knew this valley was in trouble because the beetle kill started to work its way into the valley,” he said.

The pine beetle turned once-green hillsides to brown, but that wasn’t the biggest transformation he would see.

The biggest change came in October 2020. The East Troublesome Fire burned nearly 200,000 acres, making it the second-largest wildfire in Colorado history. It killed two people and damaged and destroyed 366 homes.

Moore watched as the fire raced through the west side of Rocky Mountain National Park. He didn’t know whether his favorite painting place had burned.

“I’ve got passion for that place, and I’ve got 20 years of stories and history and experience that I put onto the canvas,” he said. “I’m preparing myself. I’m preparing for the worst, and kind of that it’s not as bad as I think it is, but I’m worried.”

Moore’s first time back to the national park since the wildfire was just a few months ago. As he pulled his SUV over near the path that led to his spot, he exhaled and braced himself for what he might find.

“This valley was pretty much at the epicenter, it looks like,” he said. “It’s funny. It’s familiar but not familiar.”

The trees in the valley were charred. The trees that survived the pine beetles years ago were now rust-colored.

But there was still green everywhere. Grasses were growing back. Wildflowers were popping up. The creek that runs past Moore’s easel might have changed course, but birds still played in it and the water was high.

“Thankfully, my little corner here is hanging in there — I’m happy about that,” Moore said. “Just like the beetle, it didn’t get every tree or every last thing. There’s still signs of life and recovery.”

As he painted the new scene in front of him, he noted old friends, like a rock in the river. New friends, like burned tree stumps and some trees in the water, made for a painting that was different from his past ones, but no less interesting and beautiful.

“Even the reds we see right here are beautiful,” Moore said. “The greens, the reds, the blacks, where the trees have fallen into the water actually makes the water more interesting.”

Now, more than ever, Moore said he appreciates the poetry that comes from imperfection.

“It got knocked to its knees, but it didn’t get knocked out,” he said.