The largest wildfire in Colorado history is now 87% contained

They're beginning to remove equipment and release crews as they near full containment. 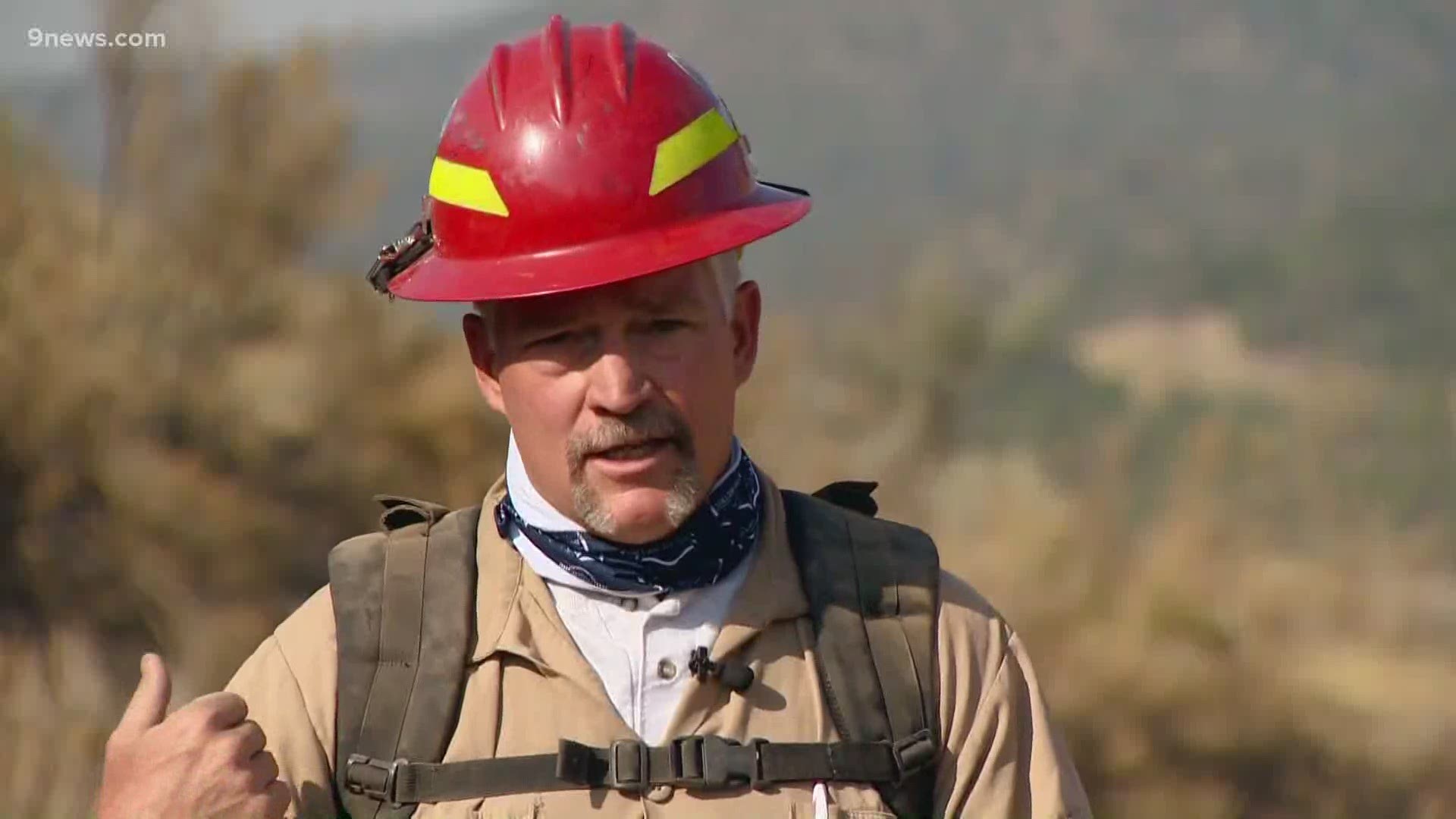 MESA COUNTY, Colo. — The Pine Gulch Fire has surpassed the Hayman Fire of 2002 to become the largest recorded wildfire in Colorado history.

The Pine Gulch Fire, burning in Mesa County north of Grand Junction, has burned 139,007 acres and is 87% contained as of Friday, Sept. 4.

Firefighters continue to monitor, patrol and mop up the fire. As containment has grown, they've also removed equipment and as of Friday morning, all but four of the 300 water pumps that were used to protect structures threatened by the fire have been removed. Firefighting personnel are also being released as the fire approaches full containment.

On Thursday, an area of focus for hand crews was mopping up along the southern rim of the East Salt Creek main canyon. Fire officials said there was no fire perimeter growth and that smoldering and creeping fire activity will continue within containment lines.

More than 575 personnel are helping to fight the Pine Gulch Fire, which has burned five structures — one a primary residence, which burned Aug. 18, and four minor structures, such as sheds.

There are no longer evacuation or pre-evacuation orders for the Pine Gulch Fire, as of Wednesday.

Credit: Ryan Cassidy
Rancher Ryan Cassidy said their cattle in Mesa County, Colo. made it through the Pine Gulch Fire and even still had a little feed and water.⁠

Ranchers in the area are feeling the impact of the Pine Gulch Fire. Many of their cattle graze on private or BLM lands that burned in the fire. They've spent days wrangling their cows and getting them away from the fire and smoke.

“They’ve just been dealing with a tremendous amount of stress," said Michelle Gillilan.

Gillilan said she knows many of the ranchers well. She and her husband own D&M Meats, a meat processing company in Fruita.

“It’s just a lot of work and it’s hot outside and it’s a lot of long hours," she said.

Last week, Gillilan called a friend and the two developed a plan to help ranchers get through each day.

“I firmly believe, sometimes God gives you an idea and then he gives you people, and that’s what he did because I called her at 9 o’clock at night in a cow pasture and I said, 'hey, can we help feed people?'" she said.

Since last Friday night, D&M Meats has been home base for donations of food from all over the Western Slope. Gillilan's company provided much of the meat, and caterers and volunteers stepped up to bring the rest. 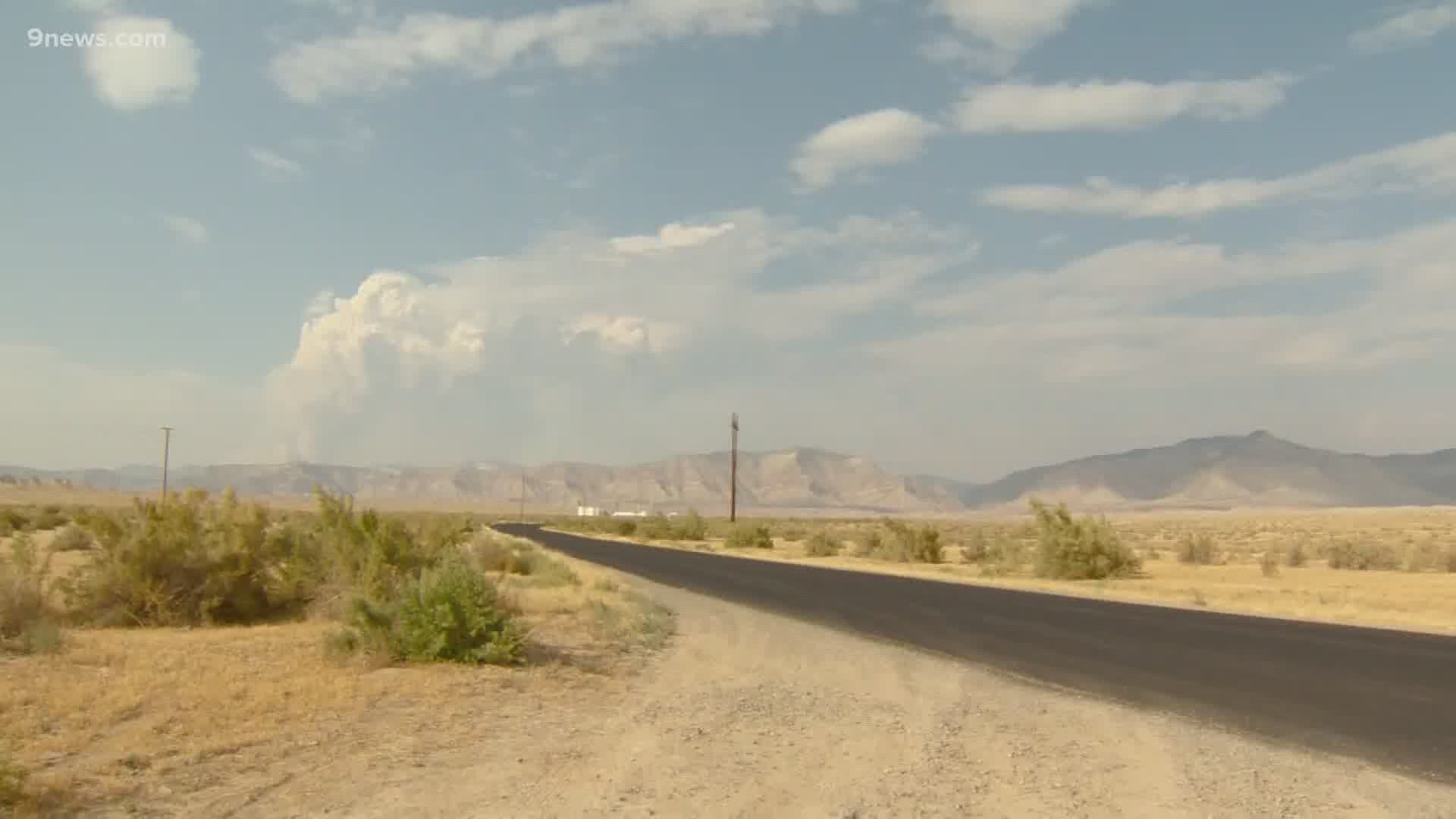 “We just had the space and facility to be able to handle it and get it repackaged to the people it needs to go to," she said.

All the donated food is donated to ranchers and their families.

“We just wanted them to know we’re thinking about them and we love them, and we want them to be able to keep doing what they’re doing and offers of help are always here from all of us if they need anything," Gillilan said.

The offer to help their neighbors will likely stand long after the smoke from the Pine Gulch Fire clears.

On Thursday, ranchers like Brian Bivins and his wife, Stephanie, were still trying to collect all their cows and bring them home.

The couple spent days rescuing cattle from the path of the fire that blackened hillsides in De Beque, just northeast of Grand Junction. 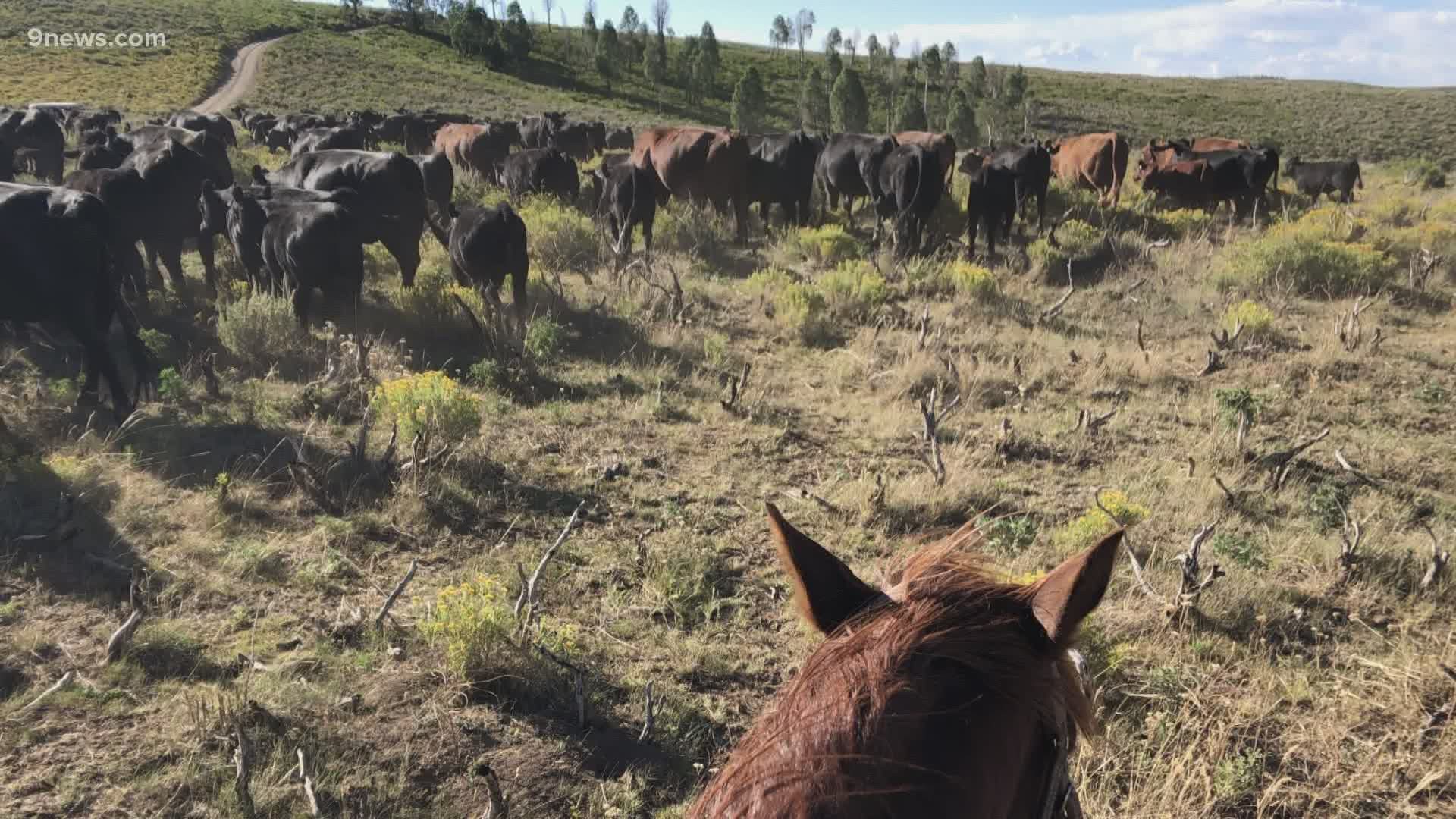 “We just had to make a decision and just go cause it was a minute to minute thing when it was really burning," Brian Bivins said.

The Bivins said they moved 350 head of cattle about 25 miles across a mountain.

“The cloud of smoke behind you with swirling dust and ash and you’re trying to stay calm to move these cows and they’re confused," Stephanie Bivins described the experience.

The Bivins said they lost about 100 acres of irrigated land as well, but they consider themselves fortunate.

“There’s darn sure a lot of good that came out of [the fire]," Brian Bivins said.

The family took in their neighbors who had to be evacuated. They shared community meals and did their best to distract one another from the destruction of the Pine Gulch Fire.

“At dinner time, we ran out of seats," Brian Bivins laughed. "The kids sat outside in the grass.”

“It was really good for the kids really because it was a distraction for them to have other kids to play with," Stephanie added.

The couple knows it will be a long road to recovery for ranchers near Grand Junction. Still, they're hopeful for the future and know De Beque will always be home.

"We love it here, and plan on staying," Brian Bivins said. "It’ll turn back around and go to raining one of these days."

The Pine Gulch Fire was sparked by lightning on Friday, July 31 and is located in Mesa and Garfield Counties in western Colorado. The fire is burning in remote, rough terrain, in pinyon, juniper, oak, and sage brush, according to the Grand Junction Field Office of the Bureau of Land Management.

> Read the latest report on the fire here. 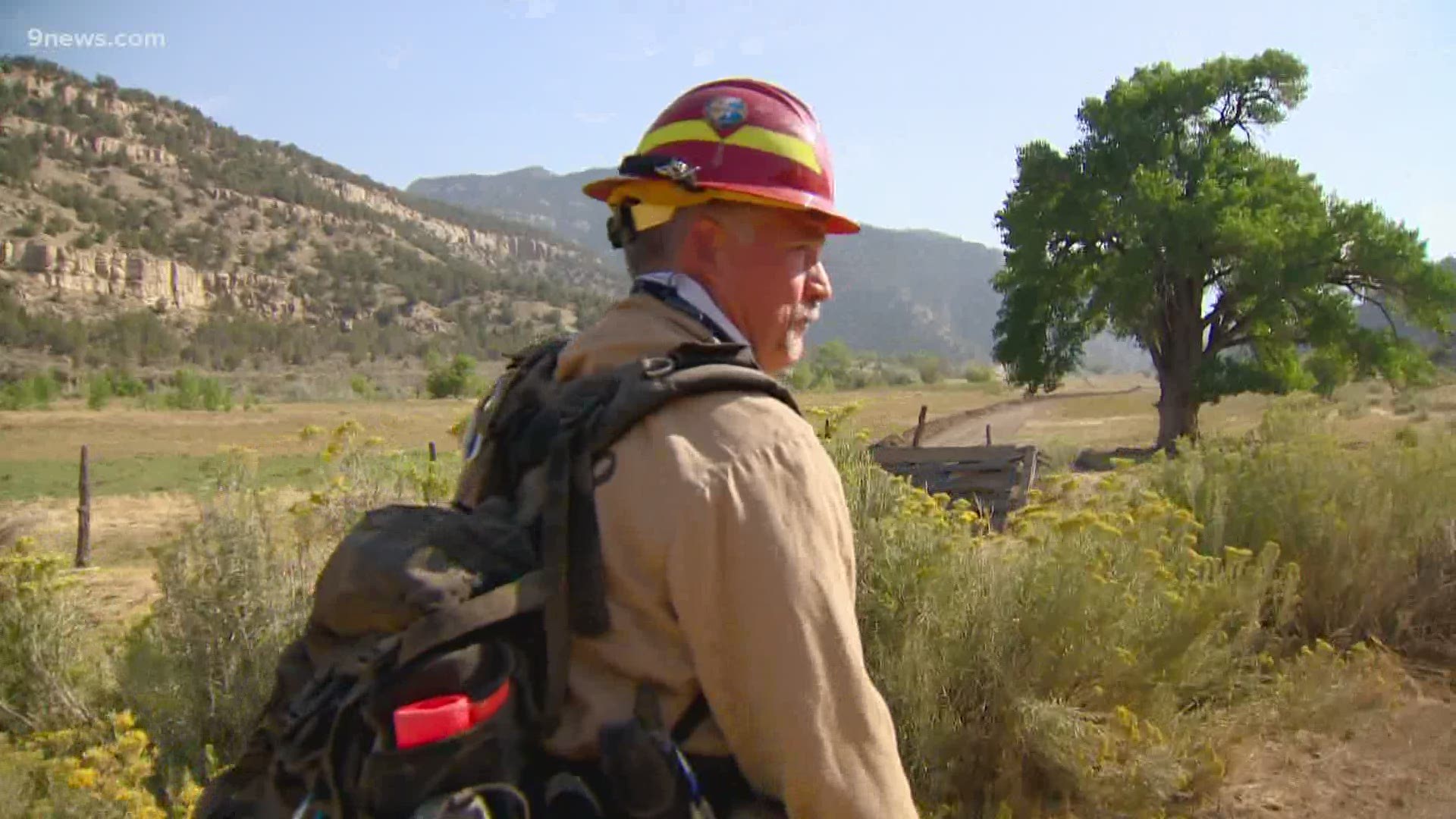