Rain is acting as a double-edged sword in Colorado. It helps with fire containment, but also creates mudslides. 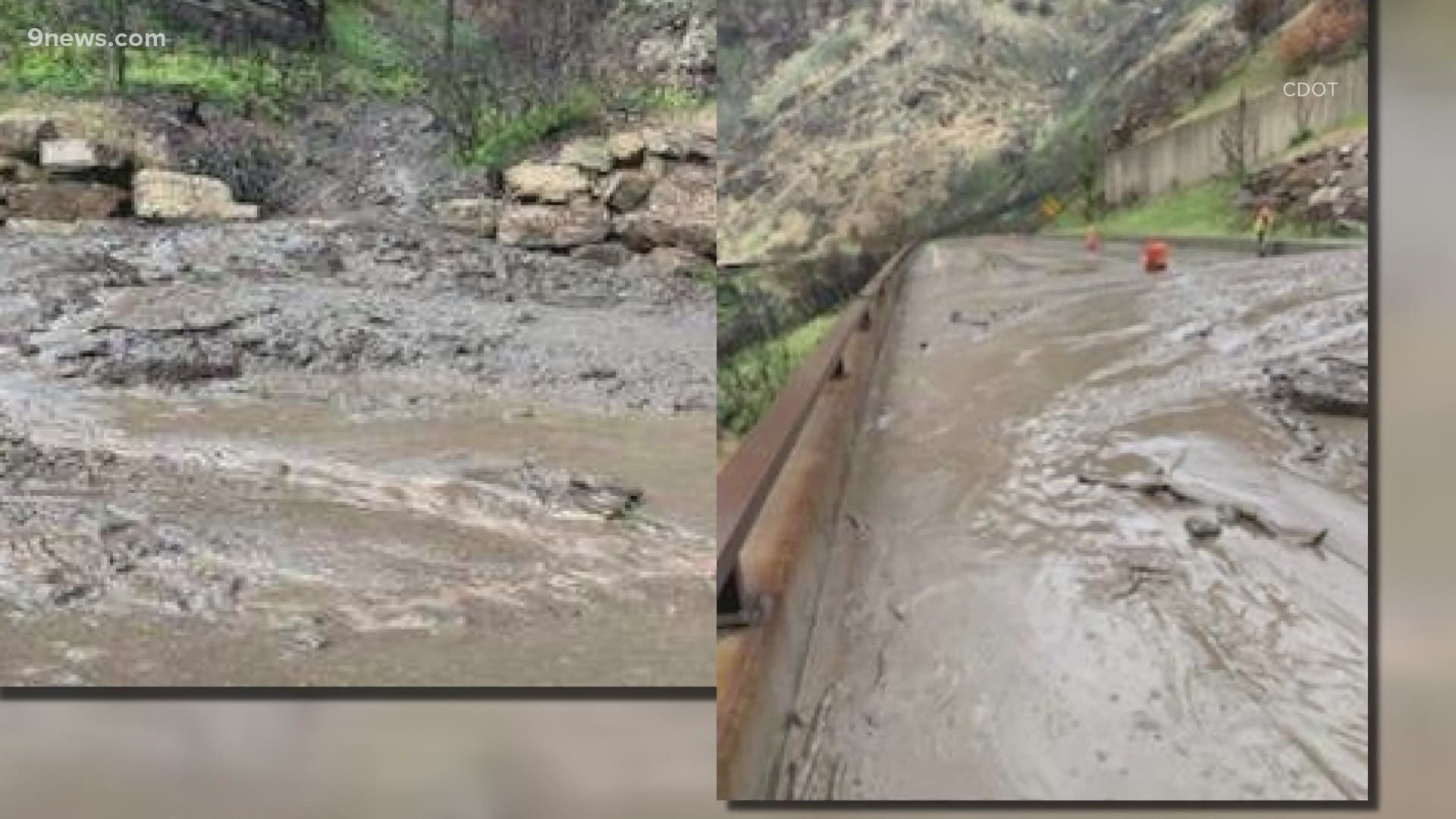 "As of noon today [Wednesday] we are expecting rain in the forecast,” said Elise Thatcher, CDOT Region 3 Communications Manager.

CDOT is preparing as best as they can for new troubles caused by the 2020 wildfire season, especially in and around Glenwood Canyon near the Grizzly Creek burn scar.

"We've had these mudslides take place, we've had the high potential for mudslides to take place and we've got a plan in place so we can respond as quickly as possible,” Thatcher said.

Nearly a year after the Grizzly Creek Fire, two mudslides happened over the weekend. Prompting the closure of I-70 in that area.

RELATED: I-70 in Glenwood Canyon reopens

One year after the Waldo Canyon Fire in 2012, CDOT crews responded to a deadly mudslide in Manitou Springs. That's why they're now working with the National Weather Service to keep the canyon clear well before the risk of anyone becoming trapped.

Meanwhile firefighters are catching a break, creating fire lines at every fire around the state. The Sylvan Lake Fire is at 44% containment after having no containment just last week before the showers.

Those battling the fires said they'll take the rain without the lightning, which may be the cause of some fires.

“I don't know that any of them have been 100% determined to be lightning strikes. But that is – it's always a concern,” LeClair said.

As both teams do what's needed to keep people safe, they're asking you for one thing ahead of the 4th of July weekend.

"We just want people to be able to enjoy the area. But please stay out of the fire perimeter especially,” said LeClair.

And be prepared to pump the brakes or activate your backup plan.

I-70 will close in the Glenwood Canyon area if the National Weather Service issues a Flash Flood Warning.