A risk reduction specialist with South Metro Fire said a streak of hot, windy days can reduce or eliminate the benefits of that rain. 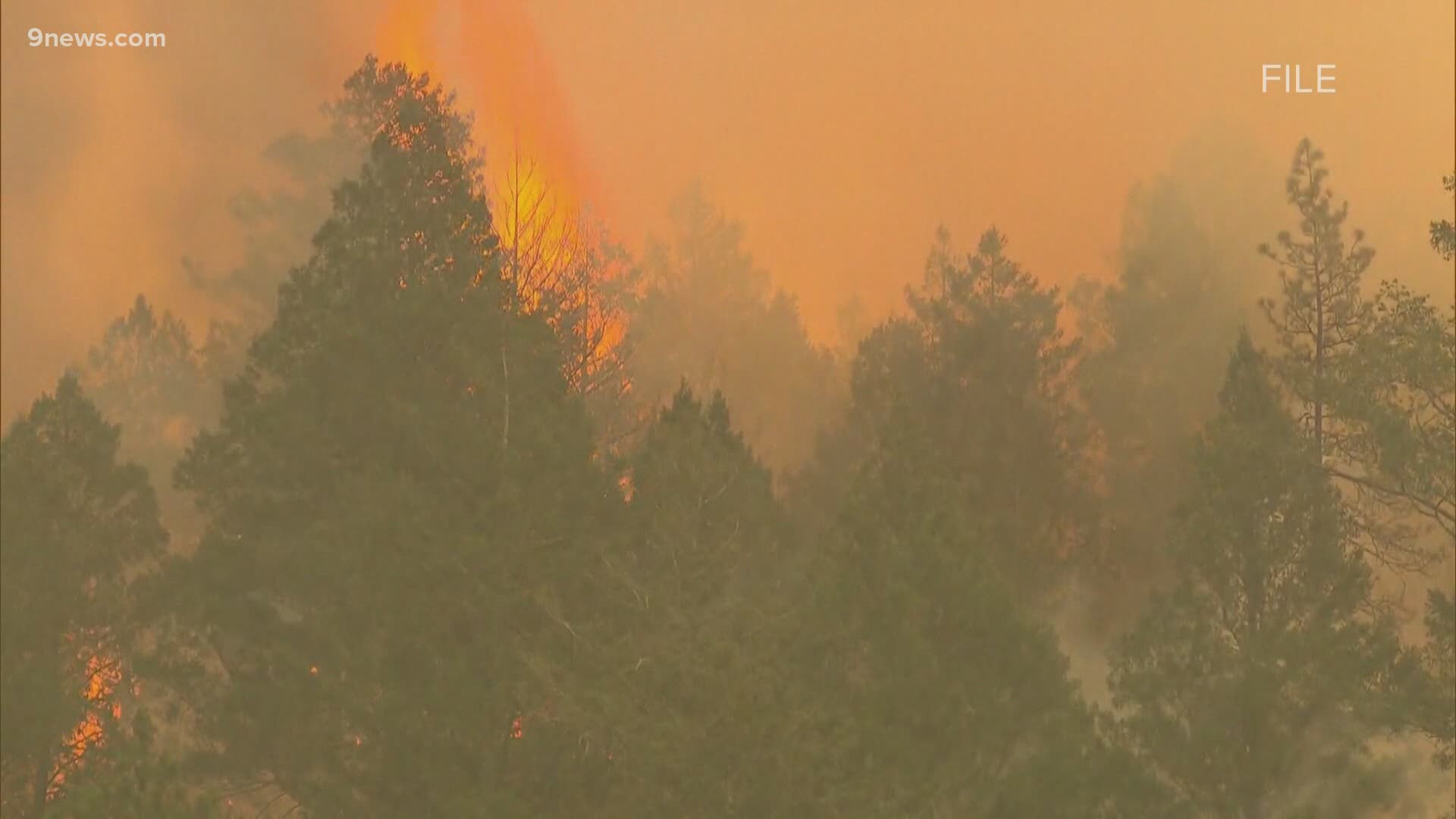 COLORADO, USA — Since March, there has been a lot of rain on the Front Range. Denver even saw above-average precipitation totals for two months in a row.

Einar Jensen, a risk reduction specialist with South Metro Fire Rescue, is still expecting a devastating wildfire season especially in the western part of the state.

Most of the areas east of the Continental Divide have had normal to above-normal precipitation over the past six months, while almost all of the western part of the state has been below average.

That precipitation is reflected in the drought monitor. Northeast Colorado dropped the drought level to "none" in mid-May. The Western Slope continued to show exceptional (D4) and extreme (D3) drought.

"It is imperative that all of us are smart with fire every day of the year," said Jensen.

It's not too often that we see the drought monitor change 5 categories in 3 months! The south Denver metro has had 8-12" of precipitation since mid-February, and went from D4 (exceptional drought) to drought-free. But still no improvement in western Colorado, unfortunately. #cowx pic.twitter.com/SbwPIUPpLI

Even though the Denver Metro area's drought conditions are improving, Jensen explained benefits from a rain storm only last in the short term. He worried the rain will give people the excuse to not be as careful.

"Once that relative humidity starts decreasing and we get lots of sunshine and dry winds coming through the area, the benefit of that rain will disappear into the wind," he said.

In April, the state released its 2021 wildfire outlook. Officials warned that this year has the potential to be another devastating wildfire year, with above average temperatures and below average precipitation forecasted through June.

Those conditions will cause continued drought conditions, and above-average to significant fire potential in portions of southeast Colorado.

"Each of those wildfires creates a threat to those emergency responders and quite honestly, I would like them to go home safely at the end of their shift," Jensen said.

Core fire season is expected to begin in the second half of May, and intensifying drought conditions will expand fire potential northward through June, impacting the majority of the Western Slope by July.

"Colorado’s wildfire season starts from January 1st to December 31st any time there is no snow on the ground or there is not currently a rain storm occurring," said Jensen.

Fire seasons are turning into years.

Firefighters know a period of rain won't be enough to stop devastation in the long term.