The family of Lyle and Marylin Hileman returned to the property where they died to say a final goodbye. 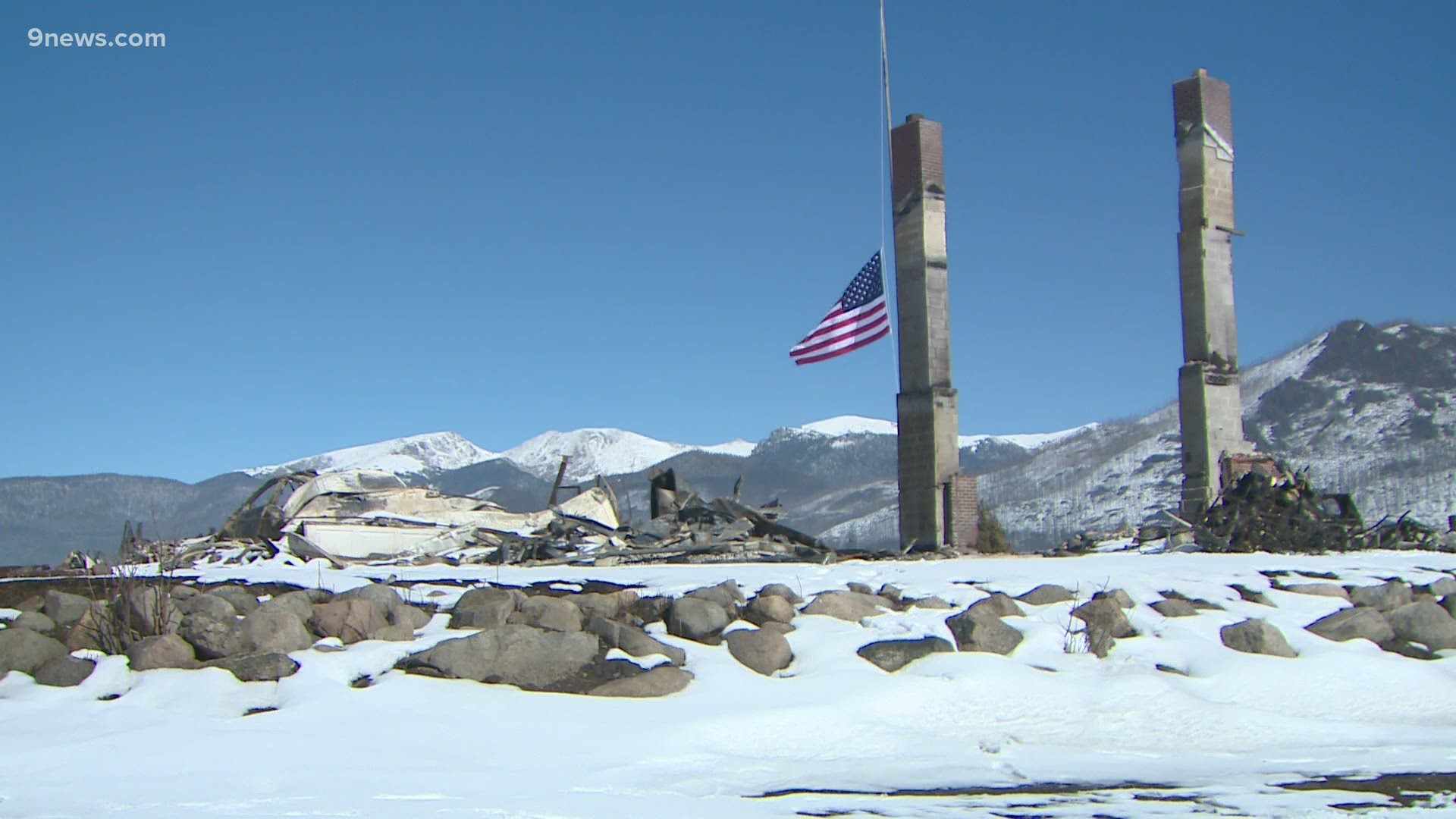 GRAND LAKE, Colo. — The East Troublesome Fire didn’t just leave scars. It stole from families like the Hilemans. And memories are all the fire left behind.

"It’s hard. They’ll be missed," said Glenn Hileman, whose parents Lyle and Marylin died in the fire. "While the home may be gone, the memories will never fade."

A pile of rubble and memories untouched.

The Hileman family said they will never forget the time they spent at the big yellow house outside Grand Lake. Lyle and Marylin loved having guests.

Friday, they gathered for a different reason after Lyle and Marilyn chose not to evacuate when the fire exploded.

"It’s just a home, but it’s a home that our parents built. It was a home they dedicated their entire life to," Glenn Hileman said. "As a fireman, my dad didn’t have the means to do it quickly, nor to hire help to come do it. So stick by stick, he and my mom worked for 30 years building it.

Few things are recognizable inside the big yellow house. The flag that always flew above it was beaten, tattered but not destroyed, and two trees that stand in a pasture burned to ash.

"That is a miracle that these trees are still standing," Glenn Hileman said.

Lyle and Marylin planted the trees years ago with the hope that one day, when their time came, they’d be buried together in the place they loved.

A final goodbye and a lasting memory, just the way Lyle and Marilyn dreamt it would be.

Lyle worked as a veteran and a Denver firefighter for three decades.

"He was my childhood hero. All of my friends wished that their dads were fireman," Wayne Hileman, the youngest of Lyle and Marylin's children said. "We all feel very blessed and very fortunate to have had mom and dad in our lives for so long."

The American Legion honor guard came Friday and brought down the tattered flag and raised a new one for the Hilemans.

"We saw the flag survived somehow. Not much of it, but it’s still there," Glenn Hileman said. "She always was religious in making sure that flag hung high above this meadow, and we thought there would not be a more fitting way to pay tribute to grandma than to raise her favorite flag on her favorite pole."

Glenn and Wayne Hileman's family said they are at peace. They know their parents died together in a place they loved.

"There’s a certain peace that comes from knowing that this was exactly what they wanted," said Wayne Hileman. "They wanted our family to be together. They wanted the love that they had always exemplified to be present on the day that they were laid to rest."

The fire stole a lot from Grand County, yet it spared a way for the Hileman’s to say goodbye.