About two weeks after evacuation, the family got word that Buttercup is alive. 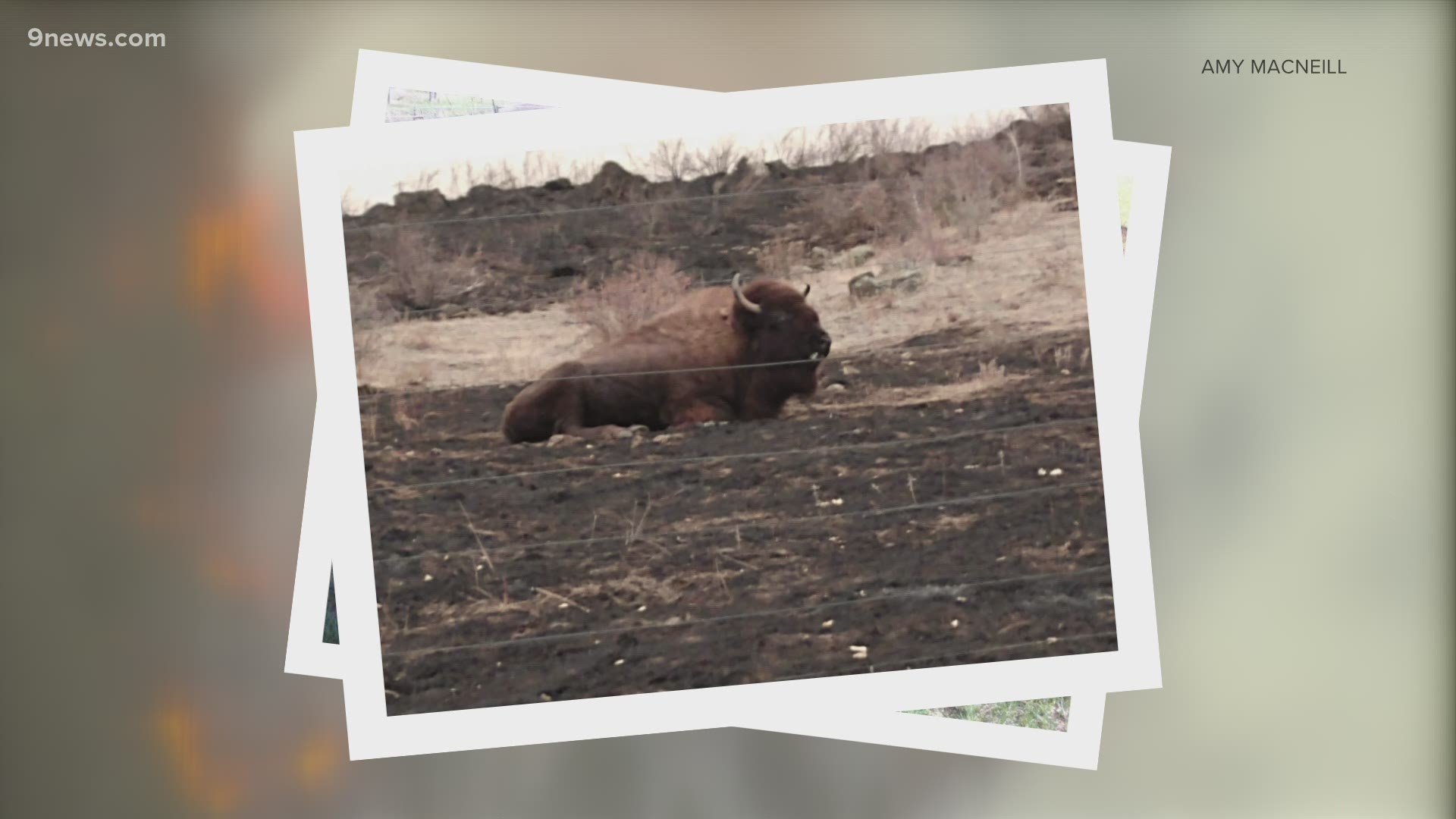 BELLVUE, Colo. — As the Cameron Peak Fire directed its flames towards their home in Bellvue, Dr. Amy MacNeill and her partner loaded up all they could, but had to leave their 22-year-old rescue bison, Buttercup, behind.

Six days or so passed before they knew that Buttercup survived the fire, said MacNeill.

Along with packing her bag to evacuate, she scooped up her three cats, three dogs and three horses — but Buttercup was not so easy to pack.

To give Buttercup a chance to escape, MacNeill turned off the electric fence before leaving.

"Finding out Buttercup survived the fire was probably the best news of our last two weeks," MacNeill said to Colorado State University (CSU).

Unfortunately, their home burned in the fire after evacuation.

After receiving information about the house, MacNeill said she got the news that a firefighter had been taking care of a bison.

Buttercup came with the now-burned property MacNeill bought in 2013 when she moved to Colorado.

Since the lifted evacuation, the MacNeill family said they will be able to keep her water from freezing using electrical service from a nearby neighbor.

"The support of this community has been overwhelming," MacNeill said to CSU. "A shout out to the firefighters – I can't imagine them taking care of the animals out there while they're trying to do everything else, too. It's amazing."