This type of firefighting technology hasn't been used in Colorado, but it could change the way the state fights wildfires. 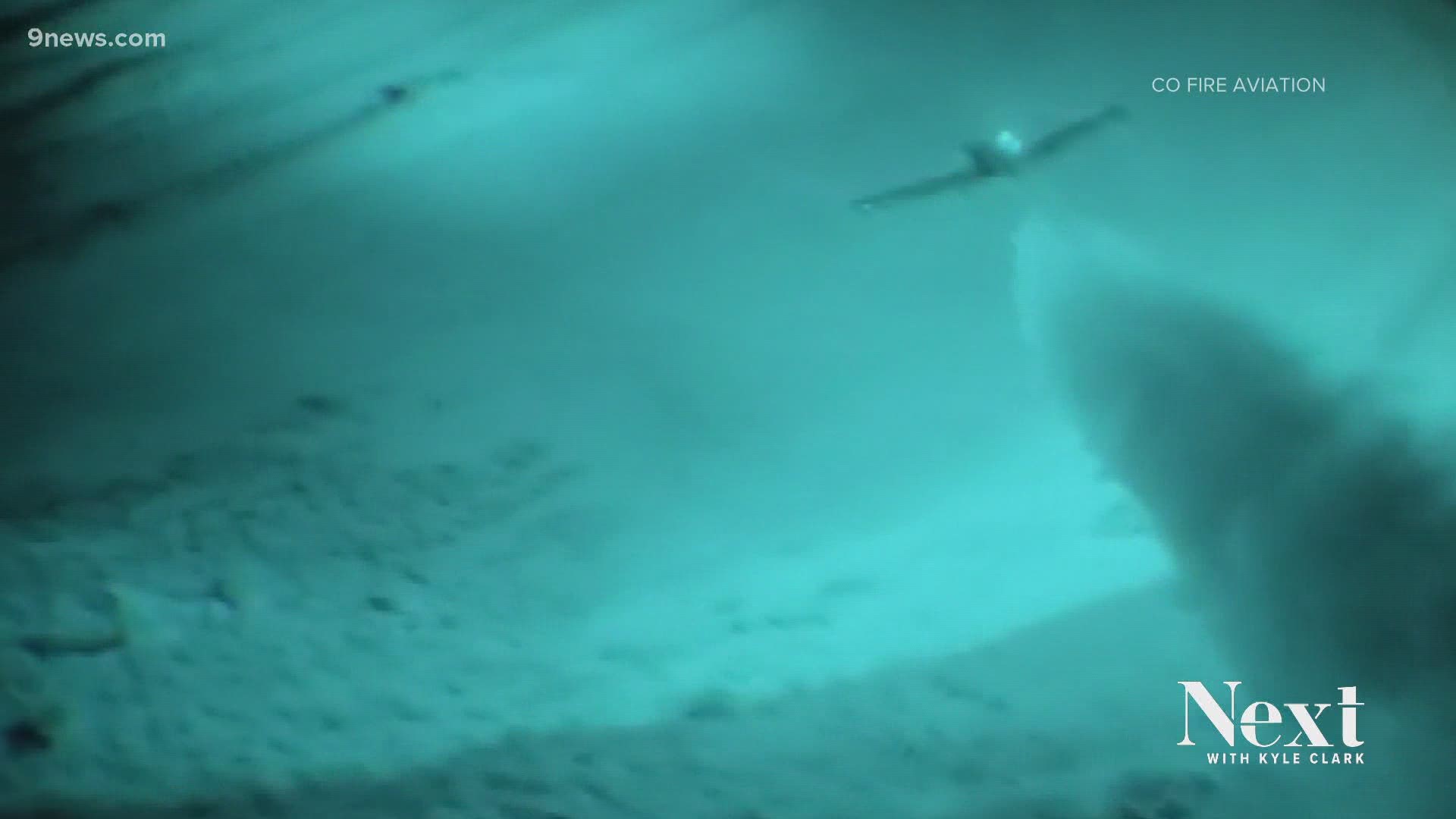 DENVER — Wildfires do not stop burning at night.

Yet, one method to fight those fires ends when the sun goes down.

Fighting a wildfire from the sky does not happen at night in Colorado, or most states. California uses helicopter water drops at night. The Oregon Department of Forestry has access to a plane that can drop retardant at night. One that could be used in Colorado.

"With this technology, we could go a couple hours past that (8:52 p.m.). So maybe that will help save those houses. Where otherwise we can't fly, there's no chance," said Sullivan.

RELATED: Insurance-based firefighting: These crews don't go out to save every house

The plane drops retardant from an altitude of about 60-to-80 feet.

That is pretty close to the ground, day or night.

"Another misconception is, 'Well, how can you see power lines? Cell towers? There's all these things out there that could cause an accident. You can see them better at night than you can during the day," said Sullivan. "A power line is extremely difficult to see during the day. We always look for the power poles, not the power lines, but with this technology we see the lines."

It takes more than moonlight to be able to do this type of firefighting at night.

"Pilot's equipped with night vision goggles," said Sullivan. "The airplane's outfitted with numerous different infrared lights, specialized bright lights to help light up the area for him. Some of those lights we can't see, unless we have goggles on, only he can see them."

"They still do the job of warning the other aircraft where they're at, but they're not as bright to him in the airplane," said Sullivan.

CO Fire Aviation has two planes that cost $38,000 each to equip for nighttime firefighting. 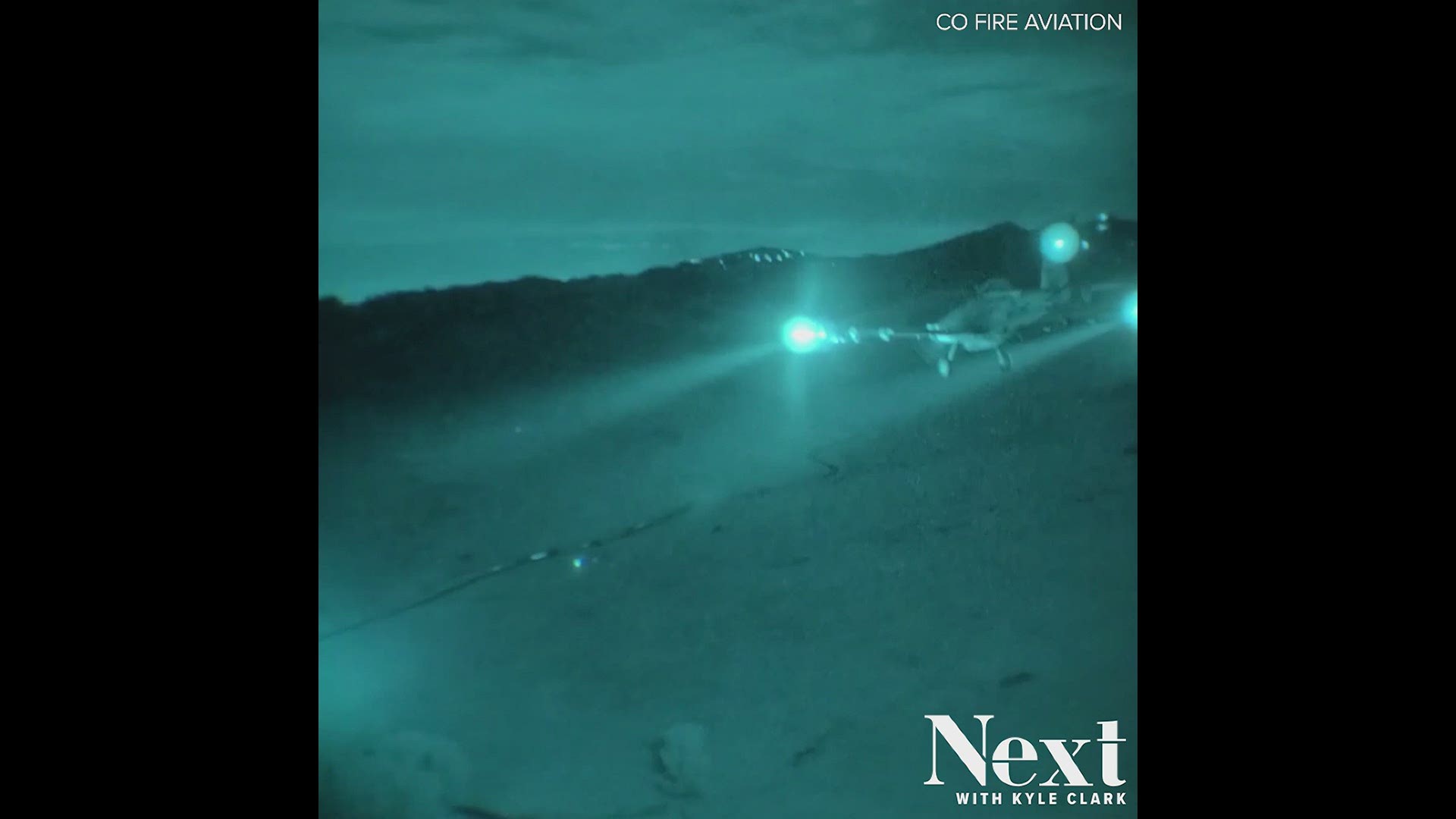 The state's contract currently provides for daylight aerial firefighting, so it would have to be reworked for these planes to be used at night in Colorado. Though, the county crews that watched Thursday night's demonstration could convince county management to request these planes on county-managed fires.

A new tool, less than a year since Colorado saw the state's three largest fires.